When it comes to buying a new vehicle, there are many options in the Philippine automotive market that are ready to heed that call. Some will come with all-electric drivetrains, while others will come with either a gasoline or diesel engine. Until recently, diesel engines were a common powerplant to have in SUVs and pickup trucks, and over time these motors have also made their way into sedans. This has opened up more options to those who want a torquey and fuel-efficient vehicle. That being said, here are a couple of reasons why you should consider buying a diesel-powered vehicle as your daily driver.

Related: Gasoline vs Diesel, should I buy a diesel car? One area where diesel engines excel over their gasoline-powered counterparts is torque. Thanks to modern technology and the use of turbochargers these motors will often produce more torque than their similarly equipped gasoline counterparts. However, gas-powered vehicles do produce more horsepower which lets them hit higher speeds not considering gear ratios.

That being said, diesel-power has evolved to produce higher horsepower figures bringing them closer to their gasoline counterparts in this regard thanks to longer gear ratios and more advanced transmission technology. With torque still being their strong point, these engines are ideal for bigger vehicles as they can easily bring them up to highway speeds. Even when attached to much smaller vehicles such as a subcompact sedan, these engines can prove to be powerhouses as they can rocket the car to triple-digit speeds very quickly without too much effort.

With that in mind, if top speed is what you are after, then a diesel-powered vehicle might not be for you. If you want a car that comes with a strong and steady engine that will get the job done, buying a diesel might just be the best choice for you. The main reason people buy a diesel-powered vehicle is their improved fuel efficiency over gasoline cars. These vehicles can often average about 30% more in terms of fuel economy compared to a gas-powered car with a similar engine. The same can even be said for diesel SUVs and pickup trucks that are about 20% more efficient. To add to this, diesel in the Philippines is often more affordable compared to gasoline, this can save you from more frequent visits to the pump and save you some money.

Diesel-powered vehicles also excel when it comes to highways. So, if most of your time is spent traveling on a highway then a diesel car could be for you. These kinds of vehicles will stay in the lower portion of the rev range thus consuming less fuel. When more power is needed, a quick press of the accelerator pedal will quickly spool up the turbo and your car will quickly gain speed.

Related: Most fuel-efficient diesel cars in the Philippines 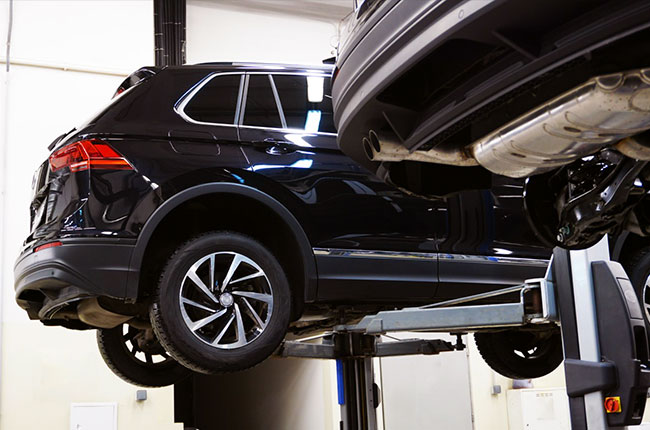 In certain aspects, diesel-powered vehicles will require less maintenance compared to their gasoline counterparts. This is because these kinds of motors do not use spark plugs or distributors, thus there is no need for an ignition tune to be done. That being said, diesel engines do need to have more frequent oil changes along with other maintenance-related consumables. Some diesel cars will also need to have their water separators emptied regularly to ensure that the engine runs smoothly. With that in mind, a diesel-powered vehicle may require more visits to the service center for oil changes to keep it in top condition and for the engine to be environmentally friendly and in working order. This is something to consider if you want a diesel vehicle for your daily commute. Older model diesel engines used to be noisy and crude, however, that has changed with the introduction of more modern engines. These newer engines are more refined while still being able to produce great power figures. They have evolved to be less clattery and come with some of the refinement that one would expect from a gasoline engine. In fact, one of the most refined midsize sedans in the market is the Mazda6, and that model comes with a diesel engine option.

While these newer engines are much smoother than they were before, they can still be clattery and aren’t as quiet compared to their gasoline counterparts. With that in mind, it all boils down to your personal preferences. If the heavy idle of diesel powerplant annoys you then maybe these kinds of vehicles aren’t for you. If you don’t mind the sound and want the power that these engines bring then you should definitely consider a diesel-powered vehicle.

Should you buy a diesel-powered vehicle?

If you want a vehicle that has a great amount of torque and is fuel-efficient then the straight answer is yes. Something to keep in mind is that there are only a few vehicles available in the Philippine market that come with a diesel powerplant. These are often on the more expensive side and often come in the form of SUVs and pickup trucks. There are a few diesel-powered cars and crossovers that are available in the market, but the choices are still limited. That said, these are still great vehicles to consider for your everyday commute.