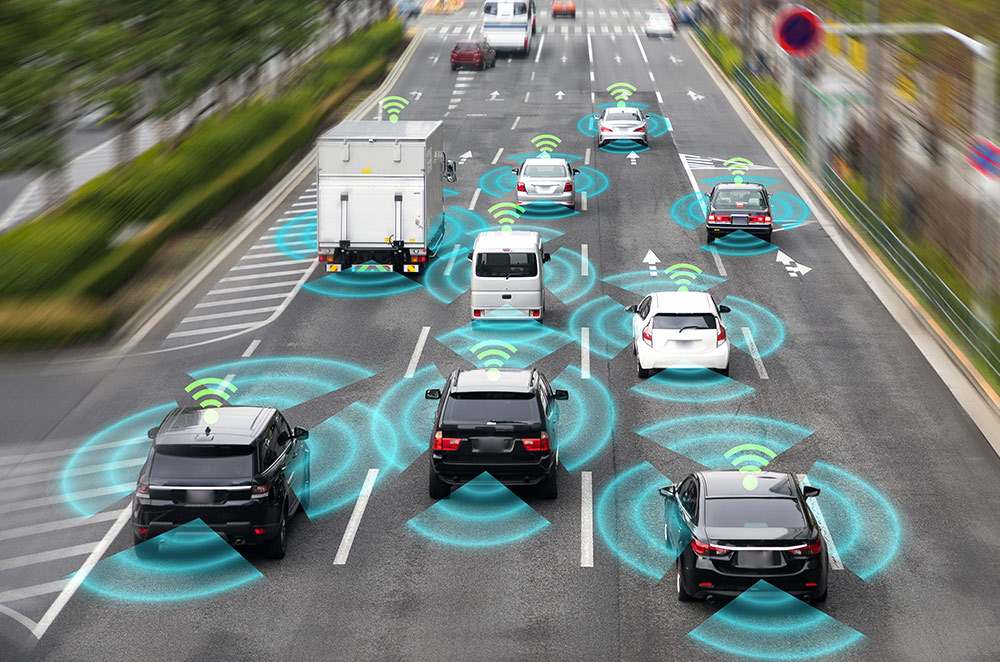 The cars available in the Philippine market today are getting more and more advanced, especially in the field of safety. These began with the touchscreen infotainment system and now include advanced safety features that were once only available in the upper market segment. Owning a car and utilizing its features has become a bit more difficult, especially for those who are not as technologically inclined. With that said,  we have created a quick list of features that we think new car owners should get familiar with and understand the role they play in your vehicle. 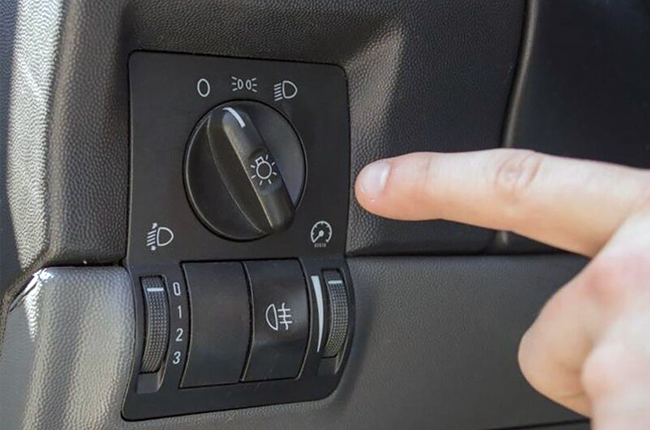 As the name of the feature suggests this eliminates the need for you to manually turn off or on your vehicle’s headlights. You just need to leave the headlight stalk to “auto” and the car will do the rest for you. In some cases, once you turn off your vehicle, the headlights will also automatically turn off immediately unless your car has a feature that keeps it on for a few seconds longer. In any case, you don’t need to turn off your headlights before you shut off your car as the vehicle will do it automatically. However, if you still want some peace of mind, then turning the feature off before you shut off your car is a perfectly fine practice as well.

In the case of headlight leveling, you can manually adjust the headlight throw that your vehicle has. Typically the control for this will come in the form of a dial with between three to five settings. All you have to do is scroll it to your desired height and the car will take care of the rest. It is important to note that some settings may blind oncoming traffic so make sure that you don’t adjust it too high. 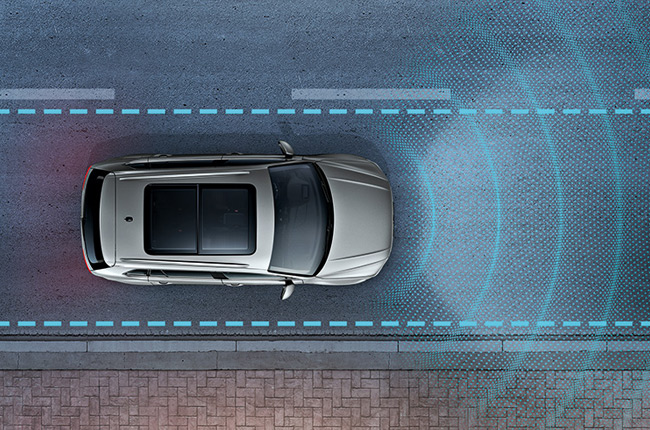 As the name suggests this feature keeps your vehicle in lane. It works with sensors or a camera positioned at the front of the vehicle that tracks the markings on the road. This system will either warn you visually or with a sound that you are going out of lane or will do both and physically correct the car for you. So, if you find your car steering itself with this feature on don't be alarmed, its just how it functions. 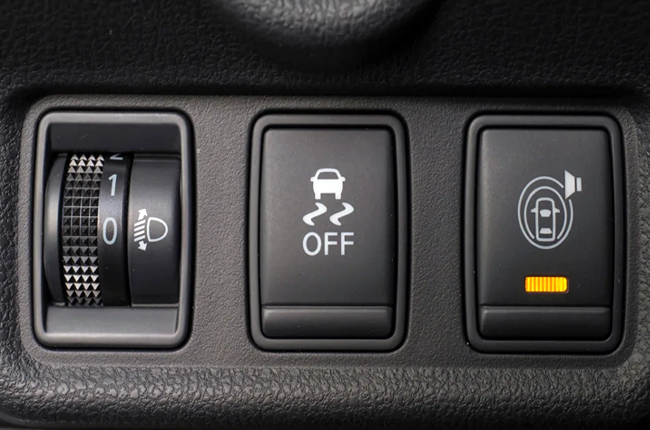 The traction control switch is typically shown as a diagram of a car with skid marks behind it. While one would assume it's a sort of “drift” button, it is not. Traction control does what it says and helps your car keep traction on slippery surfaces. Depending on how advanced the system is, it can either use the brakes on either corner of the vehicle to keep you in control or use the engine to cut power to a certain wheel. That being said, it is an active safety system that should always be on unless you are going off-road where the wheels need to spin freely to get to more stable ground. 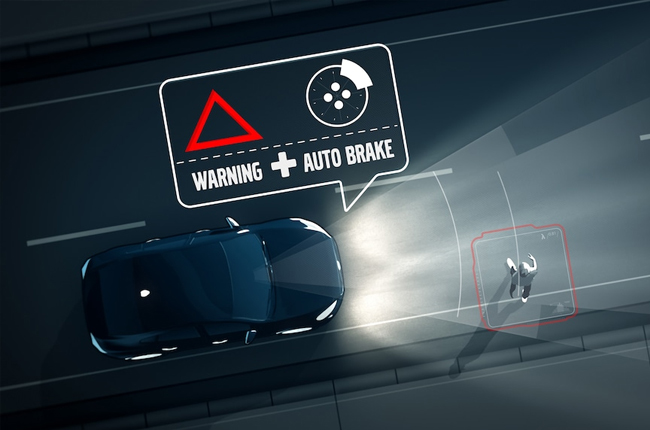 Automatic Emergency Braking (AEB) uses sensors at the front of the vehicle to help determine if you are about to hit the vehicle in front. This system can either use sonar systems or a camera system that determines when it will activate. These systems can also detect if you aren't using enough of your brakes to help you safely stop your vehicle. While this kind of system is great, it shouldn’t be relied on for normal driving. You as the driver still should be in control of your vehicle at all times. We understand that the warnings it can give you can be annoying but it can save you from a costly repair bill. We highly recommend that you keep in at all times. 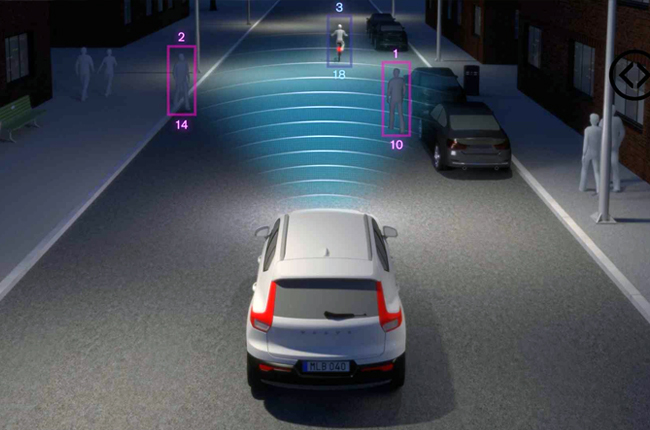 This is a sub-system that works in tandem with AEB. It uses sensors or a camera to determine the distance between you and the vehicle ahead. If the system thinks you are getting too close without applying the brakes, it will give you an audio and visual warning. If the system detects that you are going to hit the car in front of you the AEB will activate hitting the brakes for you. Just like AEB the warnings, it gives you can be annoying but the sensitivity of this safety feature can be reduced if you find it too sensitive. That being said, it's still best to keep it on if you are a new driver or on its lowest sensitivity if you are a more experienced one. 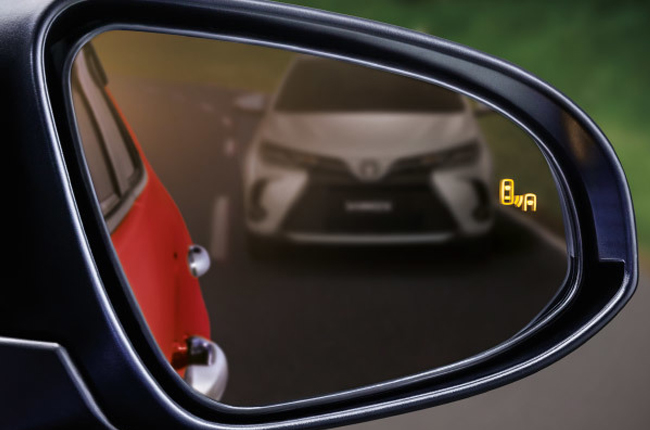 This feature helps you keep track of the vehicles around you. It uses sensors positioned at key locations on your vehicle to tell you if another car has entered your blind spot. A car’s blind spot is an area in which your side mirrors can’t show you what is behind you or what is next to you. This feature comes in handy when you want to merge lanes safely. It will show you that a vehicle is in your blind spot by blinking orange. In some cases, it will rapidly blink to tell you a vehicle is entering your blind spot then hold steady once it is in it. 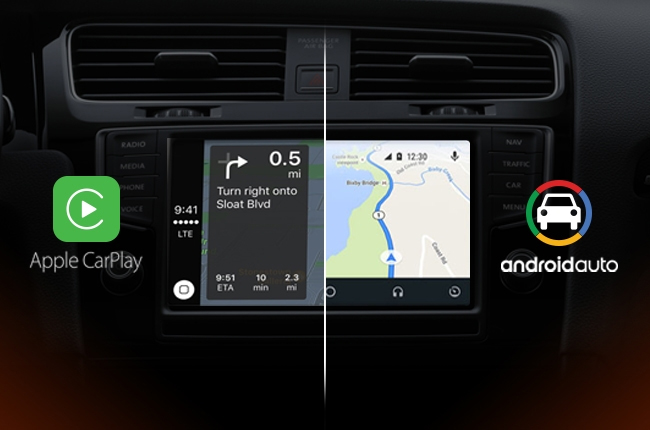 This set of features helps integrate your phone with your vehicle’s infotainment system. What they do is that they allow certain applications on your phone to function with the head unit of your car. This means that your car will be able to use your favorite navigation applications such as Waze and Google maps on the infotainment system display of your vehicle. It can also utilize your favorite music stream applications as well such as Spotify and Apple Music. They can also let you call people via voice commands or even answer messages with voice-to-text commands. In this manner, you don’t have to look at your phone when driving and can put your focus on the road instead. 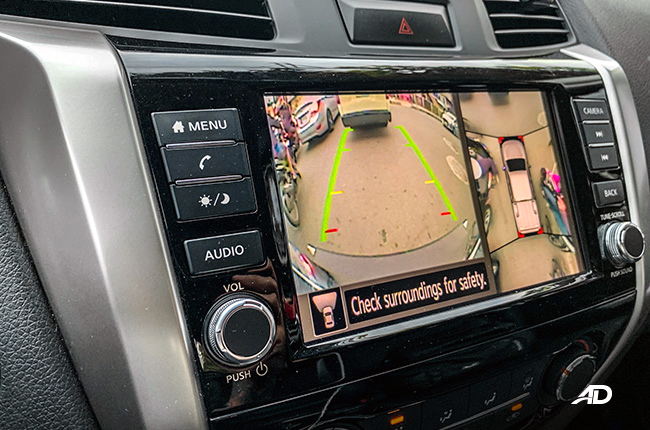 Another relatively new feature that car owners should be familiar with is the 360-degree camera. It works by having several cameras strategically placed around the vehicle to give you a view of what's around your car. Often times these images are stitched together. They work to your advantage as they give you better spacial awareness of what is around your vehicle at low speeds. This makes maneuvering and parking much easier for the driver. While this feature will typically activate when you are reversing, you can activate it at lower speeds to help you merge in slow traffic situations. In other more complex systems, you can even have a 3-D view of your car sort of what you see in a video game for ease of maneuverability. This feature has been a standard for vehicles for some time now, however, not many people know how to use it. It isn’t a passive or active feature but in fact an image. If you take a close look at your fuel gauge you will see a fuel pump in it. There will be an arrow that will be pointing to the left or to the right. This arrow indicates where your gasoline door is so that you will have an easier time positioning your car at a gas station. In this manner, you won’t have to maneuver your car or guess where the door is when you need to fuel up.