The year 2018 is over and a lot has happened in the span of a single year in the automotive and motorcycle industry. We’ve had our usual number of new car launches from manufacturers that have had a foothold in the country for decades, and the entry of new and promising brands from China that are doing their part in creating a better market for consumers with more choices and price ranges. We’ve also seen the steady popularity of crossovers and pseudo-SUVs, and the increasing number of more attractive compact and subcompact sedans that cater to private and ride-hailing use. Big bike sales have been enjoying an increase in market and sales across all demographics, and brands like BMW Motorrad, Ducati, and Honda have strengthened their lineups by introducing new bikes and breaking into new markets.

With 2018 in our rearview mirrors, 2019 is poised to be an exciting year for everyone, with a number of new cars that will launch very soon, such as the Suzuki Jimny and the eagerly anticipated Toyota Supra. New motorcycles are on the horizon, as well, such as the rise of the adventure middleweight segment with the KTM 790 Duke Adventure and the Yamaha Tenere 700. And that’s merely the tip of the iceberg. There are trends among manufacturers that will continue to evolve and help shape the landscape of cars and motorcycles this year, and we can pretty much speculate how things will go. Below, we’ve listed some educated guesses we’ve come up with for the year that is, and whether for better or for worse, we can expect small and big changes in the way we see and drive our cars, or even the way we ride our motorcycles.

Electric Vehicles will grow faster than you think Markets all around the world have said that gasoline and diesel is on its way out, and the road is open to electric vehicles (EVs) and hybrids to take center stage. In countries where the infrastructure is solid and flexible enough for adaptability, EVs have enjoyed sales, driven by government incentives and user choice. The Philippines has been taking steps to prepare for EVs, and there’s a growing consensus that the average automobile buyer is aware of the benefits and is just waiting for the right time to go electric. That means a good chunk of some new cars that will be launched this year will have electric or hybrid powertrains in their lineups, and it’s a market that manufacturers have been working towards for the past few years. The idea of electric motorcycles, with a few already being sold in the United States and Europe, has also been gaining traction, offering zero missions and instant torque for a different and clean riding experience. Take a look at the lineup of Zero Motorcycles to get an idea. 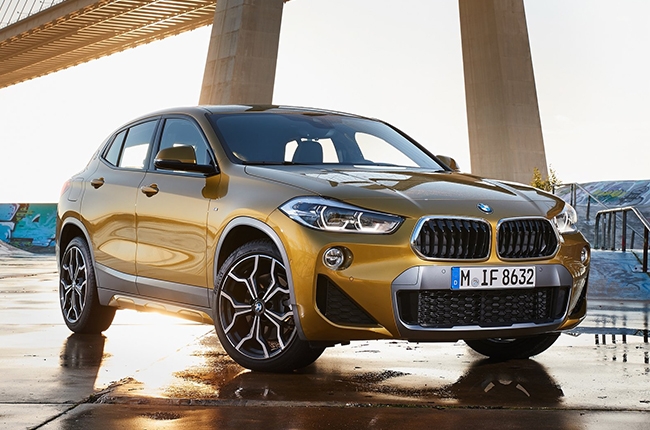 The years have not been kind to the midsize sedan, as more and more buyers are ditching four doors and a trunk to tall vehicles with big hatches and tailgates. Crossovers seem to draw most car owners, citing versatility, ground clearance, and cabin space. These bigger vehicles also tick the boxes for anyone looking for a do-it-all car that can occupy a single space in their garage, yet perform daily and weekend duties without batting an eye. We can expect the same for 2019, with even supercar manufacturers bidding for performance SUV and crossover supremacy. Soccer mom 600 hp minivans may be next. Actually, that does sound kinda cool.

The rise of the middleweight motorcycle category Whether it’s a 400cc to 900cc scooter, naked motorcycle, sport bike, or touring bike, the middleweight category of motorcycles have been gaining popularity and have been regarded by many as the best all-arounder regardless of skill level. We’ve seen Kawasaki quietly launch the Ninja 636 super sport 600cc recently in the Philippines, and Honda even launched their retro styled CB 650R naked bike, all catering to a wide variety of riders who are looking for realistic and usable performance in everyday riding. The KTM 790 Duke paved the way for KTM’s first ever parallel twin, which may then lead to some interesting motorcycles from the Austrian brand further down the road. BMW also launched their F750 and F850 adventure bikes, opening up adventure and touring riding at a more affordable price and less intimidating size. 2019 should continue the trend of middle-ground bikes from various manufacturers, each varying in purpose and style. Besides, not everyone wants to be Valentino Rossi out on the streets and run track days five times a week. With cars having a myriad of driving and detection sensors plus the ability of some vehicles to even serve as mobile hubs, it’s only a matter of time until certain cities catch on and start to create roads that talk back to vehicles to provide a safer and more convenient drive. Imagine having cities determine better routes and advise of traffic jams on the fly, as you commute to work. Intersections will warn you of impending traffic light changes and even warn if other vehicles are approaching. First world countries have already been adopting the basics for an integrated network of data that can be used freely among city agencies, creating better urban planning and design choices. Expect ride-hailing to be the main form of transportation for professionals who live in urban environments, foregoing the need for a car to get to their destinations on a daily basis. That means that cities can focus on moving people instead of creating huge parking lots or structures to cater for self-driven cars. Less cars means less traffic, and a proper public transportation system will benefit everyone.

The demise of the manual transmission 2019 will also most likely see the continued decline of vehicles that still offer manual transmissions. While worldwide markets can still dictate the need for a manual in vehicle lineups, automatic transmissions have been developed to a level where they are already more efficient, better performing, and not as costly to maintain. For the enthusiast, there will always be a number of vehicles that will still have a slushbox in their lineups, cars like the Honda Type R and Subaru WRX STI are examples of these. High performance cars from Porsche, BMW, and even Audi have started to ditch the clutch pedal for better performing paddle shifters. While quite a few people I know would still prefer to drive stick when they can (me included), there’s no denying that the automatic transmission trend makes sense because majority of people choose the latter option. There’s no sense in offering a manual transmission option to cater to 1% of the market, especially when it comes to mass market vehicles.