The new Montero Sport is here, but what’s changed? With a new face and a couple of additions, the 2020 Mitsubishi Montero Sport adds several bits that are exclusive to this facelift’s feature-set.

Of note, we got an up-close and personal look at the Montero Sport GT 4x2. Mitsubishi Philippines doesn’t have a line-topping 4x4 variant at the time of this article’s writing.

Let’s take a closer look at the refreshed midsize SUV brought in by Mitsubishi Philippines. In this Face-off segment, we’ll take a look at the new and old versions of this popular vehicle. There are a number of additions on this update, so let’s get started. 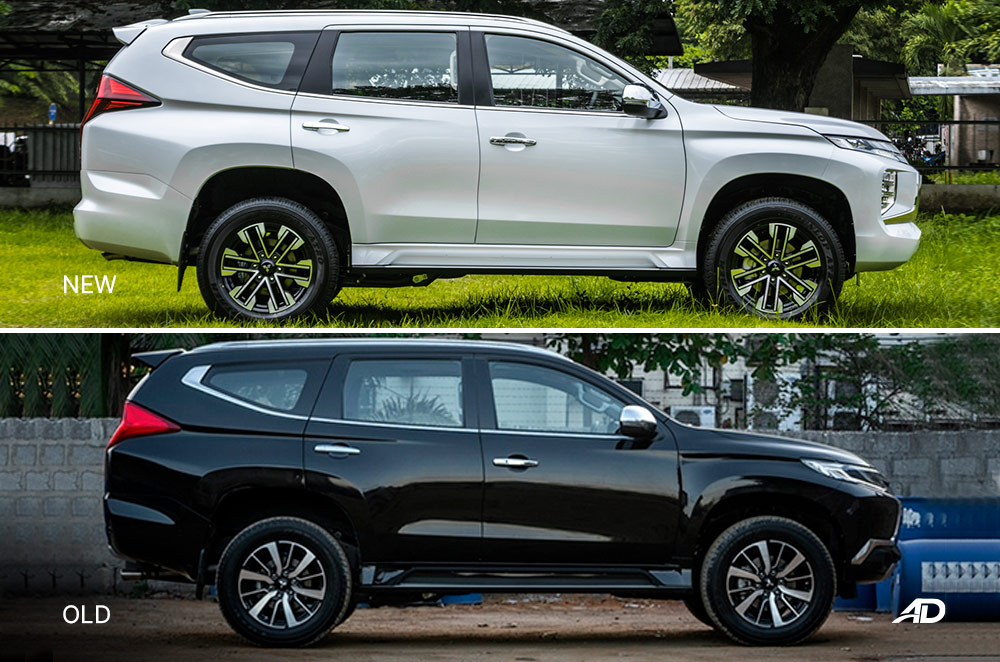 The exterior of the Montero Sport is an evolution of the dynamic shield design language that Mitsubishi pioneered with the model’s first iteration. The old Montero’s fascia still holds up, but the facelift’s pumped-up proportions just eclipse it. The headlights are still in the same areas, but the fog lights are now relocated to the bumpers. This makes the front look more inflated compared to the outgoing fascia. The grille is also chunkier than before, which goes with the rest of the front’s inflated proportions.

The side profile remains mostly the same, except for the new wheels. This set features a non-directional design that features thicker spokes. It still retains the two-tone finish and the same diameter. 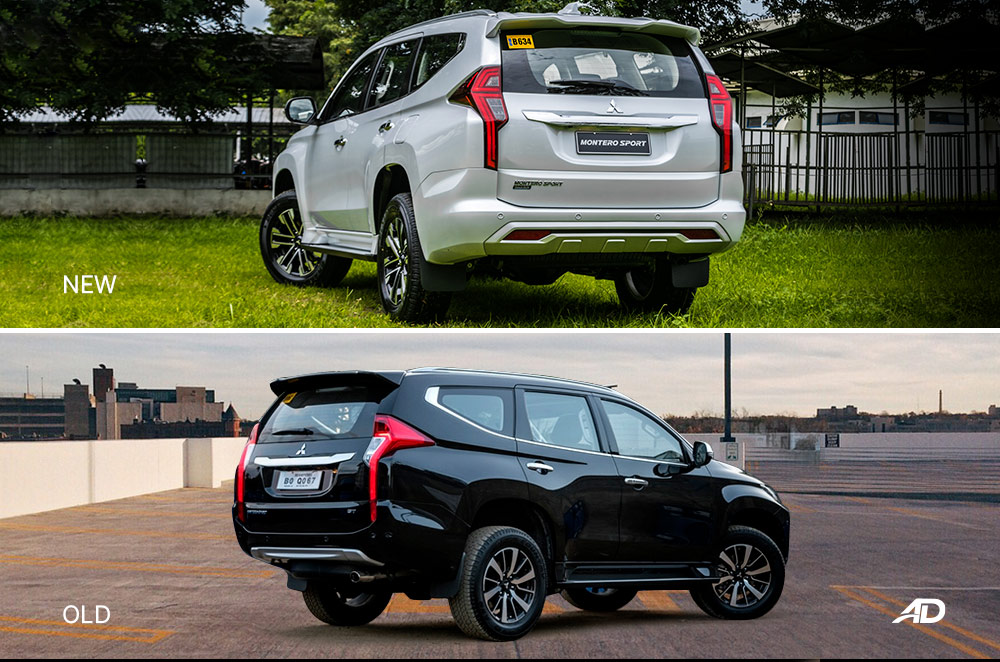 Perhaps the biggest headline of the Montero Sport in its previous iteration is the taillights. The old units grabbed headlines because of its interesting design. This time around, Mitusbishi has fitted a more muscular rear bumper to go with the chunkier taillights. The new set also features a darker lens.

The old model still retains its charm while the facelift extends the already-present appeal that the nameplate has. It’s interesting to see how far Mitsubishi has taken its design language. The cycle is complete, as the model that started the dynamic shield trend finally gets a redesign that is inspired by other models in the Mitsubishi lineup. Not much is different for the interior of the SUV. Mitsubishi changed the center bit of the dashboard, and the gauge cluster, but since the Montero Sport has a respectable interior as is, these additions will serve to improve the user experience tenfold.

Starting off with the changes in the middle, you have an updated head unit and a revised climate control button array. Now, there are dials instead of the up and down buttons that the old model had. The hazard light switch has been relocated above the A/C controls, and that’s pretty much it for this area. The crowing glory of this update in the interior is the LCD display in the gauge cluster. It’s a rather large unit, flanked by two digital readouts of fuel and coolant temperature. The old setup is good on its own, with two dials flanking a small LCD multi-function display. 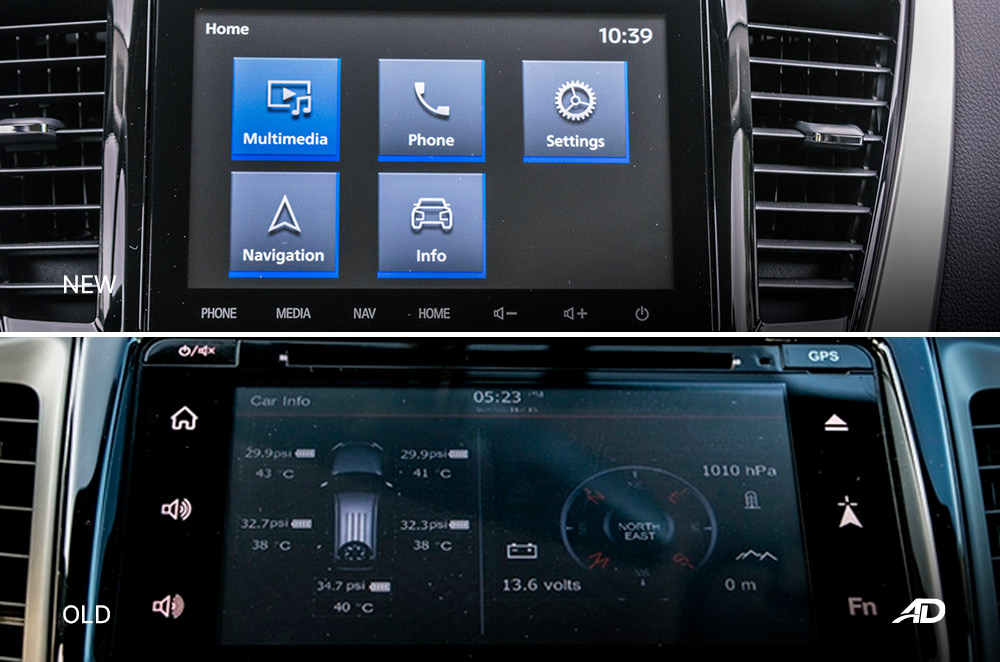 The infotainment system gets an upgrade in the form of the Smart Display Audio unit, which is only available in the GLS and GT models. It has the ability to pair with an Apple or Android smartphone, a feature that the old model did not have; even in the highest trim level. The current generation now features a 220V socket along with a USB port for the second-row passengers. It’s the same story across Montero Sport models. Mitsubishi retains the 181 hp, 420 Nm capable motor that was found in the pre-facelift model. Also retained is the eight-speed automatic transmission, which comes with a set of column-mounted paddle shifters. Performance across both models will be the same. The same can be said for the suspension since Mitsubishi has opted to retain the previous model’s soft ride.