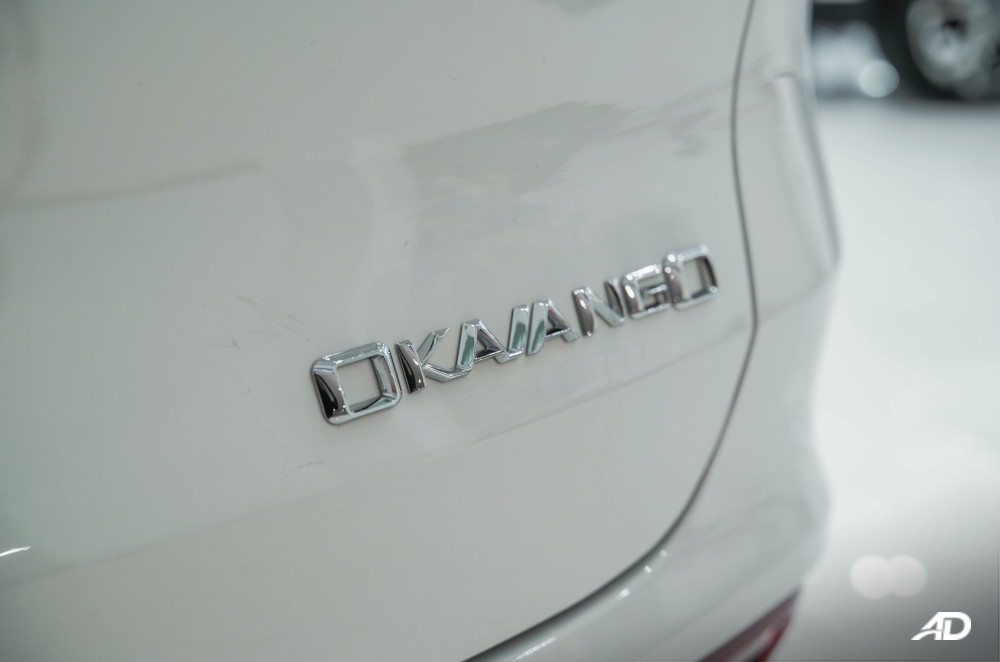 There is something to be said about Geely and their cars. The brand has blazed a trail with the Geely Coolray, and Azkarra, but their 7-seater MPV, the Okavango, is in a class of its own in terms of price and value for money.

Though the Geely Okavango does come at a bit of a premium compared to other rivals in its class, and you get a lot for the price that you pay, but is the cost worth it at P1,328,000? It’s pretty worth it, and here’s why. It is one of the most affordable cars, if not the most affordable car in the Philippines with a hybrid system. Sure it’s a mild-hybrid system, geared more for smoothness and refinement than outright fuel economy, but that’s the thing, regardless of the intent, for the price you pay, you get a lot of tech in the powertrain. Geely’s 48-Volt Electric Motor Synergy (EMS) system, is one of the many things that make the Okavango such a pleasure to drive. It has the same gasoline engine as the Geely Coolray, which is a 1.5-liter 3-cylinder turbocharged engine that produces 171 hp and 255 Nm of torque on its own. With the 48-Volt EMS system, that figure is bumped up to 190 hp and 300 Nm of torque. That is essentially the equivalent pulling power of a diesel engine with around the same amount of displacement.

For comparison, another car with a similar figure is the Honda CR-V, it goes for way more and it comes with a 1.6-liter diesel engine. It makes the same amount of torque from its motor at 300 Nm, but it only makes 120 hp, which is 70 less than the Okavango. Plus you get all that smoothness in the Geely because it is a gasoline engine. During our time with the Okavango, we noted that it’s not the most luscious of experiences as compared to the other Geely models in the lineup. Though, it still has that certain air about it that allows it to feel like a premium automobile.

However, why isn’t it as grand as the Coolray or the Azkarra? The other crossovers in the lineup all have panoramic sunroofs, colored leather interiors, and a nice set of premium features like active park assist to name a few. However, you cannot discount that Geely has prioritized some of the most important features to sell to would-be customers of the Okavango. For starters, the MPV’s interior is in the perfect middle ground of being durable, yet premium at the same time. The plastics don’t creak too much, and instead of leather, you still get a dean-feeling, yet more durable injection-molded rubberized material. Again, it’s not leather, but it doesn’t pretend to be. In some respects, you can say that it is comfortable in its own skin. 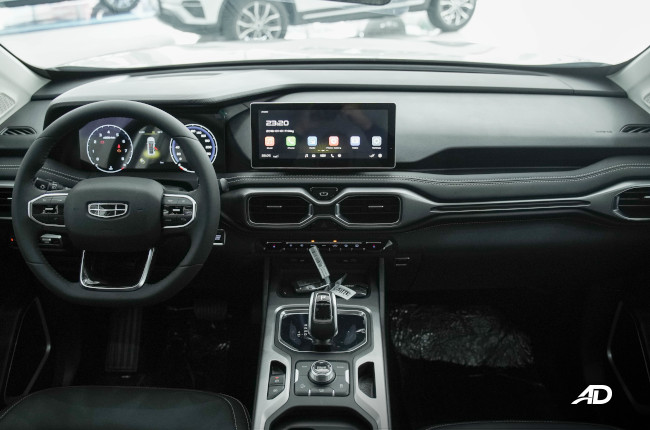 All that being said, all key touchpoints don’t feel cheap. Even more expensive Japanese crossovers have interiors that may creak and give way if you press hard enough, and the Okavango’s rivals don’t even come close to the fit and finish. However, can you say that it’s worth the extra cast that you pay for the refinement? If quality is a big item for you, then yes, it definitely is.

On top of that, you get a nice set of features that you can’t get with other models from other brands. A 360-degree camera is a hot commodity nowadays with most cars, and for under P1,500,000, it’s a great addition to the vehicle. Also, the GK UI, while it doesn’t have Android Auto and Apple CarPlay, the screen is still sharp and the user interface itself is pretty easy to navigate.

Is it fun to drive? Surprisingly, it is quite peppy for a 7-seater thanks to that mild hybrid system. The thing with the Okavango is that it makes a great case for itself in the segment that it competes with. Price-wise it is more expensive, but you are dealing with a platform that is pretty capable in terms of being a driving car. For example, the suspension in most MPVs would be only semi-independent. You typically find a MacPherson strut in the front which is independent, and then you see a torsion beam or semi-independent suspension in the rear. The Okavango has a fully-independent suspension that makes the ride much more comfortable, and the handling a lot sharper. In fact, you might not even need that much effort to turn it in. The steering is also equally light which makes it an easy-driving car minus a bit of the length.

Along with the torque of the hybrid system, you will find that the Okavango is pretty capable even if it has a bigger size than many cars on the road. There is a bit of pep in its step and the response from the 48-Volt system is something to enjoy. There is no turbo lag because the mild-hybrid motor takes care of that lul period before the turbo kicks in, but it still kicks in pretty early. In our eyes at least, yes it is definitely worth it. It really is one of the best values for money in the Philippines today. On the other hand, if you feel that you are stretching your budget a bit, you can go for the lower-end variant, the Geely Okavango 1.5 AT Comfort, that'll set you back P1,208,000.

Though, compared to other competitors like the Toyota Rush, which tops out at P1,100,000, or the Mitsubishi Xpander Cross for P1,255,000, the Okavango is more expensive in its top of the line trim. Between the Mitsubishi and the Geely, you’re looking at a P73,000 split. The question is, “Does a mild-hybrid system, 360-degree camera, better refinement, and driving dynamics equate to P73,000? If you ask us, the Geely should have been more expensive, but it isn’t and that’s why it’s such a good deal.