If there’s a hot match-up right now, it’s got to be the recently-launched Kia Soluto and the Hyundai Reina – two South Korean subcompact sedans that sit on the same platform. Although these two use a common chassis, they seem to be on a war in the Philippine market right now. 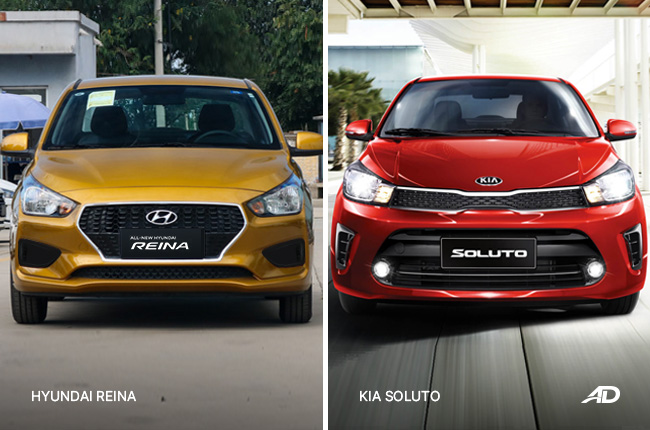 Let’s rewind time a little bit. Last January, Kia Philippines relaunches four of its models along with an unfamiliar nameplate. The Soluto, a small sedan with a competitive price tag, equipped with tons of onboard features. However, only a day after its physical launch, Hyundai Philippines digitally launched a same-size sedan named Reina, sparking a little war in the local subcompact sedan segment. Both cars are manufactured in China, both have the same engine, same power, but what’s the deal with these two really? Let’s find out. 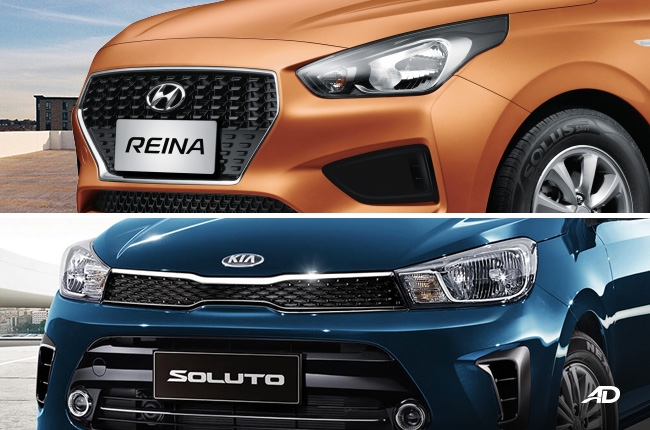 From the looks of both cars, we can say that both cars embody the current design language of their respective companies. The Soluto stands proudly bearing Kia’s ‘tiger-nose grille,’ as well as a wide, one-piece lower intake that houses the fog lamps. The Reina, on the other hand, boasts a mini ‘cascading grille,’ a signature design of Hyundai following the Fluidic Sculpture 2.0. It’s got a strip of lower intake and a couple of side air vents for that ‘sporty’ appeal.

In terms of dimensions, the Kia Soluto and Hyundai Reina are almost the same, too – except the fact that the Soluto is narrower by 5mm in overall width. No matter how heavy the similarities are when it comes to some of their major technical specifications, the difference in prices should mean that there’s got to be a few distinctions – or else we wouldn’t be writing this article. Alas, there is and it’s inside the cabin. No, we’re not talking about the different designs of the steering wheels.

We’re referring to the main head units used by the two models. Inside the Soluto is a seven-inch touchscreen with Apple CarPlay and Android Auto compatibility. Meanwhile, the Reina has it basic – a 1-DIN AM and FM radio sitting pretty at the center of the dashboard. Apart from that, the Soluto comes with ISOFIX anchors, while the Reina seems to lack the special child seat tethers based on its spec sheet. If we put these two South Korean subcompact sedans on AutoDeal’s comparison tool, you’d find that the ‘Engine’ section is a complete copy of each other. The Kia Soluto and Hyundai Reina carry same-sized engines, which are at 1.4 liters. Both have four cylinders and are paired to either a 4-speed automatic transmission or 5-speed manual. That gives away the fact that they spur out the same power output at 94 hp and 132 Nm of torque.

So, basically, the new players in the local subcompact sedan segment are just different-looking cars with tons of similarities. The only thing that will matter is if you prefer a touchscreen entertainment system and ISOFIX anchors with the price tag as the trade off. In the end, it is your preference that matters.