The first Honda Brio was not a popular kid. It's like that nerd in high school who's so proud of its 1.3L i-VTEC and the all-glass rear door while everyone's just like 'yeah man, cool.' It has the performance to flaunt but that's not what the market wants so the Brio looked like an outcast in the small hatchback category.

Five years later, the Brio is all grown up. It has poise, space, and ready to compete with the popular kids. It's not perfect, like everything else in the world, but it has enough going on to make you sign that form in a dealership. If you're looking for a first car, this is definitely up your alley. 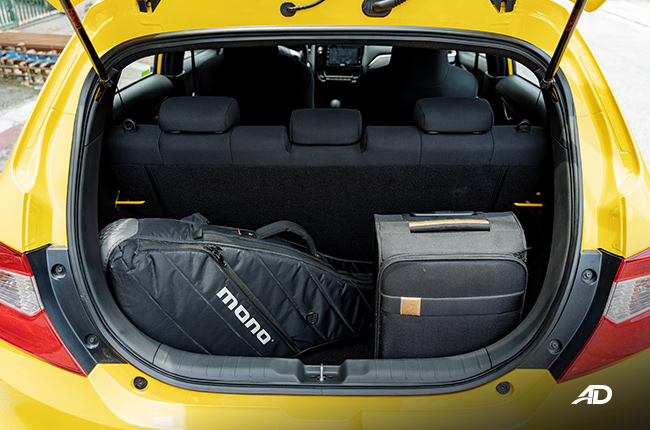 For starters, it has significantly more space than the previous generation, and even among its competition. There's a generous amount of elbow and legroom up front, and the rear passengers won't be cramped anymore, unless you’re an evil person and intend to make sardines out of them. At the back, you can fit an electric guitar gig bag with enough space for one standard-sized luggage. That's sad news for bassists but that's okay, no one will hear them anyway.

The steering is light, too, which is heaven-sent for city driving. There's a good amount of cabin insulation that the econo tires are at a very tolerable level, while wind noise at speed limit is negligible.

Speaking of sound, the audio out of the four speakers are very good. They are not as bass-heavy or muffled as the others in the price range, but there's a bit of boost for those pop, RnB, and hip-hop songs. 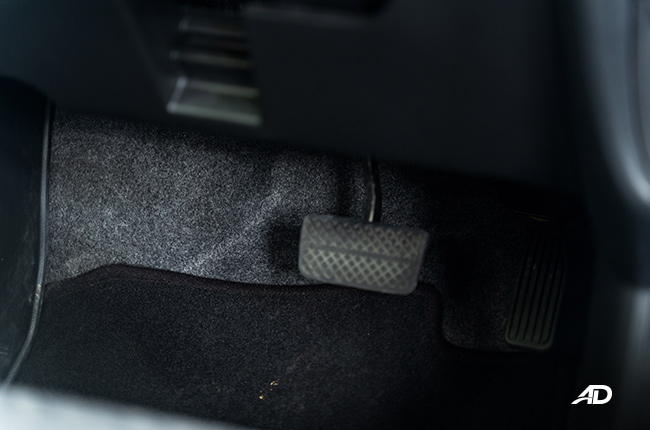 However, it's not all checkmarks for the new Brio. It might be a small detail, but the Brio doesn't have a footrest for the driver. I thought it's negligible but upon driving in both city traffic and highway, I really can't comfortably place my left foot. It always ended up in an awkward position that will hurt the ankle if you brake suddenly.

Apple CarPlay or Android Auto are also absent. It might be asking too much but it's already 2019 and it should be a standard already. Honda's infotainment touchscreen is really good so it's sad that they didn't go all out with it. At the back, the lack of ISOFIX tethers at the rear seats might be a factor for those who are starting a family. There's also no tonneau cover for the cargo area. This one is really negligible but I just can't stand a hatchback that doesn't have it because it's an instant makeshift table. Thankfully, the Brio has a few tricks up its sleeve. First is tilt steering column - another small detail but it helps a lot in finding the preferred driving position which leads to more comfort especially on long drives.

Speed-sensing door locks are also unique to the Brio at this price point. Yes, it still unlocks when you shift to Park, which is a Honda thing, but I'll take this as a positive.

The Brio's second-best asset is the engine. The 1.2L i-VTEC is easily the most powerful in its class. Despite the slightly bigger displacement, the 1.2L i-VTEC returned 10km/l in the city and 22.5km/l on the highway.

It's also a 4-cylinder so the Brio doesn't have the extra vibrations at idle associated with 3-cylinder engines its more popular competitors have. It might be a small thing for you but it adds to the fatigue one experiences especially during traffic because it creeps onto the steering wheel itself.

Sure, the Brio may have missed some items but its strongest suit is its price. See, the previous Brio started at P599,000 when it was launched in 2014 and ballooned to P 631,000 when the excise taxes hit - that's for the base MT trim. This refreshed Brio V CVT has a sticker price of P658,000 – that's with better toys and a fuel-efficient transmission. It may have missed some items, but the Brio certainly competes in a segment above its price range.