Last April 2017, Honda Cars Philippines, Inc. (HCPI) welcomed Noriyuki Takakura as its new President and General Manager. With just 4 months on the helm, Takakura-san is on a mission to make a statement as well as maintain HCPI’s momentum by launching refreshed models one after another.

In such a short time, HCPI introduced the new City, which is followed by the refreshed Mobilio and the updated Jazz. These vehicles are integrated with new design and upgraded tech, which makes them stronger contenders in their respective segments. To further prove this statement, HCPI invited AutoDeal to take this trio for a test drive all the way to Baguio. First up is the Mobilio, and for us it’s even the RS Navi trim. Its fascia was redesigned to incorporate the Solid Wing Face design of Honda. It now has a new pair of headlights that also come with LED Daytime Running Lights. Additional curves, some blacked-out accents, and chrome touches were given to the RS Navi variant, making it more sporty looking. The Mobilio’s interior theme is more mature and premium-looking compared to the outgoing model. This could be seen at the vehicle’s new dashboard layout, which is integrated with revamped aircon vents, control buttons, and an orange-illuminated instrument cluster. It also gets a 7-inch touchscreen with navigation. In addition, it comes with a restyled 3-spoke steering wheel, black fabric seats with orange stitching, and dark metal accents. Driving around the busy metropolis is no problem for the Mobilio. It has a light steering feel and can absorb road imperfections well, which is a plus if you’re looking for a family vehicle. The Mobilio is at its best when running on the open highway. It feels planted and stable, which yields a pleasant ride.

Cruising NLEX and TPLEX was a piece of cake for this Mobilio; its 120 hp 1.5L gasoline engine delivers ample power, allowing you to overtake slower vehicles with good measure. However, things get a little rough when we reached the hill climb at Marcos Highway. The 1.5L engine could only do enough to carry the vehicle’s weight, which is occupied by 4 passengers including myself plus luggage. Good thing this Mobilio is equipped with paddle shifters, which allows you to manually shift gears. 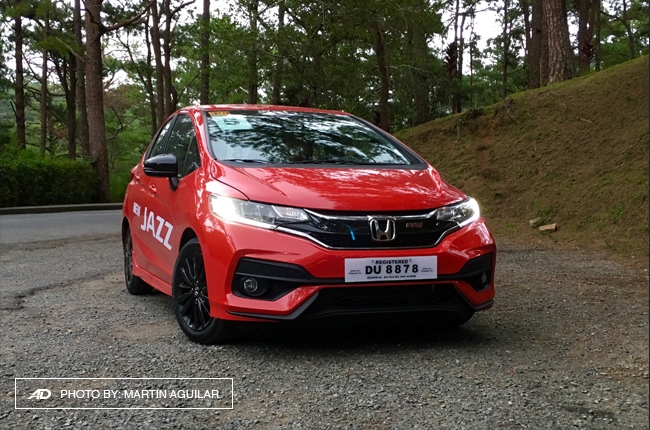 After our time with the Mobilio, we moved to test drive the Jazz RS. Integrated with a redesigned grille, sporty bumpers, LED daytime running lights, and a tailgate-mounted spoiler, the Jazz RS is a head turner; not to mention the 16-inch gloss black aluminum alloy wheels that further adds to the vehicle’s youthful and playful vibe. 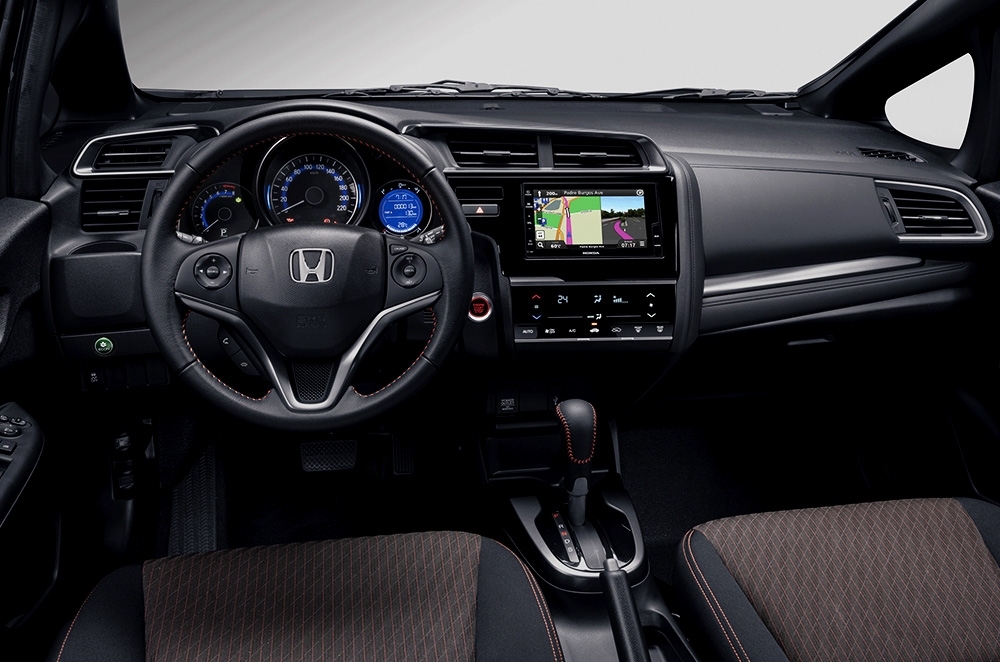 Inside, it features a black interior theme along with a push start system, paddle shifters, cruise control, and speed sensing door locks. Placed at the center of the dashboard is a 7-inch touchscreen display with Bluetooth connectivity. Of note, a play of orange stitching as well as a leather-wrapped steering wheel and gear lever is added to the RS variant. The Jazz is equipped with the same 1.5L engine that delivers 120 hp and 145 Nm of torque. It obviously did better than the Mobilio when it comes to tackling uphill roads due to its smaller body. The Jazz also handled well in winding roads thanks to its firmer suspension. Ride comfort may not be as plush as the Mobilio (or even the City), but it’s still what we call decent. We hopped on board the new City for the last part of the drive (going downhill on Kennon Road). Exterior-wise, the City comes with a new hexagonal grille, reshaped air vents, and restyled headlights (now equipped with LED daytime running lights). On the other hand, the interior retains its simple and straightforward design.

It’s worth mentioning that the VX and VX+ variants of the City are integrated with cruise control. With this, the City is the only vehicle in its class to have such feature, making it stand out further in the subcompact sedan segment. The new Mobilio, Jazz, and City are solid vehicles from HCPI. This trio not only have stunning exterior design but also comes with an upgraded tech, which makes them a strong contender in their respective segment. Overall, one need not be a genius to know that HCPI is on a mission to shake-up the local automotive industry. So, which one will you choose? Mobilio, Jazz, or City?