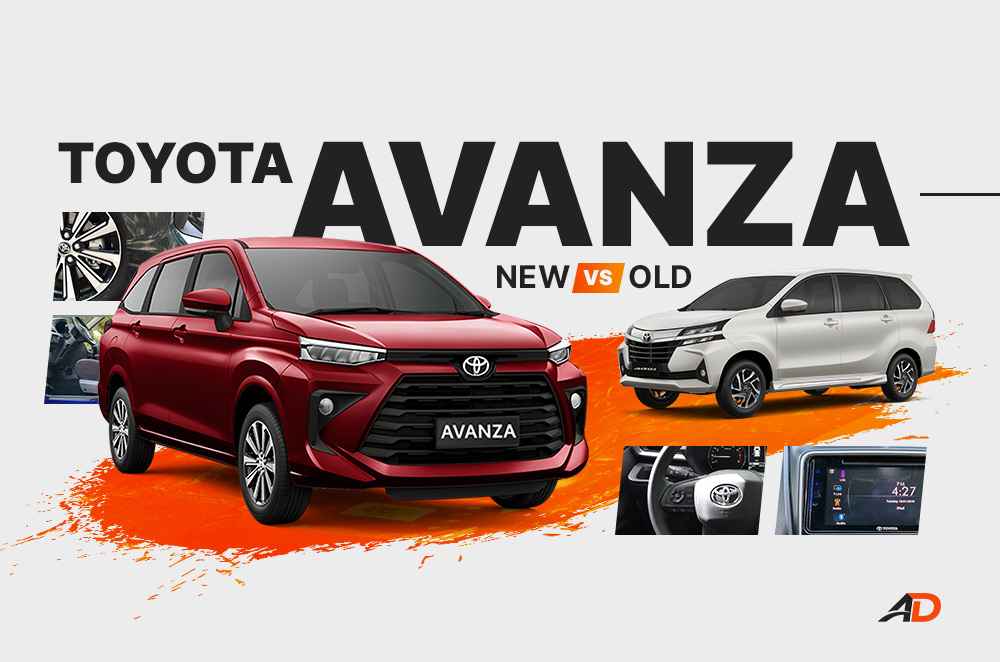 The Toyota Avanza is one of the popular models that Toyota Philippines has in its local lineup today. It's an affordable MPV that checks many of the boxes that Filipinos are looking for in a compact family vehicle. As it is one of Toyota’s best sellers, the Japanese automaker has recently replaced the old model and introduced an all-new one into the market. With the Japanese automaker expecting to sell about 1,000 units of the new Avanza monthly, here is what they have done to upgrade the nameplate. 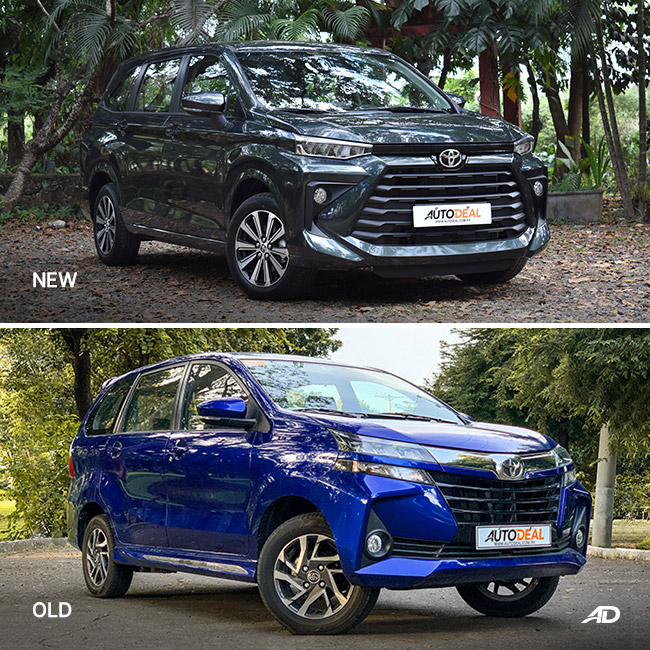 Toyota Philippines has given the new Avanza a wider stance and a much lower look to it. It now more closely resembles its brother the Toyota Innova, albeit with a much flatter face. It still retains its MPV-like styling but this time in a boxier form factor with a few sprinklings of SUV styling here and there. Toyota has also upgraded the lighting system of the Avanza as it now comes standard with split-type LEDs across the range. It also comes with fog lamps for most variants with the J being the only exception.

Its wheels and tires have also seen a bit of an upgrade. The new Toyota Avanza can now be had with 16-inch alloy wheels for the top-of-the-line G variant, with the rest of the model lineup getting 15-inch alloy wheels. It is important to note that, the J variant only comes with steel wheels. Overall the new model comes with much more modern looks compared to the older version. 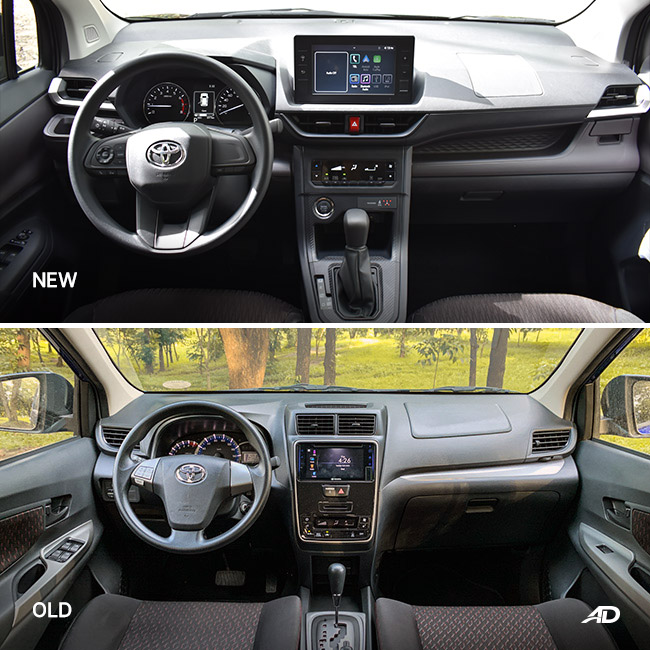 For the interior of the Toyota Avanza, the Japanese automaker has decided to give it a radical redesign. It now comes with a floating infotainment system and a much more premium-looking dashboard. The layout of the dashboard has also been changed as the new model comes with a layered look compared to the slowing design of the older model. The climate controls have also been updated to give off a more minimalistic look. Despite this, the air conditioning controls still retain their digital display, which we think is a good thing for the MPV. Aside from the dashboard, the rest of the cabin has been changed as well, the door cards are different from before giving you a little more room to place down your elbows on a long drive, the center console has also been updated slightly and raised a bit over its previous model, and the seats are all new. While the material remains fabric, the pattern of the seats has been changed to something similarly found in that of the Innova. It's a great leap forward in terms of quality as there are more soft-touch materials found in the cabin, you can tell it's still built to a price point, but the materials used are of great quality and are durable enough to last for several years of use and abuse. 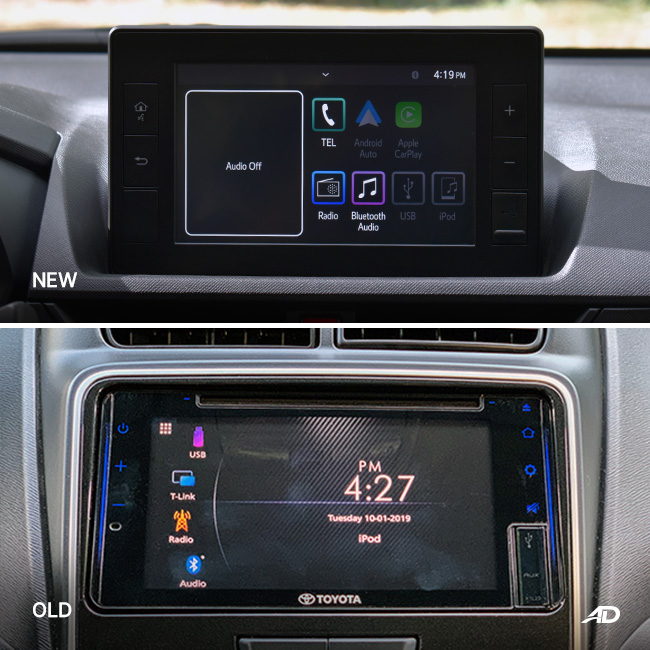 Another thing that Toyota has done to improve upon the old Avanza, is by giving the new model a new infotainment system. While the older model did have a touchscreen it did not come with Apple CarPlay and Android Auto capabilities. The newer model now comes with this feature as standard for most of the models available in its lineup except the J variant. This brings the Toyota Avanza much closer to the competitors that already have the feature and makes it easier for users to connect their phones with the car. One of the major differences between the old and new models aside from their looks is their drivetrains. The old model used to be rear-wheel drive only, which worked well for the platform it was riding on at the time. For the new model, Toyota has decided to make it front-wheel drive instead. While this may come as a surprise to those who were a fan of the rear-wheel-drive layout, the new front-wheel-drive could prove to be better for the vehicle in terms of handling and ride comfort.

Aside from the shift to front-wheel drive, Toyota has given the new Avanza a CVT. With our limited time with the vehicle, we can confidently say that the new transmission gives the vehicle a smoother ride compared to its older version which used a four-speed automatic transmission. The CVT keeps the engine revs to a minimum but can give you the power you want when you need it. It does suffer from a bit of rubber banding but it is to be expected from the CVT.

Overall, it's a great improvement over the previous version as with the four-speed automatic it was hard to keep the revs under 3,000 even with eco mode on. Toyota has given the new Avanza a more refined ride. While it's nowhere close to that of a luxury vehicle, the suspension tuning of the MPV is still comfortable. Compared to the older model which felt like you were on stilts and was a bit bouncy, the new one gives you a more pliant ride. It does well to handle the imperfect roads of the Philippines and is set up to handle a fully-loaded vehicle. That being said, there is still a bit of body roll here and there but we will give it a pass as the Avanza was engineered to be a comfortable family vehicle and not a handling machine.