The Honda CR-V happens to be one of those pioneer models that started the ever-growing compact crossover segment. Back in the day, the model was only available with a gasoline engine, while only select markets, particularly  European countries, had a diesel option. Fast-forward to 2017, and Honda Cars Philippines finally brought in the fifth-generation CR-V, with engine options now including a 2.0 i-VTEC gasoline engine for the base S, and a 1.6 i-DTEC turbodiesel for the rest of its variant range.

After more than three years, the Philippine market gets the refreshed version of the CR-V with upgrades being most evident on its exterior. Apart from that, the Honda Sensing package has already been made available on the mid-tier S DSL AT variant.

While the CR-V’s lineup is mostly occupied with diesel variants, Honda did retain the entry-level 2.0 S AT for those who are still interested with a gasoline engine. Notably, its price is quite close to the 1.6 V DSL AT variant, but there are, in fact, some contrasting features which happen to be unique on each trim. Perhaps, some would even be torn on which one of these is the better buy. With that, let’s find out the key differences between these two. The model in the photo is the Honda CR-V 2.0 S AT. Based on its looks, the exterior does resemble the higher trim S and SX diesel variants. The only contrasting factor here would be halogen fog lamps which replace the LED units on the higher end trims. 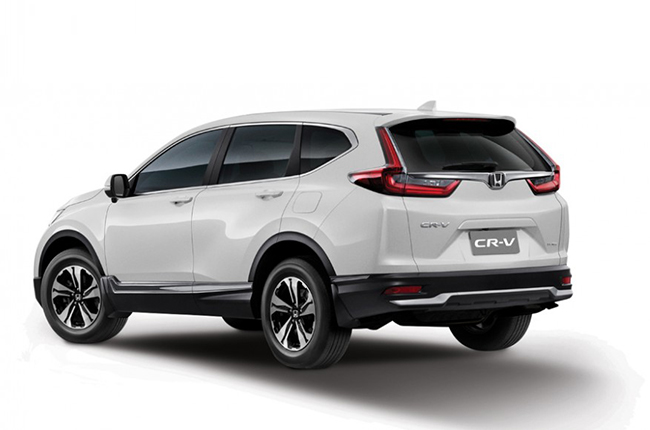 Now, comparing the exterior of the 2.0 S AT with the 1.6 V DSL AT, the gas variant retains the LED headlights while the 1.6 V diesel gets projector halogens. Despite this, both trims still get daytime running lights (DRLs). The wheels also appear to be smaller on the V diesel, with it having a set of 17-inch alloys wrapped in 235/65 tires versus the gas variant’s 18-inch wheels paired with 235/60 rubbers. One more thing, the 2.0 S AT gets an i-VTEC badging at the rear, while the rest of the range comes with an i-DTEC badge. 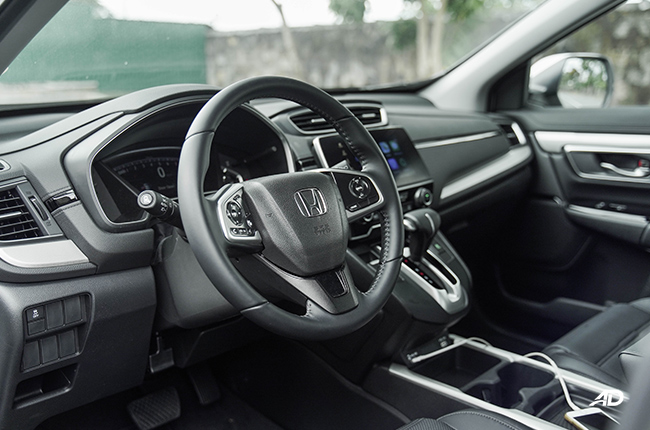 Inside, both vehicles sport a familiar layout, therefore, the cabin still gets a fair share of soft touch materials, not to mention the two trims even getting those nice leather seats. However, the roof-mounted air vents and extra third-row seats are only made available on the 1.6 V DSL AT, therefore leaving the 2.0 S AT as a five-seater. While the 1.6 V DSL AT is available with a seven-seat layout, the gas variant only gets seats for five, and yet it gets better cargo figures than the diesel variant. The gas variant can maximize its cargo space by over thousand liters, all thanks to its flat loading layout. 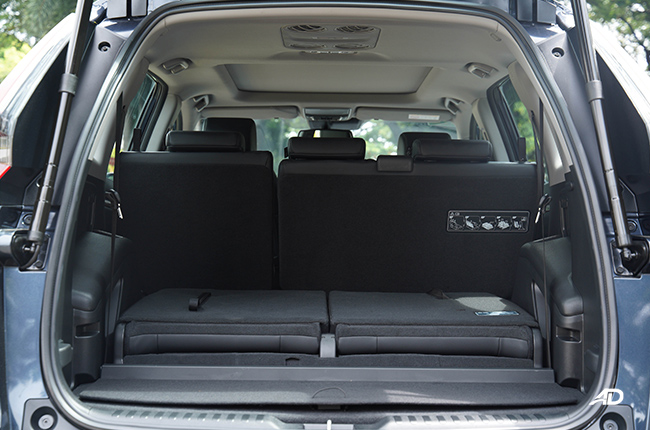 Now, onto the 1.6 V DSL AT. Opening the tailgate will reveal the additional third-row. Honda did include a false floor to achieve that flat cargo load once you fold the third-row seats. However, folding the second-row will only reward you with 967 liters, then again, that’s still a generous amount of space. The reduction of numbers, however, was mainly affected by the addition of third-row seats. This is perhaps where the decision by most buyers varies. Would you choose to have those third-row seats in exchange of a slightly smaller cargo, or would it be the other way around? 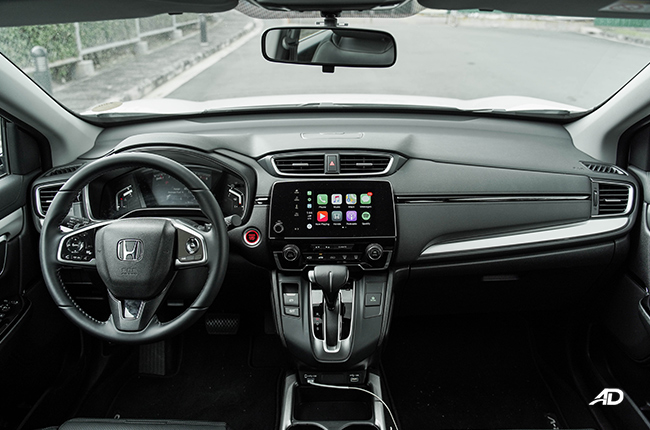 Inside, one of the key differences of the two models is the in-car entertainment system. While the Honda CR-V 2.0 S AT comes with the glorious 7-inch touchscreen display that supports Apple CarPlay and Android Auto, the 1.6 V DSL AT gets a simpler 5-inch audio display. Both variants come with a 4-speaker audio system, but only the gas variant gets a dual-zone automatic climate control. One thing that only diesel variants have is the roof-mounted air vents which mainly targets third-row occupants. 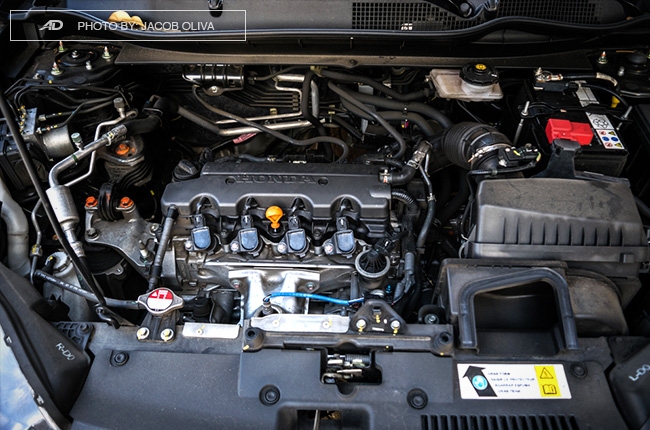 This is perhaps the most important factor in a buyer’s decision. Some would stick with the gas variant, or probably step up to the 1.6 V for that diesel experience on a CR-V. The gas variant is powered by a 2.0 i-VTEC engine that puts out 152 hp and 189 Nm of torque. It is then paired with a Continuously Variable Transmission (CVT). 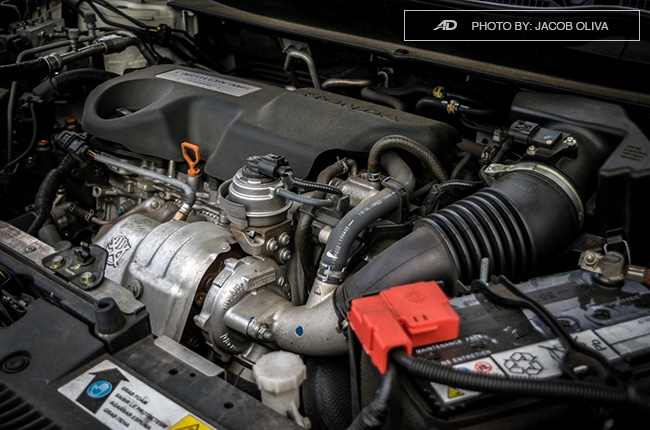 While the gas does have a bigger engine and produces more horsepower, the 1.6 i-DTEC turbodiesel engine found on the V variant has more torque than the gasoline variant. Specifically, the 1.6-liter turbodiesel engine puts out 118 hp and 300 Nm of torque. Instead of a CVT, the diesel engine is paired with a 9-speed automatic. 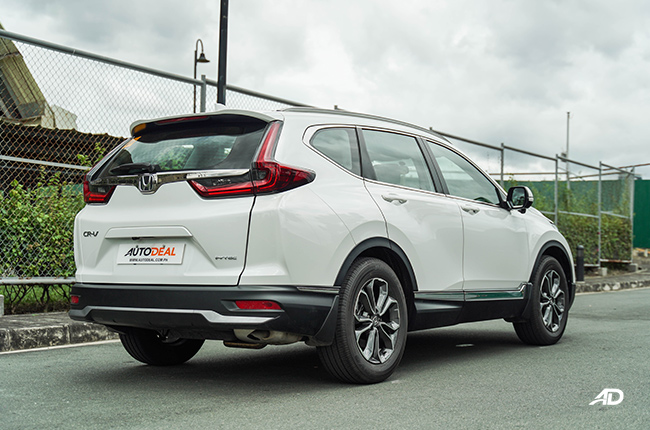 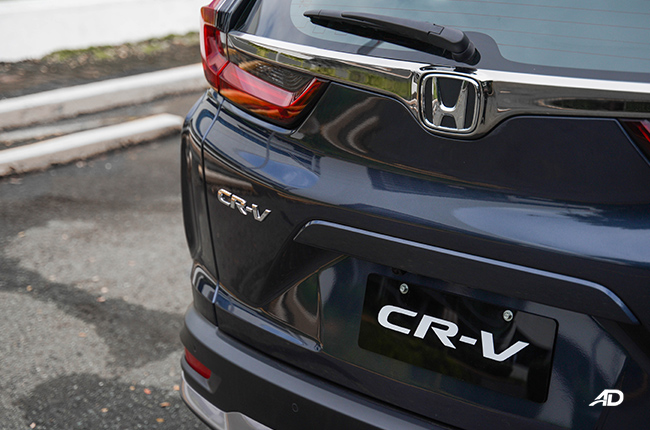 Both variants are quite desirable, yet each one caters to a specific customer. Of course, you would ask yourself a number of questions before deciding which one of these two deserves your hard-earned money.

It’s simple, if you are willing to sacrifice those other necessities and features such as the more advanced infotainment, and if  you’ve also been wanting the diesel engine and third-row seats, then you should probably go with the 1.6 V DSL AT. But if you’re capable of stretching your budget a little bit more, you should probably consider those higher-end diesel variants which offer more convenience and safety features.

Now, if you want an affordable CR-V that gives you a generous amount of tech goodies, plus you’re willing to sacrifice that torquey diesel engine, then the 2.0 S AT is the better choice for you.

It’s like what we always say, it really is just a matter of taste, as well as your preferences and needs. And of course, your budget.