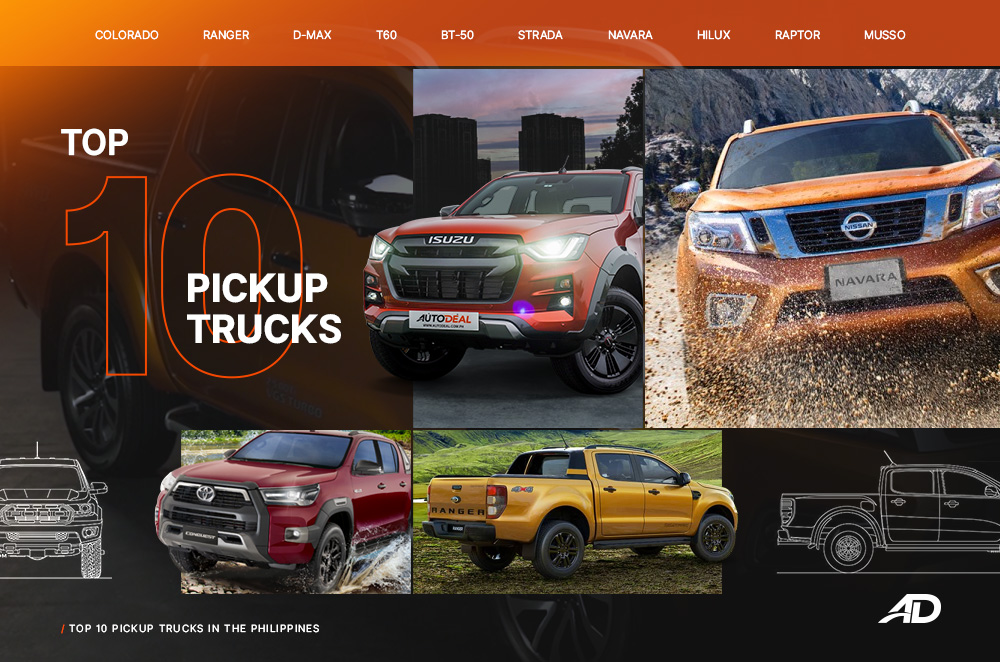 Having a tight budget doesn’t mean you can’t get something good. Thanks to very favorable pricing conditions in the Philippines, pickups are quite affordable considering that you get a truckload of utility and even a diesel engine. There are some great options out there for a good price, even under a million pesos from new or established players. So here are our top 10 picks for affordable pickup trucks in no particular order. We will also omit cab and chassis variants in this list, in order to be more focused on most consumers. 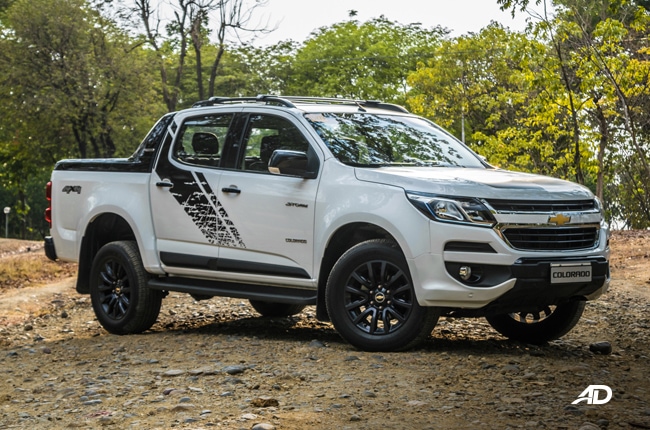 What was once known as the king of torque back then, still holds a solid position as one of the more powerful pickup trucks available in the market today. Under the hood, the Chevrolet Colorado comes with a beastly 2.8-liter turbo diesel motor for select variants that produces 200hp and 500 Nm of torque for select variants, it presents itself as a good value for money vehicle for consumers looking for ruggedness and power with a good amount of tech at an affordable price point especially compared to its other rivals. 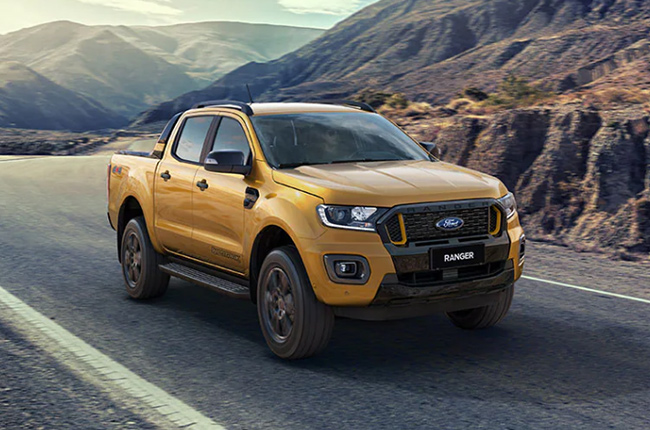 While the refreshed Ford Ranger features new design cues throughout its entire variant range, buyers are still greeted with the same set of engine options. Specifically, three diesel engines including the 2.2-liter engine, 2.0-liter single turbo, and the 2.0-liter Bi-Turbo. Likewise, it also features loads of tech if you want the highest-end variant, and good entry-level and mid-range variants that tick the right boxes for many. It’s one of the more equipped, and smoother riding pickups in the Philippines thanks to its power delivery, solid interior, and advanced features such as the adaptive cruise control that can be found on the higher-trim models.

Related: There’s a new Ford Ranger in town, and it’s better and bolder than ever 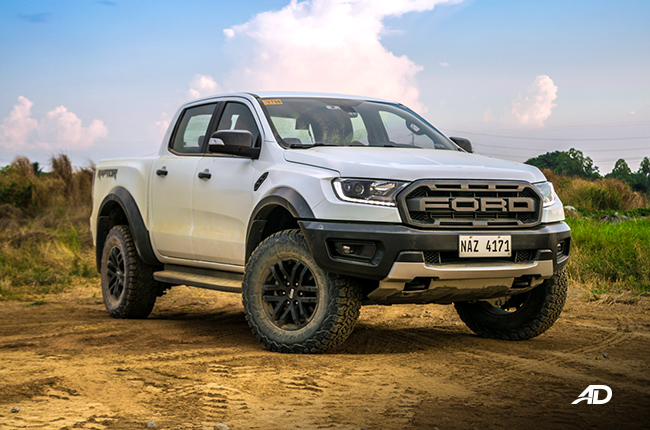 The bigger brother to the Ranger, the Ford Ranger Raptor cranks things to 11 by coming with a more off-road focused package. It still comes with the same 2.0-liter Biturbo engine that its smaller brother has, however, this pickup now comes with a beefed-up suspension package that is ready to go off the beaten path. It features fox shocks along with a wider stance compared to its regular pickup counterparts. If you want an off-road-ready vehicle straight from the dealership that can take a beating and still keep on kicking then this is it. 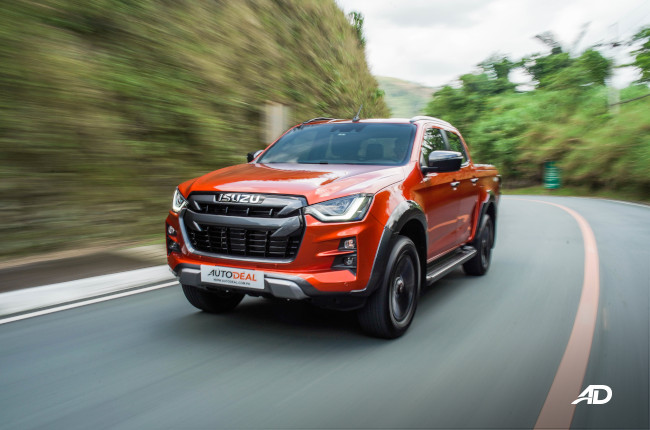 A much-anticipated model, the all-new Isuzu D-MAX is finally available in the Philippines. Like its predecessor, this third-generation model is made available with a range of variants starting from the Single Cab up to the range-topping 4x4 LS-E. Powertrain options still include the tried and tested Blue Power turbo diesel engines, including the 1.9-liter and 3.0-liter motor. First time on the D-MAX though is the Advanced Driver Assist System (ADAS), a safety package that comes with such high-tech features like adaptive cruise control, blind-spot monitoring, rear cross-traffic alert, forward collision warning, and many more. 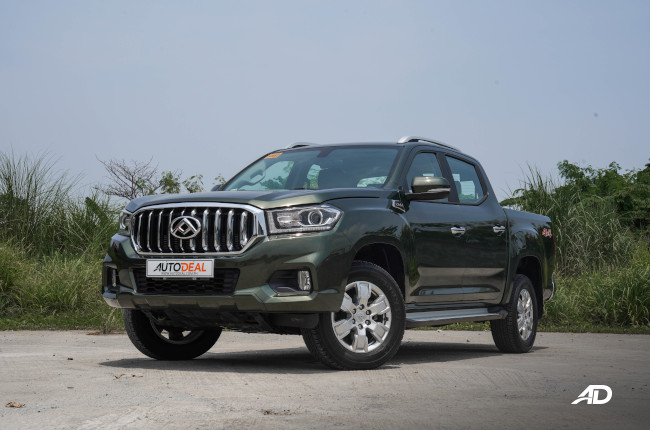 A newcomer whose price is more than meets the eye is the Maxus T60. For what you pay, the pickup truck has a lot of features and even a 4x4 system for less than P1,500,000, which makes it one of the most value-oriented buys on our list. With a wide array of features for a lower-than-expected price tag, the Maxus T60 pickup truck something to consider when you want to maximize your budget. The build of these pickups are quite good, and the engine it has returns good performance per peso. With prices starting at just under P1,000,000 the T60 poises itself as a worthy entry into the entry-level pickup scene. Though a little on the older side in terms of design, the Mazda BT-50’s base is that of a tried and tested workhorse, while its unique 5-cylinder engine gives it a different character when you drive. Equipped with a fair amount of features and a rather accessible 4x4 model, the BT-50 could serve you well on Philippine roads. Mazda Philippines has also given its pickup a special upgrade in the form of the Pangolin edition. This gives the vehicle more off-road features and a unique look that sets it apart from the regular variants. 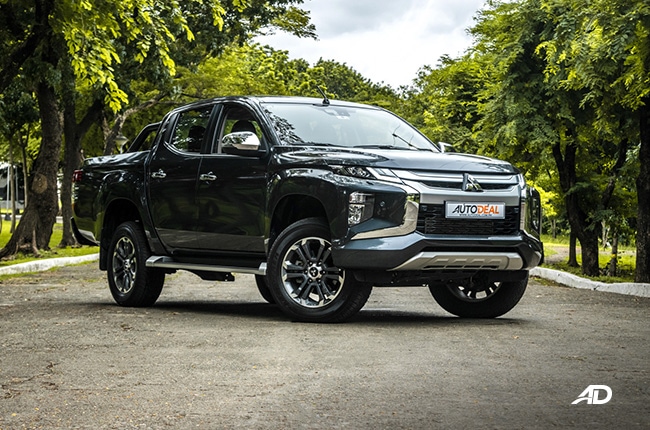 When it comes to pickup trucks one of the mainstays in its category is the Mitsubishi Strada. The latest iteration of the vehicle now sports the brand's Dynamic Shield design which gives it a more angular and futuristic look. It comes with a prominent front face, and every model now gets the 2.4-lite turbo diesel MIVEC engine that produces 179hp and 430 Nm of torque. While not the most powerful truck on the market, it is one of the more affordable models out there that comes with a lot of standard kit for its price point. 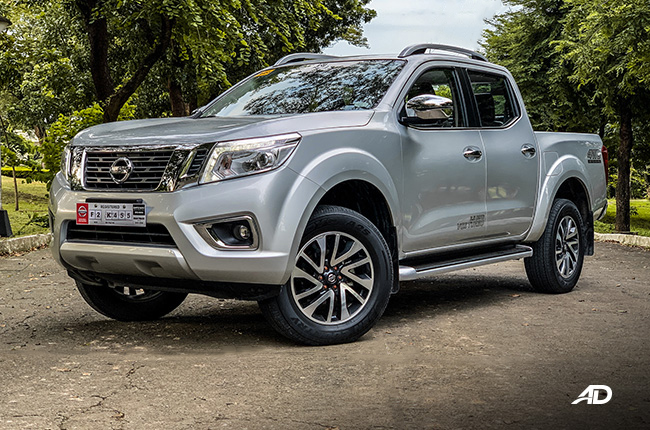 Starting at just P929,000 for an entry-level manual model, the Nissan Navara is one of our top picks on today’s list as an affordable pickup truck. With its comfortable ride and its capable 2.5-liter diesel engine, it is one of the easier recommendations that we have today. With a rear multi-link suspension, the Nissan Navara has amassed a cult following and is a segment favorite due to the comfort plus the features that Nissan bundles in with its pickup. It undercuts many of its rival’s price tags at the highest-end, and even at the lowest end, which makes it one of the easier models to recommend in our list. 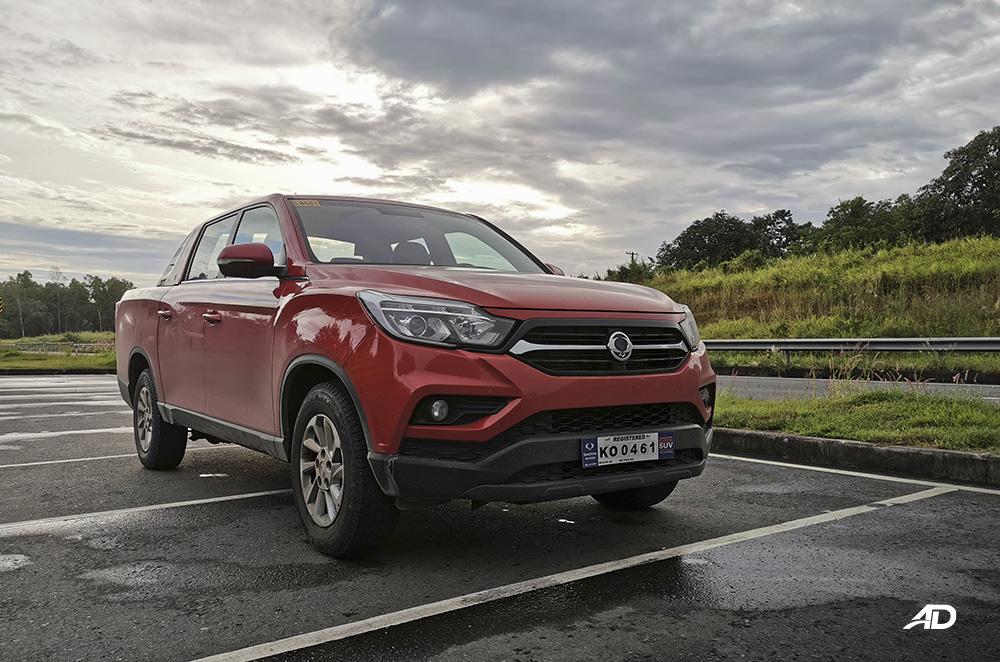 Easily making the list because of its lush and beautiful interior, the SsangYong Musso is all kinds of refined and classy with its upmarket interior and its refined ride thanks to a multi-link rear suspension, much like the Nissan Navara. As the only South Korean car on this list, the Musso still follows the formula with a capable 2.2-liter turbo diesel engine and its gorgeous insides. While not the most powerful vehicle on the list it still comes with a respectable 179hp and 420 Nm of torque. For those who want a little more bed space at the rear, the Musso Grand variant could be one of your options as it comes with one of the largest in the segment. 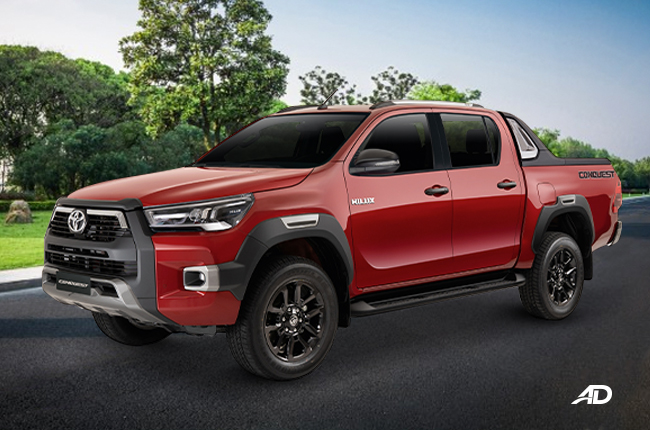 This list wouldn’t be complete without one of the most familiar and well-known nameplates in the industry, the Toyota Hilux. The Japanese brand has recently given the vehicle a refresh which gave it more power and added more features to it to keep it up to date. With a storied history and a highly rugged background, the Hilux is easily one of the more popular vehicles on the list. It remains one of the top picks for Filipinos also because of the strength of the Toyota brand in the country. The Hilux has a base model priced at P939,000, which has a 2.4-liter diesel engine and a manual transmission. More value can be found as you go up in price as more high-tech features have been added to the vehicle. Toyota has also notably increased the output of the 2.8-liter turbo diesel motor to now produce 201hp and 500 Nm of torque making it a contender for one of the most powerful pickups available in the market today.

Want to buy any of these pickups without leaving the comfort of your home? Try our 'Buy Online' feature and just fill out the necessary details for your online transaction.