On my recent trip to Japan, I had a few days to check out Hiroshima, one of Japan’s younger cities with a population of around 1.2 million. Hiroshima is a port city and is the largest city in the Chūgoku region of western Honshu - the largest island of Japan. Hiroshima is also home to the automotive manufacturer, Mazda Motor Corporation, and their very own museum dedicated to their own automotive history and development.

Related: Mazda PH has more in store for you this 2018 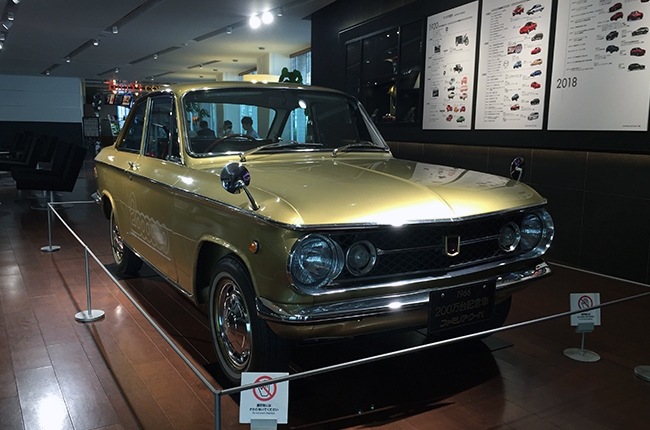 You have to schedule a museum tour in advance, but the entire experience is free of charge. Make sure to arrive on time as the guided English tours start on the dot and are usually always full. There are a total of six rooms or exhibits during the tour, each highlighting a certain aspect of Mazda’s achievements and development goals for future products. I was able to take a number of photos of historical vehicles, engines, and other technologies that has put Mazda on the map since their inception as Toyo Cork Kogyo Co., Ltd, in 30 January 1920.

It’s interesting to note that Mazda didn’t start making automobiles until the 1960s, as their first ever motorized vehicle was a three-wheeled truck that was built to serve a utilitarian purpose. They would also go on to produce weapons for the Japanese military throughout World War 2, until the first ever nuclear weapon was used on the city of Hiroshima on the month of August, 1945, with the war ending in the Pacific the following month in September, 1945.

The company formally adopted the Mazda name in 1984, though every automobile sold from the beginning bore that name. The rest, they say, is history. From the Cosmo Sport to the Wankel rotary engine, to the RX-7 and Mazda Miata, let’s take a quick look at the vehicles and exhibits found in the Mazda Museum below. 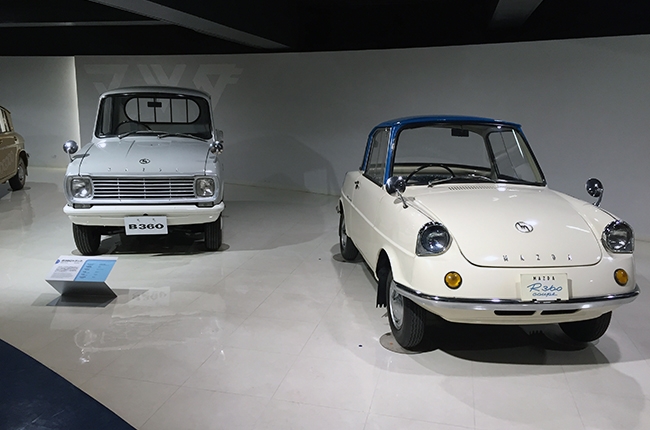