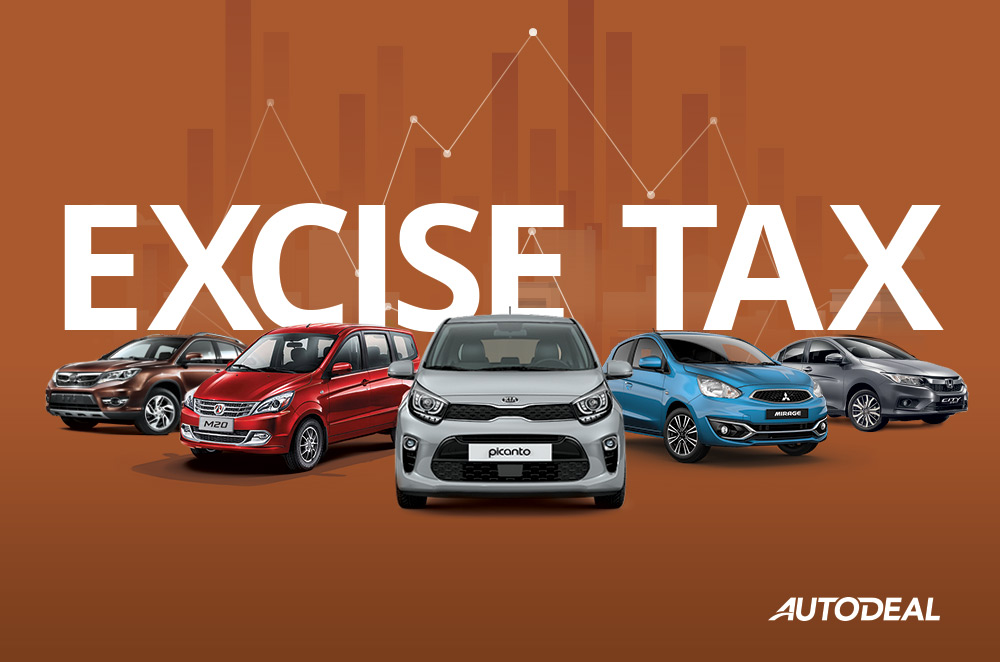 Don't know how the Tax Reform for Acceleration and Inclusion (TRAIN) Act affected the prices of your favorite car brand/model? To help you catch up, here's a recap of every movement across the board so far.

Ford Group Philippines (FGP) updates their pricing, with the EcoSport, Everest, Explorer, Expedition, and Mustang all receiving a higher price tag. The Ranger pickup truck, on the other hand, now has lower tag due to the tax exemption.

Interestingly, the SRP of the Fiesta (both hatchback and sedan) and the Focus remained the same. One of the possible reasons for this is that Ford hasn’t sold all of its pre-excise tax units despite the recent TRAIN rush. Mitsubishi Motor Philippines Corp. (MMPC) also announced their increase. Aside from the Pajero, all the prices have moved up by as low as P10,000 to P121,000. Oddly enough, the Strada, which should be excluded from the TRAIN, also increased in price by P30,000 to P45,000. MMPC said that Strada prices are still pre-excise tax and will be updated once the new tag comes in.

Related: The end of an era: AUVs take final stand Columbian Autocar Corporation (CAC), the sole distributor of Kia vehicles in the Philippines, also sent in their new prices just before the weekend came in. Among their lineup, the price of the 7-seater Grand Carnival(s) and Sorento remained the same. Meanwhile, the rest of Kia's models such as the Picanto, Rio, Sportage, Soul, and K2500 increased. There were also some changes with the variants specifically with its naming, which you may observe on the list below. Kia removed a few models as well, namely the Forte Koup and Hatchback. 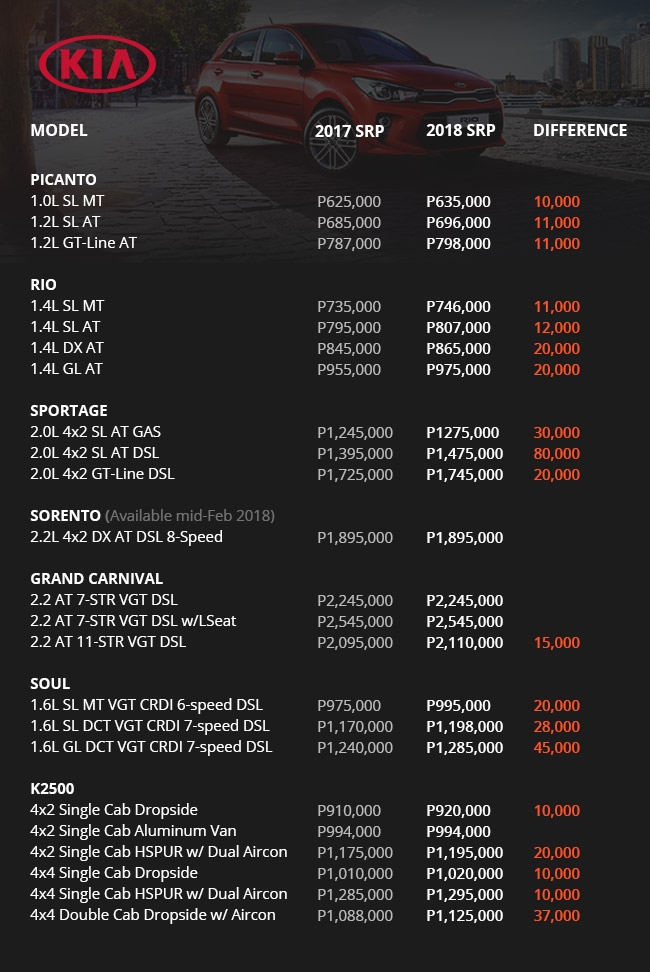 On the other side of the spectrum, BAIC sent in word that the prices of their vehicles had no movement. Same goes for BYD, or at least they hope there would be no need to increase the figures…for now. Unfortunately, SsangYong, who previously said that they won’t be raising prices for the first quarter, told AutoDeal.com.ph that they will have to update by February 1, 2018.