Volkswagen has been releasing several teaser materials of the upcoming T-Cross, and like everyone else, we, too, are in such excitement to finally see the model making its way to the Philippine market.

For starters, the Volkswagen T-Cross is currently the German brand’s smallest offering in its line of crossovers. Once it arrives here, it is set to compete with the likes of the Kia Stonic, Hyundai Venue, Ford EcoSport, and many other small crossovers available in the country.

No official specifications of the subcompact crossover have been disclosed just yet, though we did make a list of some things we want to see on the Philippine-specced T-Cross. We’re hoping and crossing our fingers that the following features will be included on the spec sheet once the new vehicle finally arrives here.

Without further ado, here are the things we want to see on the Volkswagen T-Cross in the Philippines. 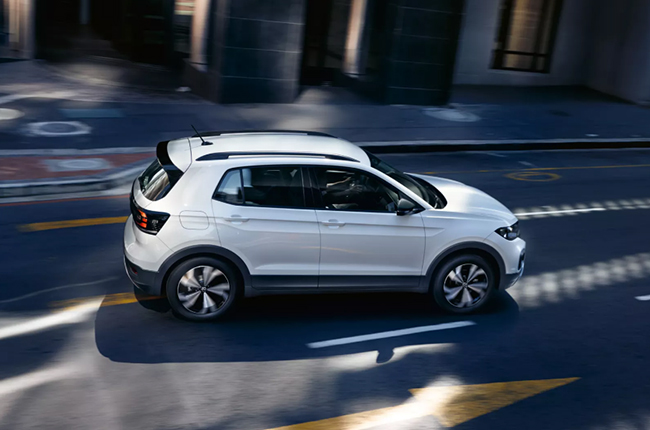 The color selection may vary per variant, though it would be nice if Volkswagen Philippines would consider bringing in that nice Orange body paint coupled with a set of matching alloys. Now that’s quite a funky look to it, don’t you think? It’d even get more exciting, too, when it gets other exterior color combos like the white paint combined with green alloy wheels. Based on the materials available, what’s even interesting is that the vibrant theme continues on the inside. Other markets, like the UK, get a matching interior. In this case, opting for the Orange paint and wheels will also give you an interior that matches the vehicle’s exterior theme. Note, however, that we’re not yet sure if this also applies to other colors as well.

What we know so far is that the other colors include Violet, Yellow, Red, Chinchilla gray, and many more. Again, we're still unsure which colors of the Volkswagen T-Cross will be made available for the Philippine market. Nothing beats that extra glare of sunshine. The Panoramic sunroof would absolutely be a good addition to the Philippine-specced Volkswagen T-Cross. Aside from the natural light, it can also be used during your occasional trips to the countryside where you are often greeted with fresh air. In other markets, part of the tech package of the Volkswagen T-Cross includes a digital gauge cluster that displays your speedometer, tachometer, and other necessary information of the vehicle through the large screen. We’d also want to see this in the Philippine-specced Volkswagen T-Cross. Other markets get different engine options. In fact, select counties even have a diesel option for the Volkswagen T-Cross. While a 1.6-liter diesel engine may sound good, the brand’s 1.5-liter gasoline engine would most likely be the one available in the Philippine market. The said mill produces 113 hp and 145 Nm torque. This should make the T-Cross a suitable city car which should also return good fuel-economy figures. The R-Line trim, on the other hand, is made available in select countries. If you think it offers boosted power figures, apparently, it doesn’t. Instead, the Volkswagen T-Cross R-Line serves as an aesthetic package that gives the subcompact crossover a more sportier look to it.

In terms of launch date, the T-Cross is projected to make its way to the Philippine market around June this year. Crossing our fingers that the specs and features  we’ve listed really do get  included on the Volkswagen T-Cross once it launches in the Philippines.