Having your vehicle’s engine die while driving can be one of the hardest situations to encounter. The engine, after all, is the heart of a car and without it, it will not be able to move unless you push. That being said, here are a few reasons why your car could die on you while you are driving it. It is important to note that when this situation happens, it is always best to take a safety-first approach as to not cause any accidents while you are moving your vehicle off the road.

When your vehicle has a damaged or broken alternator this means that it is now running on the battery as a source of electrical power. Once the battery runs out of power your car won’t be able to move as electricity is needed to generate a spark for the engine. If there is no spark available for the engine it will not be able to combust the fuel in the cylinder thus it won’t be able to produce any power to both the vehicle. That being said there are a few signs that an alternator will give off before it completely fails.

Be on the lookout for the following signs: 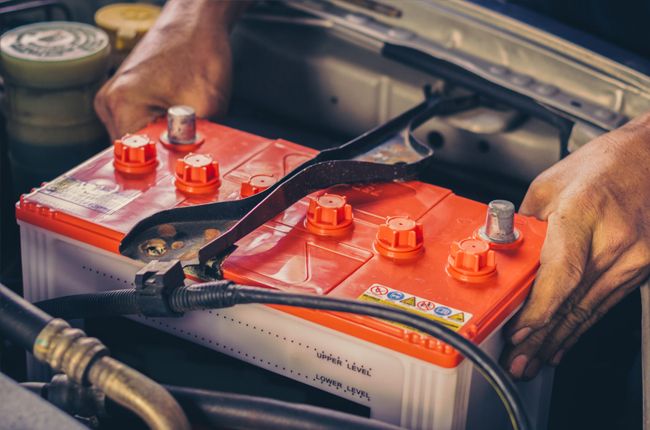 However, it is important to note that there are other causes of a dead battery. The battery could be near the end of its lifespan or it could no longer be able to hold a charge.

Related: When should I replace my car's battery? 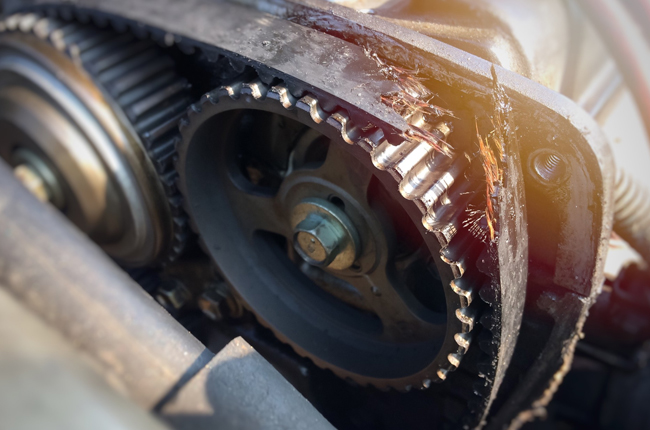 Another cause of a vehicle’s engine dying while driving is a broken or damaged timing belt or timing chain. It is the duty of the timing chain or belt to keep the engine running smoothly and to help dictate the synchronization of the valves inside the motor. If this fails or snaps, the engine will be thrown off sync and will be unable to properly produce any power. In the event that this happens be ready to put your vehicle into neutral or coast it to the side of the road so that you can call for help or a tow truck.

Related: When should a timing chain be replaced? 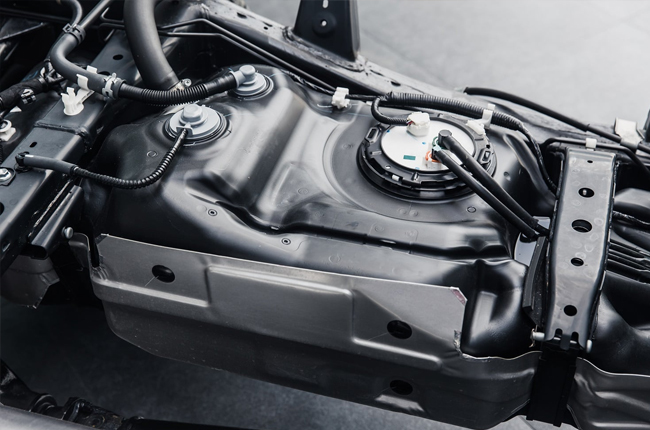 It goes without saying that an engine needs fuel in order to operate. If your fuel pump fails or is unable to supply the engine with enough fuel, it can cause the engine to die while driving. There are multiple probable causes as something could be clogging up the fuel lines, the fuel filter could be clogged, or the pump itself has died. However, there are a few signs that a fuel pump will give that you should look out for before it dies.

This is one of the first few symptoms a fuel pump will give off when it is about to die. An old or worn-out fuel pump will give off a loud whine or howl while running. This is a good indicator that it needs to be replaced immediately as it may fail on your while driving. It could also be an indication that something is blocking the fuel lines as the pump needs to work harder. Either way, it’s best to replace the component as soon as possible.

Another symptom of a failing fuel pump is having difficulty when starting. A fuel pump will automatically turn on once the ignition has been set. A weakened or damaged fuel pump will still be able to do its job, however, not enough fuel may reach the engine requiring more attempts to start the car.

One of the surest ways that you can tell that a fuel pump is about to fail is when the engine starts to sputter at high speeds. This means that the pump is unable to supply the engine with enough fuel to keep it going under higher revolutions.

If your vehicle encounters a loss of power while trying to accelerate or while under load, this could be a sign that the fuel pump is on its way out. If the pump is broken or is damaged it will no longer be able to keep up with the vehicle’s heightened fuel demands. In this situation, it will feel like the car will no longer be able to maintain power or will struggle to accelerate as the fuel pump is no longer capable of regulating the correct fuel pressure accurately and is unable to supply the engine with the appropriate amount of fuel. 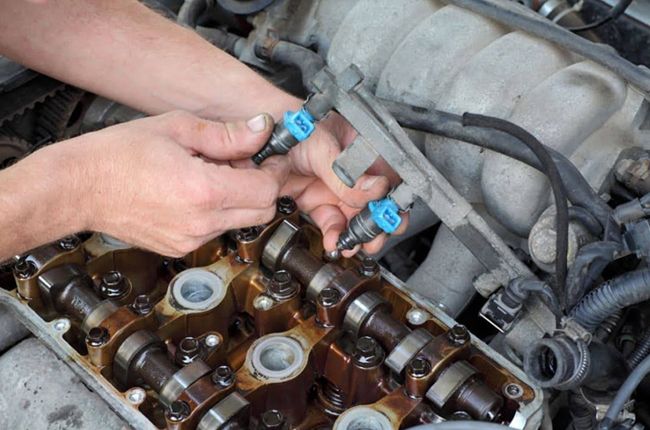 Another possible cause of your vehicle dying on you while driving is that one or more of your engine’s injectors have failed. This is a very rare occurrence, however, it can still leave your vehicle powerless when it happens. It is the duty of the injector to supply the cylinders with the fuel needed for combustion. If these fail then your engine will not be able to run correctly and produce any power. Common causes of injectors failing are because of dirt and grime or the part itself has been worn out.

If you encounter any of these symptoms it is best to bring your vehicle immediately to a service center to have the injectors replaced. 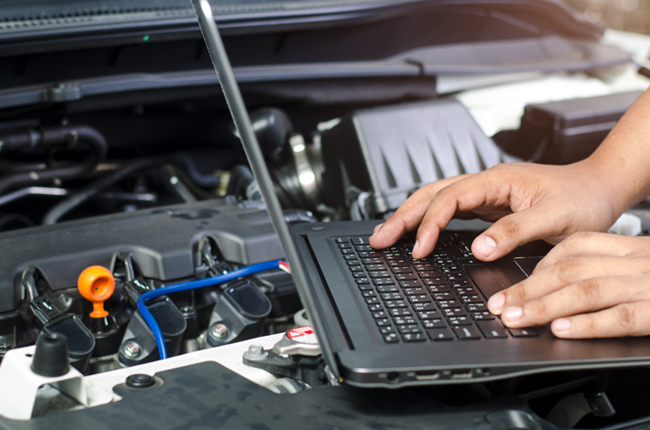 Faulty sensors can also cause your vehicle to stop working while driving. This can be caused by a number of different sensors, however, the most common kind is a broken or damaged Crank position sensor. It is the job of the sensor to tell your car’s computer that the crankshaft is rotating and that fuel can be administered. If the signal from this sensor fails then the computer will assume that the crankshaft isn’t working and will not give the go signal to supply fuel. However, it is important to note that this is a very rare occurrence and will not happen as often as those mentioned above. To fix this issue have your vehicle scanned at a service center to identify which sensor is broken and have it replaced.

Steps to take when your vehicle dies

In the event that your vehicle dies while you are driving here are a few steps to take to ensure that you get your car off the road and to a safe stop.

Move the car to the side of the road

The first step to take is to guide the car to the side of the road. As you no longer have power try and maintain as much forward momentum as possible, despite the loss of power your vehicle will still be able to stop and will still be able to turn. This gives you some control over it and will allow you to coast your vehicle to a stop. Try and park in a safe area to give you some room if you are still unable to start your vehicle.

Try and restart your vehicle

The second step you should take is to try and start the car, however, do not attempt to do this if your vehicle has encountered failure with its timing belt or timing chain as it could cause more damage to occur. In this scenario, it is best that you call a tow truck so that it can bring your vehicle to a service center.

Turn on your hazard lights

The third step to take is to turn on your hazard lights. As your vehicle is no longer able to move under its own power you are now a hazard to other road users. Safety is a priority in this situation, if your car is unable to get restarted, let other drivers know that you are having trouble so they can give you and your vehicle more space.

Call for a towtruck or for help

The fourth step is to call for help. Call a tow truck or for someone that can tow your vehicle to a repair shop immediately. Your vehicle being unable to move under its own power is a problem you want to take care of immediately.