The FX4 name designates a package that adds to the already-good looks of the Ford Ranger midsize truck. The Blue Oval has swapped out a few key components that are integral to the Ford Ranger’s burlesque and rugged appearance that is arguably a cut above the standard kit that the pickup already comes with.

In the Philippines, Ford reintroduced its Ranger’s gussied-up variant again to Philippine car buyers, but this time with additions that extend the look of Ford’s best-seller. The company has opted to use the XLT mid-variant to make the Ranger FX4 a reality. Starting at P1,256,000 for the manual variant, the FX4 package will set customers back P80,000 over the normal XLT variants. Let’s dive into the details of this pickup’s package. 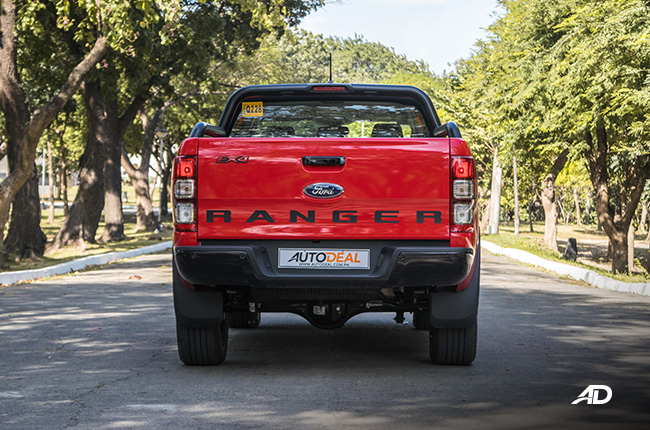 Every Ranger FX4 will have the Ford’s tried and tested Ranger XLT. The model comes with a 158-hp 2.2-liter diesel engine mated to a 6-speed automatic or manual transmission and has Ford’s updated 8-inch touchscreen LCD infotainment system.

Ford has incrementally improved its pickup over the years, and this generation was good enough for the Blue Oval to give it a Raptor Variant. The line-topping Wildtrak variant may come with all the tech and toys, but the XLT strikes a good balance between features and value for money. 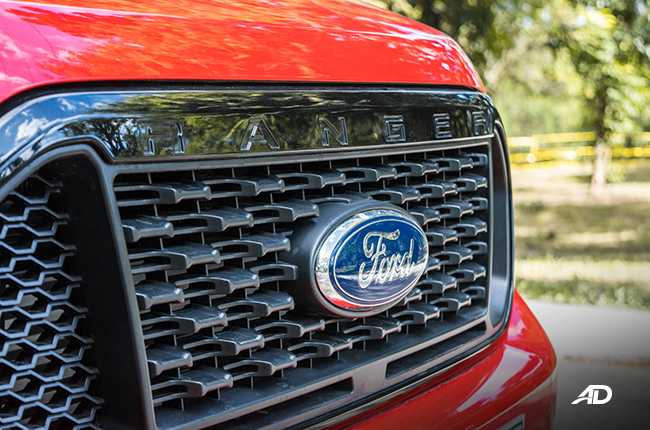 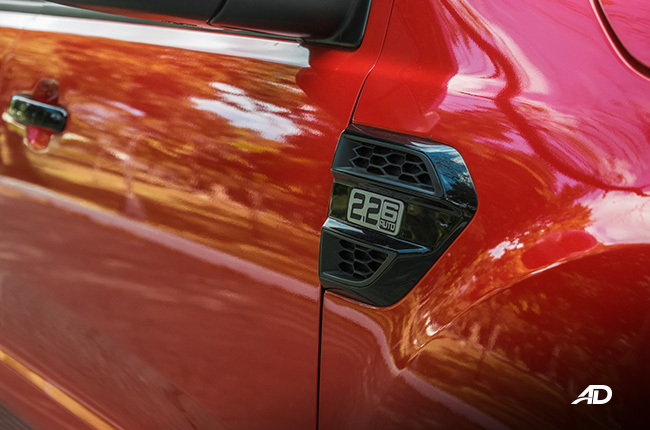 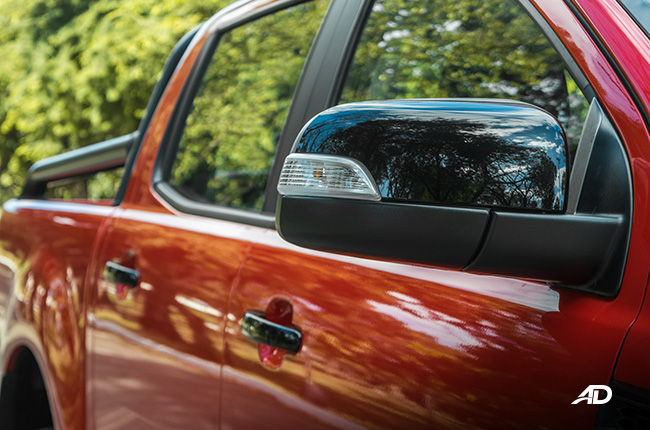 If chrome is not your thing, then you’re going to love the Ranger FX4. Ebony Black accents are a choice for those who opt for an edgier look. If you look at a normal Ranger XLT, chrome can be seen in many areas of the body, but in the FX4’s case, all those metallic bits are swapped out for a more under-the-radar look.

Parts that are clad in black include, all the door and tailgate handles, side mirror covers, the FX4-exclusive mesh grille, and the badges. The extended tubular roll bar for the bed is also a part of the package. It’s in matte black, which adds a bit of visual interest to the pickup’s posterior. There is another thing in black... Coming in 18 inches in diameter, the multi-spoke design makes for a unique look that has yet to become mainstream in the Philippine market. The alloys have a design that is new from Ford and will unlikely be seen all too often. 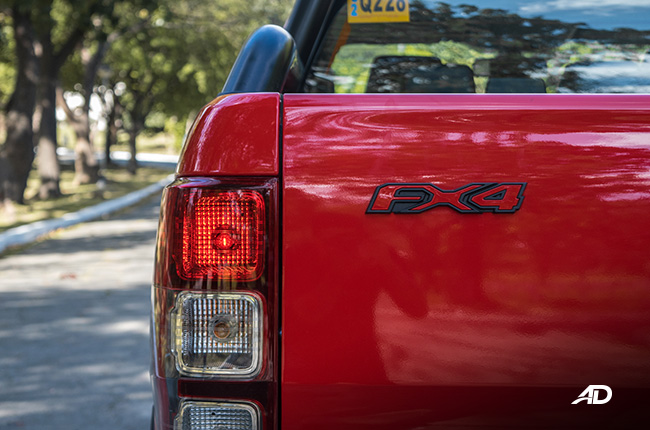 The FX4 logo alone is enough to make people wonder, “what’s that?” The red in the logo is very visible, while the smaller FX4 badges add another focal point to the rear. 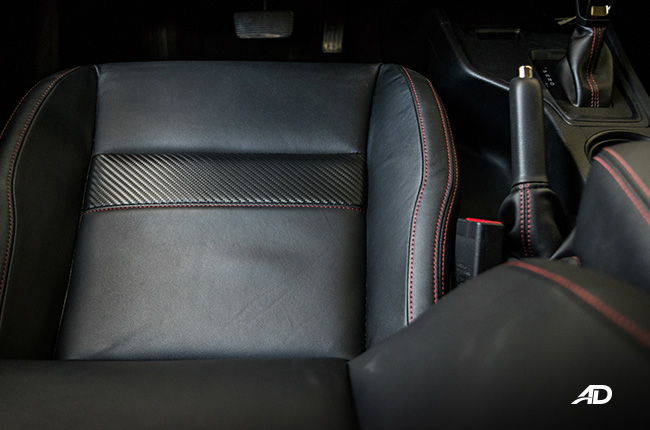 To complement the red color scheme of the FX4 logo, Ford has equipped this truck with a leather interior with red stitching. Previously, only top-end models feature contrast stitching, with the Wildtrak with orange and the Raptor sporting blue. Red stitches don’t just adorn the seats, they can be found in the dashboard as well with the accompanying leather upholstery on the soft-touch panels.