Here we have another dilemma of visibility. While we all want to make our presence known especially in a torrential downpour, there is a balance that must be struck when letting others know, otherwise, you’re just another nuisance on the road. Regular tail lights, you need them, they get the job done and they tell other motorists: “Hey, I’m here.”

So why do we keep seeing other motorists using their fog lights during a clear night, or a light shower? We don’t know the answer to that. Upon asking the usual reply is, “For more visibility,” “So others can see me.” Well if you drive a hunk of metal with working tail lights in weather that isn’t as bad as it seems, then, of course, you can be seen.

In the grand scheme of things, the tail lights should be enough to mark your position for other motorists. It’ll be overkill to have a high-intensity light source at the back if there is already sufficient lighting. Having a rear fog on at the back also diminishes how conspicuous your rear brake lights are, so coming to a halt will have three bright lights pointed rearwards.

While front fog lamps aren’t as intrusive, it’s the rears that are quite distracting to other drivers on the road if the weather conditions are clear. In a video by Toyota Malaysia, a rear fog lamp is part of the standard safety equipment but can be a nuisance and downright danger for other motorists that may get blinded by the high intensity of the rear bulb or bulbs. 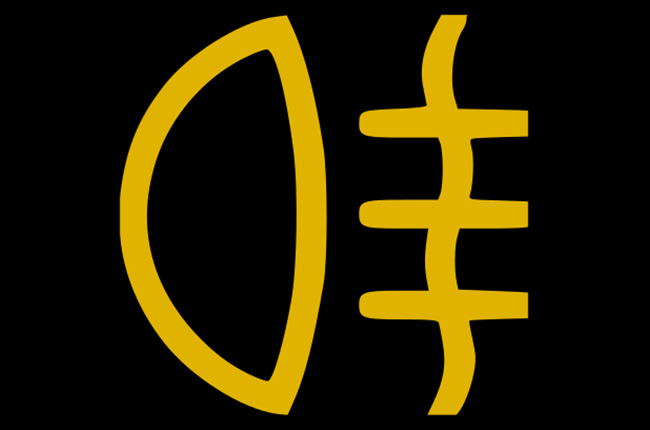 Let’s go back to the light in question. It’s called a fog light. It is meant for fog. It can also double as a light during a heavy downpour, but anything less and it becomes a nuisance to other motorists on the road. You don’t have to keep it on all the time. Headlights and front fog lights are marked by a green light on the gauge cluster. The rear fog light, when on, is indicated by an orange-colored icon in the cluster, meaning having it on is less normal than having your front lights open.

It is also quite dangerous to have this light open at all times because it is literally, a glaring danger for other people on the road. In summation, do not use your rear fog lamp if it isn’t raining hard enough. If your windshield is blurring up and you have to put your wipers on full speed, then it’s more acceptable to use the rear fog. In terms of poor visibility, dense fog will always trump a heavy downpour because it is as if you’re peering through frosted glass.