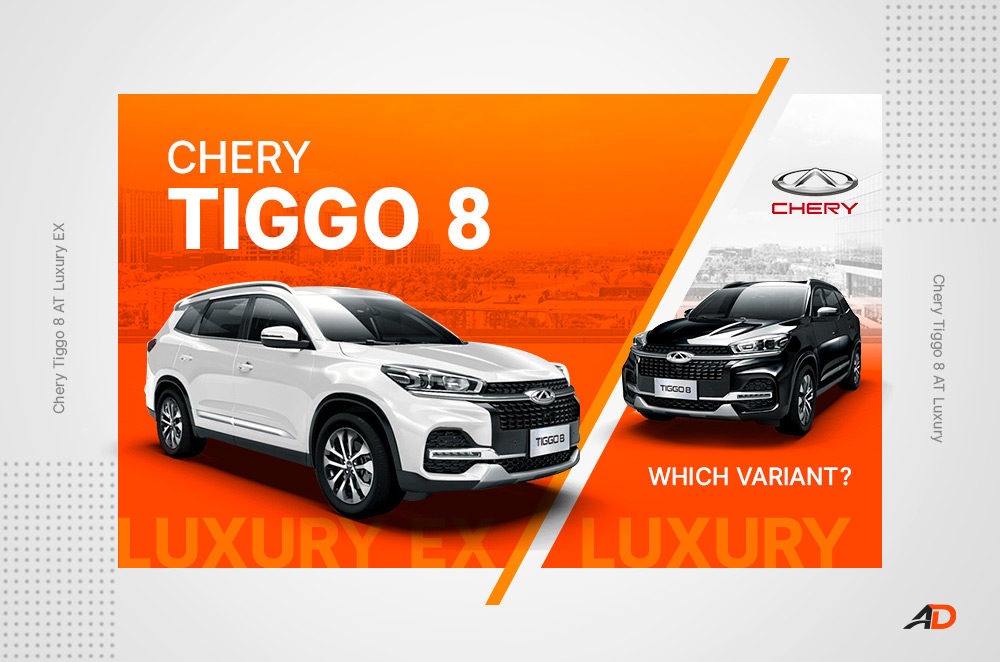 Chinese automotive brand Chery came back to the Philippine market last November 2019, bringing in its range of Tiggo crossovers. Out of those four models, the Chery Tiggo 8 stands as the Goliath of the pack, as its enlarged dimensions accommodate third-row seating, which is a huge plus for most looking to get the most utility out of one automobile.

This midsize crossover is currently available in two variants, namely the Luxury and Luxury EX. While both trims share the same powertrain, there are a few notable features that make each one distinctive. So without further ado, let’s have a quick comparison and see if which among the two is worthy of your hard-earned money.

You get a lot for less 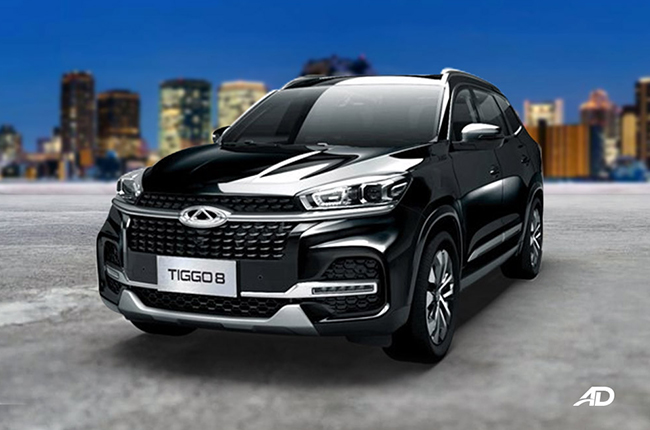 Entry-level variants were often deceived by many for being ungenerously equipped and almost bare, yet that's not the case with the Chery Tiggo 8 AT Luxury. It may not be ‘Luxurious’ as tagged by the name of its trim, but it’s definitely a generously equipped vehicle. On the outside, the Tiggo 8 sports a sleek and modern design. Upfront, it gets a huge blacked-out grille that’s accentuated with a chrome strip and a few silver garnish materials. It also comes with a pair of automatic LED headlights, in conjunction to that, the Tiggo 8 also gets Daytime Running Lights (DRLs).

Going over the side, this midsize crossover leans towards calmness and elegance. Apart from the well-planted lines, there’s also a great abundance in chrome. Its shoes were finished off with a set of 18-inch alloys, while those wheels are then paired with 235/55 tires. The rear is the most stunning angle of this vehicle, given its unified tail lights which illuminate strikingly during nighttime.

Inside, the cabin’s layout is clean and well-appointed. It does give you standard features like a push start button along with keyless entry, dual-zone automatic climate control, cruise control, and leather seats. The heart of the interior is the 10.25-inch infotainment system that’s paired with a 6-speaker sound system. Unfortunately, Apple CarPlay and Android Auto phone integration are not available, though there’s still Bluetooth and an app that allows you to pair your phone with the system. For easier cargo loading, the Tiggo 8 comes standard with a power liftgate.

The sole power plant of this midsize crossover is a 1.5-liter turbocharged engine that produces 145 hp and 210 Nm of torque. This mill is then mated to a 6-speed DCT. Safety is complemented by 6 airbags, ABS with electronic brakeforce distribution, stability control, traction control, hill-start assist and hill-descent control, a tire pressure monitoring system, ISOFIX tethers, and a reverse camera with front and rear sensors. Despite being an entry-level variant, you get a lot for less, with its price equating at just P1,280,000. Moving on to the higher trim, the Tiggo 8 AT Luxury EX variant shares a number of commonalities with the entry-level model. In terms of looks, it’s aesthetically the same treatments were applied including front, side, and rear, even the lighting setup and the same set of rims and tires were carried over, which is not bad at all.

Likewise, the overall layout of the interior was retained, including those aforementioned convenience and safety features found on the Luxury variant. What distinguished this higher trim is the addition of a panoramic sunroof and a 360-degree camera which therefore replaces the regular reverse camera.

As mentioned, the two variants share the same 1.5-liter turbocharged engine which is also paired with a 6-speed DCT. Those essential upgrades mentioned would require buyers to shell out an extra P60,000, which therefore equates its pricing at P1,340,000. For this variant comparison, we’d have to give the crown to the entry-level Luxury trim, as it already gives buyers quite a lot of features at a lower price point. Additionally, the brand is already giving out its Chery Smartwatch to those who buy either of these Tiggo 8 variants. This device enables owners to instantly roll down the windows, open the tailgate, and even start the engine. We definitely think that the Chery Tiggo 8 Luxury is an absolute steal at P1,280,000.

On the other hand, if you are seeking features like a panoramic sunroof and a 360-degree camera, then the Luxury EX trim is the better choice for you. You’re just going to have to shell out an extra P60,000 in order to do that. But for the record, even its top of the line trim is still situated on the affordable boundary, with it being priced at only P1,340,000.

With the Chery Tiggo 8 surrounded by other competitors, we’re still confident to say that this midsize crossover shall stand out in its own way, therefore shadowing other rivals in terms of affordability and great value proposition.