The Chery Tiggo 8 is the brand’s flagship product in the Philippines. As a crossover, it comes with a powerful 1.5-liter gasoline engine that is paired with a great 7-seater capacity. Aside from these features the Tiggo 8 also comes with a few tricks up its sleeve to make it even more attractive to customers. 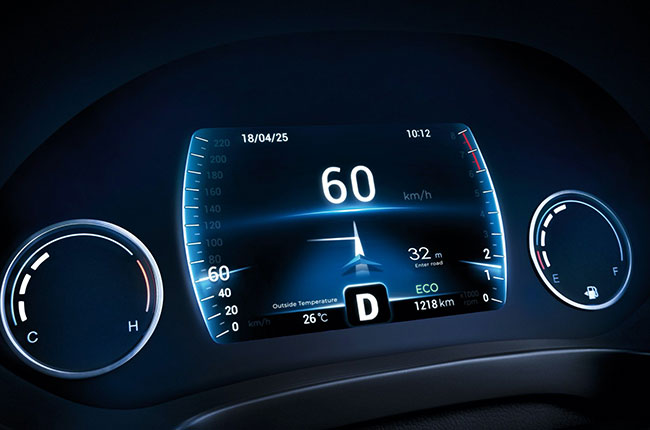 Starting off the list of great tech features that the Chery Tiggo 8 has is its digital gauge cluster. The automaker was sure to emphasize that you were getting a fully-loaded crossover by differentiating it from the rest of its competitors with this feature. The digital display showcases the essential information that a driver might need such as the tachometer and speedometer but in a bar format. Aside from this the display will also change depending on the drive mode selected. All in all, it matches well with the vehicle’s overall design of being an affordable yet feature-packed crossover. 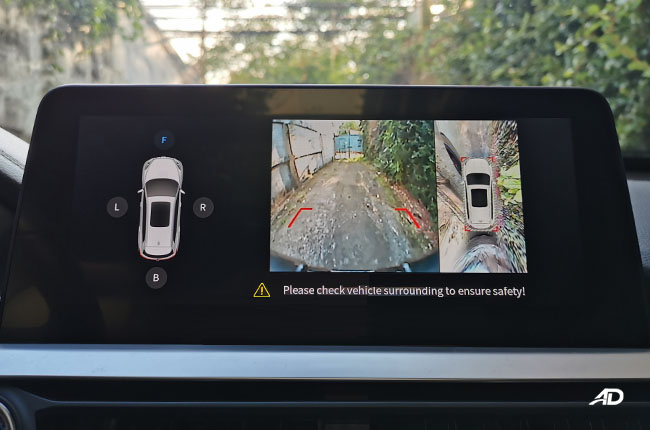 A feature that further adds convenience to the Chery Tiggo 8 is its 360-degree camera. This makes it easier to maneuver through tight roads and gives the driver a better view of what’s around and behind the crossover when parking. It also comes with the benefit of being active while driving at lower speeds, however, the feature will automatically shut off when the crossover reaches over 10 km/h. It’s a handy feature to have especially as it offers the driver a view of more than what the side mirrors and rearview mirror can offer. 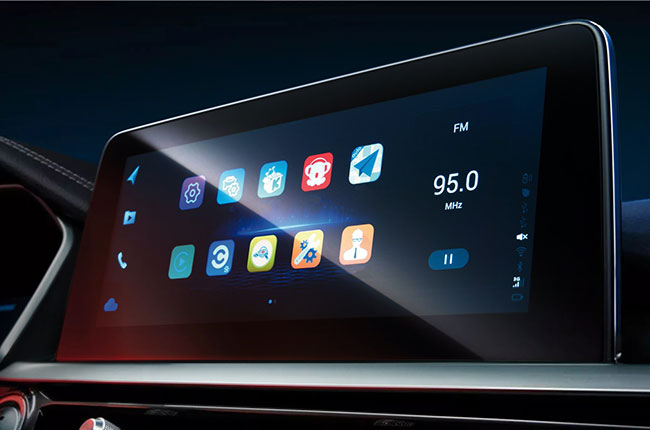 Aside from its other impressive features, the Chery Tiggo 8 also comes with a 10.25-inch infotainment system. This gives you more than enough space to see what’s going on with the vehicle as well as other information it might display. There is no Apple CarPlay or Android Auto available but it does come with a third-party application that will let you mirror your phone’s screen onto the display. Bluetooth also works well with the head unit and works seamlessly to connect with your phone. Another feature that the crossover has that will help with its convenience factor is its dual-zone climate controls. The knobs have a nice tactical feel to them and the display is easy to read and understand. The other controls can also be activated by capacitive touch as Chery has chosen to give the climate controls a sleeker design minimizing the use of physical buttons. These controls are easy to use, however, the material around them is piano black plastics. It’s just a minor quirk in an otherwise great-looking design. The cherry on top of the Chery Tiggo 8 is its smartwatch key. It is a wearable device that is included with the crossover that acts as the key to the vehicle. This eliminates the need for you to bring around the key fob in your pocket and it also acts as a handy timepiece. It also comes with the benefit of being able to sync with your smartphone allowing you to see your notifications with a quick glance at your wrist. Along with being able to link up to your mobile phone, the smartwatch can also remotely start the car, raise and lower the windows, operate the power tailgate,  and of course lock and unlock the vehicle. It also goes beyond being a wearable key as the device also comes with an assortment of health-related applications such as a heart monitor and step counter.