The Geely Coolray has three variants in its lineup, the Comfort, Premium, and the Sport. All three present themselves as a good value in the market thanks to some good styling as well as stellar performance for its class. It’s a good car to use, but which variant of the Coolray is best for you? 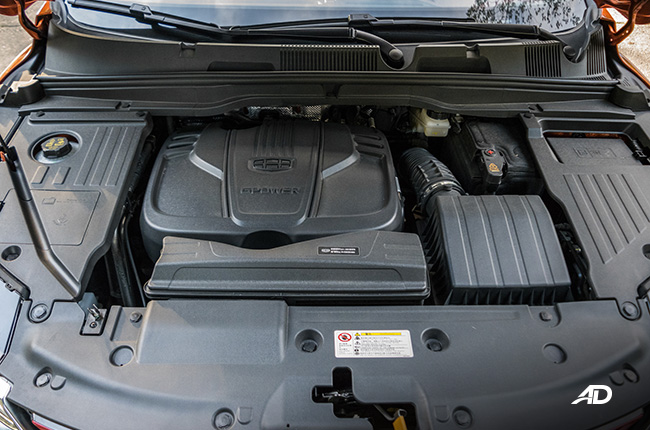 In terms of naming, Geely likes to use words to denote variants. The base model is called Comfort. It’s not the snazziest nor the most outlandish of all Coolray variants, but it’s got a great set of standard features and specs such as its 1.5-liter turbocharged 3-cylinder engine that produces 177 hp and 255 Nm of torque. Spritely performance is expected from this engine, as it even rivals other cars with bigger displacement engines with more pistons. It’s a capable performer, and it does ring true to the brand’s goal of “bringing back the fun in driving.”

Apart from that, it has a cloth interior that’s plainer, which is a good thing for more conservative types, and it has an exterior that is still very attractive. You do get fewer features as on top variants, which is expected, but it does still come with enough kit that is more than enough for your daily needs and all for just P978,000. On top of that, you also get a 5-year, 150,000 km warranty, and that’s standard for all models. Moving over to tech, all models from the base model up will receive a 10.25-inch infotainment system, which is a touch screen and is a wide panel allowing for a unique viewing experience. Apart from that, the instrument cluster is also all-digital. While you don’t get a smart key, and you still have to press a button to unlock the car, but there is a push-button start available, so you don’t have to fumble with your key blade. There is also a remote-start function that lets you start the car even while you’re not in it, a pretty useful feature to cool down your cabin as it runs the climate control at the same time. You also get an electronic parking brake with brake hold, cruise control, and electronic stability control. You also get 6 airbags in this model, so safety is not compromised whatsoever. Ther is a backup camera present as well, though more on that in the next variant. For P110,000 more, you can move on up to the next variant in the lineup, the Premium. The gist of this variant is that it is a tamer-looking version of the Sport, which we will get to in just a second. For just P1,088,000, you get a lot more value in terms of features such as larger wheels to start. The Comfort trim only has 17-inch, but the premium models and sport models roll on 18s. Accompanying this upgrade in the exterior, you also get the option of a two-tone body, which means that, your roof can be black depending on the color.

The improvements don’t stop at the exterior, you also get more toys in the interior, like the panoramic sunroof. Instead of fabric you now get leather-like seats which are appropriate given the name of this variant. You also get other features such as a smart keyless entry system, which means you only need to touch your door handle in order for it to unlock. Also, as the icing on top of the cake, you get an automatic parking system which is just sweet to use. You also get a tire pressure monitoring system. There are also auto headlamps for this model, which is another added convenience feature.

Now, this trim is cream of the crop, and the model we reviewed on in both written and video formats. As the top-level trim, the Sport has extra additions that bring the price up to P1,198,000, or another P110,000 over the last variant, which somewhat satisfying to see how the difference between each model is the exact same. Anyway, the notable improvements that you get in this trim level include a body kit, red accents all over including red-painted brake calipers, and even a 360-degree camera. Geely also includes its Sport Leather interior, which like the exterior also comes with red accents. Apart from that, you also get a full array of LED lights in the headlights and foglamps. Lower trims will be kitted with halogen projector headlamps, while this model gets the best lighting treatment.

So with all that in mind, we would have to crown a winner. It’s not easy given our experience with the snazziest variant of the bunch, but we digress.

So our value-pick among the three units is the Geely Coolray Premium. At its price point, it has got many features that it could potentially stand as a top of the line trim, but it is a mid-ranger, and often the best value could be had while shopping for a variant. Don’t get us wrong, the Comfort model is one to consider as well if you are strictly on a budget, but if you can splurge a little, it should be worth it for most, especially considering that the Coolray does look good in leather. So that leaves our top overall pick to be the Geely Coolray Sport. It’s a no-brainer of a choice, really. You get the look the accompanies the performance and the interior with some of the most eye-catching materials for the budget. Though, if you are not a fan of these very outgoing looks, consider the Premium model instead. It’s mostly the same minus a few features, and it’s tamer. Still, either model will be impressive.