Toyota Philippines has launched the facelifted 2021 Toyota Vios in the country. Despite having a familiar body the popular Japanese subcompact sedan now comes with a fresh new face and extra added features to keep it up to date. Just like the pre-facelifted model the refreshed one comes with 14 variants that still come with the familiar 1.3 and 1.5-liter engines. Toyota Philippines has, however, upgraded the sedan’s head and taillights bringing LEDs into the mix for the G variants. The rest of the models do get new headlight housings to match the refreshed look, however, these just contain 4 beam halogens instead. Just like the pre-facelift model's certain variants can be had with either 3 to 7 airbags. With that said let's get started. 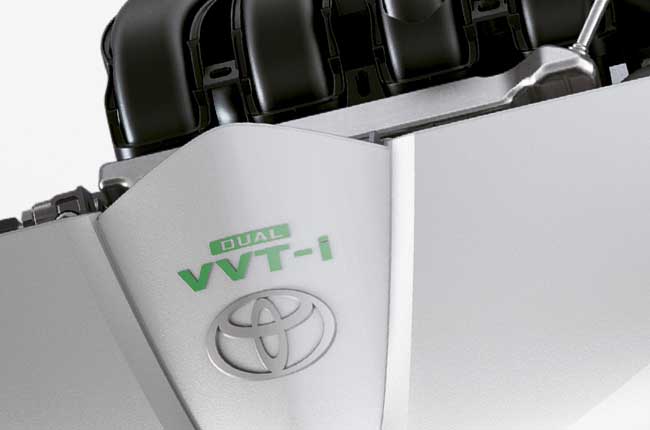 Similar to its pre-facelifted version the Toyota Vios still comes with either a 1.3 or a 1.5-liter motor. Both engine options can be had with either a 5-speed manual transmission or with a CVT. The 1.3-liter engines are intended for the entry-level to mid-range variants while only the G variant gets the more powerful 1.5-liter motor. With that said power remains the same across the board as the 1.3-liter power plant still pushes out 98hp and 123 Nm of torque while the 1.5-liter engine makes 105hp and 140 Nm of torque. In a similar case prior to the model lineup’s refresh, the 1.3-liter powered variants still dominate the current model selection of the Toyota Vios. You still have the Base, J, XE, XLE, and the E variants.

The Vios 1.3 MT Base variant, serving as the entry-level trim, is the most affordable Vios you can get in the market. With its price, the number of features it gets has been trimmed down. Starting at P681,000, the subcompact sedan has been stripped of its daytime running lights, front fog lamps, power side mirrors, and the Toyota vehicle security system, as well as wireless door locks. Also, the Base variant only has power windows for the driver and front passenger.

Going up a tier and you have the Toyota Vios 1.3 J MT. which can be had for P707,000. The J is slightly better than the Base and comes with 14-inch steel wheels with a full cap. It also comes with an Optitron gauge meter instead of the lower variant’s analog instrument cluster. It is important to note that the J variant can only be had with a 5-speed manual transmission.

Entering the middle section of the 1.3-liter variants is the XE, which is priced at P753,000 and offers buyers a few more features compared with that of the J. At its price point, you now get access to a 6.75-inch Display Audio infotainment system that now features Apple CarPlay and Android Auto capabilities. The trim-level also gets 4-speakers instead of the previous 2 that it had before. Those hoping for a manual transmission variant at this price point might want to go up a tier as the XE can only be had with a CVT.

The middle child of the variant selection is the XLE. Just like its pre-facelifted version, this variant comes with 15-inch wheels, a 4-speaker sound system, power mirrors,  a security alarm, and steering wheel audio controls. The 6.75-inch infotainment has also been carried over from the XE model to all other variants above it. Pricing for the XLE starts at P801,000 for the manual version and goes all the way up to P851,000 for the CVT.

Moving on, we have the  E variant which represents the upper-tier of the 1.3-liter models. It carries over the same features as the XLE variant but comes with a few new safety-related additions to help set it apart. Instead of the 3-airbags that come standard with the XLE, Toyota has given the E variant a total of 7 which extends all the way up to the GR-S model. Like the variants above it, the E can also be had with either a 5-speed manual or a CVT. Pricing for the E variant starts at P851,000 for the manual and P901,00 for the CVT. For those who want a little more power out of their Toyota Vios, there are two trim-levels that are ready to meet that need. First, there is the Toyota Vios G CVT and MT that come with the 1.5-liter motor, and then there is the much sportier Vios GR-S that comes with a new 10-speed CVT.

The G variants not only offer more power but also come with aesthetic differences over the 1.3 models that add a more premium and sporty feel to them. These also come with the additions of 3-tier LED headlights, LED daytime running lights, LED taillights, leather steering wheel audio controls, and automatic climate controls.

Starting with the E variants, Toyota Philippines has standardized the safety features found in the Vios all the way to the GR-S model. This means that all variants from the E upwards now come with 7-airbags along with the rest of the standard features. What the G and GR-S trims have over their 1.3 counterparts is that they now have access to an Alarm system with immobilizers along with a reverse camera, or what Toyota likes to call a back monitor. The GR-S variant, however, gets access to clearance sonar while the G variant does not get this feature.

What the Toyota Vios GR-S variant brings to the table is a more sporty-looking model that brings with it a more aggressive look. Like the G variant, it also carries a full LED suite of lighting elements along with a new set of 16-inch alloy wheels. The GR-S also comes with new more aggressive-looking bumpers at the front and at the rear, along with a small ducktail spoiler at the back. Topping it off, Toyota Philippines has also added Gazoo Racing elements in and around the vehicle, such as badging, a special push to start button, red accent stitching on the leather seats, a new gauge cluster, and the GR logo on the headrests of the front seats.

Pricing for the G variant starts at P911,000 for the manual and P970,000 for the CVT version. If you want to get the White Pearl paint job for any of these variants, you will need to add another P15,000 to its standard price. The GR-S variant, on the other hand, is priced at P1,020,000 and is the new top-of-the-line model for the Vios. In a similar case to the G variant, you will need to add P15,000 to the standard price if you want to get one in white. The Vios comes with quite a few best-bang-for-your-buck options you can choose from. Particularly, in the 1.3-liter ranger, the Vios XLE stands out. It comes with a good mix of features as well as an attractive price point of P801,000 to P851,000 depending on the transmission that you choose. Feature-wise, the XLE is nearly identical to the E variant but at a lower price. However, it does lose out on safety, as it comes with 4-less airbags than the E variant. If safety is a top priority for you, and if your budget still permits, then we highly recommend getting the E variant to get all the airbags the Toyota Vios can offer.

In the 1.5-liter range, we recommend the G still stands out, as the to-go variant especially if you want a manual version of the Vios with a stronger engine. Not only do you get more features compared with the 1.3-liter models, but you also get access to better lighting elements with a full suite of LEDs at the ready. The G variant also features a reverse camera as well as paddle shifters that are complimented with two driving modes, which come in Eco and Sport. The G variant comes priced at P911,000 for the manual, and P970,000 for the CVT version, which puts it close to the P1,000,000 area.

If you want the “all the bells and whistles” model, then we recommend the GR-S. While it doesn’t come with a manual option, it does come with a great looking aesthetics package that brings out the sporty looks of the Vios. On top of that, it also comes with a unique interior to the Vios lineup along with leather seats. It also comes with clearance sonar at the back to aid you when parking.

Whichever variant you choose the Toyota Vios will surely be a good value-for-money option. Toyota is even offering the refreshed sedan for leasing through its Kinto One program, so you don't have to worry about registration and maintenance through the brand’s flexible leasing terms. However, if you do want to get your hands on the refreshed Toyota Vios today, then we highly recommend using our Buy Online now feature to make getting your next vehicle go as smoothly as possible.