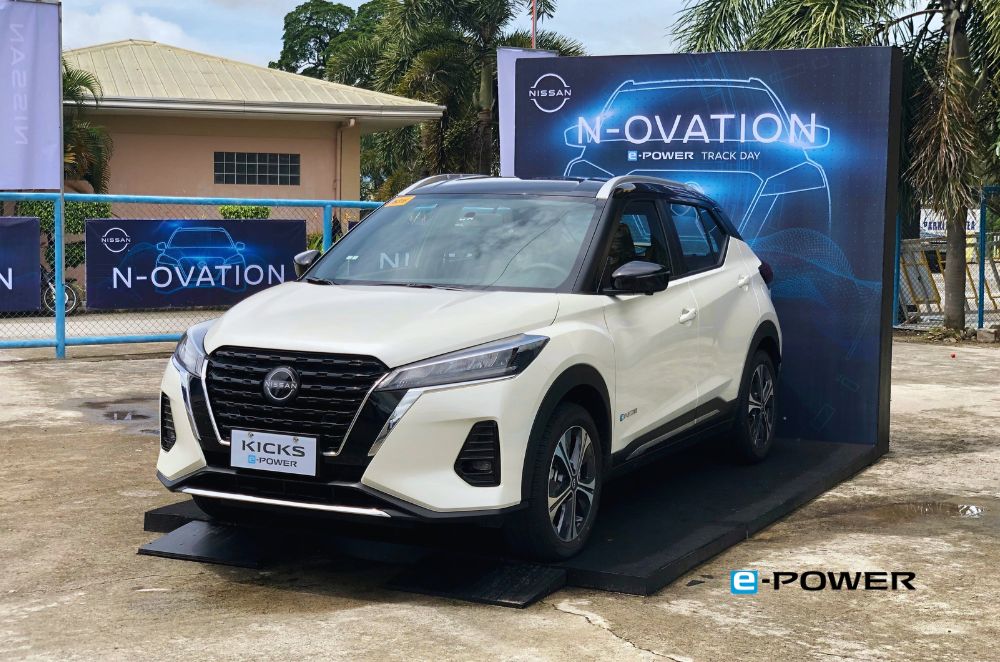 Electric vehicles are the unfortunate recipients of a polarizing reputation in the Philippines. The concept of cars with electric motors is well-known in the country, yet you will rarely ever see one on the road. People here enjoy thinking about EVs, but actually getting hold of them is still a giant question mark.

Why is this? One could point to the lack of charging infrastructure or the exorbitant prices of electrified cars. For either excuse, a lack of investment in the sector makes itself apparent. Consumers themselves have questions about the reliability and longevity of batteries and electric motors. No one appears to be willing to go all-in on EVs—not the manufacturers, not the dealers, not the buyers, not the government, and certainly not the oil companies.

So, no matter how much local consumers want to drive electric cars, it seems the odds are stacked against them. Something obviously has to give. Here we propose one brand that could spark the EV era in the Philippines with a product so elegantly simple it just might do the trick.

Why Nissan Philippines could change the EV game Nissan has been showing willingness in giving Filipinos a shot to enjoy EVs. It launched the LEAF here in 2021 as one of the first mainstream battery-electric cars in the country. At nearly P3 million, it was a massive step forward but still far out of reach for ordinary folk. With rumblings of the LEAF being discontinued by mid-decade, Nissan Philippines needs another exciting model to keep its momentum—and fast.

What is the Nissan Kicks with e-Power technology? 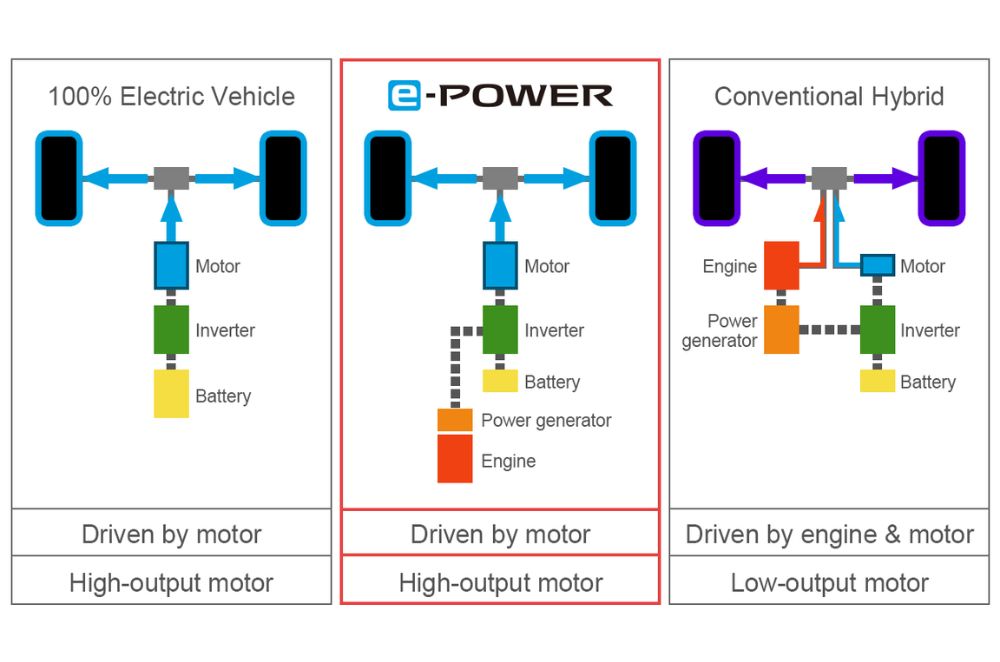 Enter the Nissan Kicks. At first glance, it’s just another hybrid that costs too much and doesn’t do anything special. Look closer, however, and you’ll find a wealth of technology and a passionate team rooting for change. Nissan’s e-Power technology is central to the Kicks. It combines a 1.2-liter three-cylinder engine with an EM57 electric motor (same as the LEAF) and a small-capacity battery pack to create a series hybrid system.

This means the Kicks needs regular gas refills to keep it running, but not in the way you might think. The engine only serves to charge the battery, constantly keeping it in a full or near-full state at any given time. The battery pack gives power to the electric motor, which then drives the front wheels on its own. It’s 100-percent electric drive, says Nissan. Nissan is marketing e-Power as a bridge between combustion engines and all-electric vehicles. It lets local buyers get used to the feeling of quiet drives and instant torque all the while not relying on plug-in charging. Another perk is the Nissan’s e-Pedal Step, which uses regenerative braking to render the brake pedal unnecessary in most conditions, even able to slow down to a crawl. The e-Power system on the Kicks delivers up to 25 kilometers per liter during mixed driving. That figure is rather optimistic, but anything close to that will still be as stellar as they come.

How much will the Nissan Kicks be and will it be reliable? In any discussion about EVs, pricing eventually becomes the main talking point. As a subcompact crossover, the Nissan Kicks will compete favorably in its segment. Its price range across the variants will overlap several of the market’s best-selling feature-packed ICE cars.

So far, so good. The next question is reliability. How long will the car last? From what Nissan has shared, the life expectancy of a Kicks might be the same as any regular gas-powered car. If you get one now, there’s a chance you could be driving the vehicle well into the 2050s. On a more practical note, Nissan will offer a five-year warranty for the battery. It also says battery degradation will be minimal on the Kicks. These should help quell some concerns from some, if not many potential buyers.

Could the Nissan Kicks accelerate EV adoption in the Philippines? 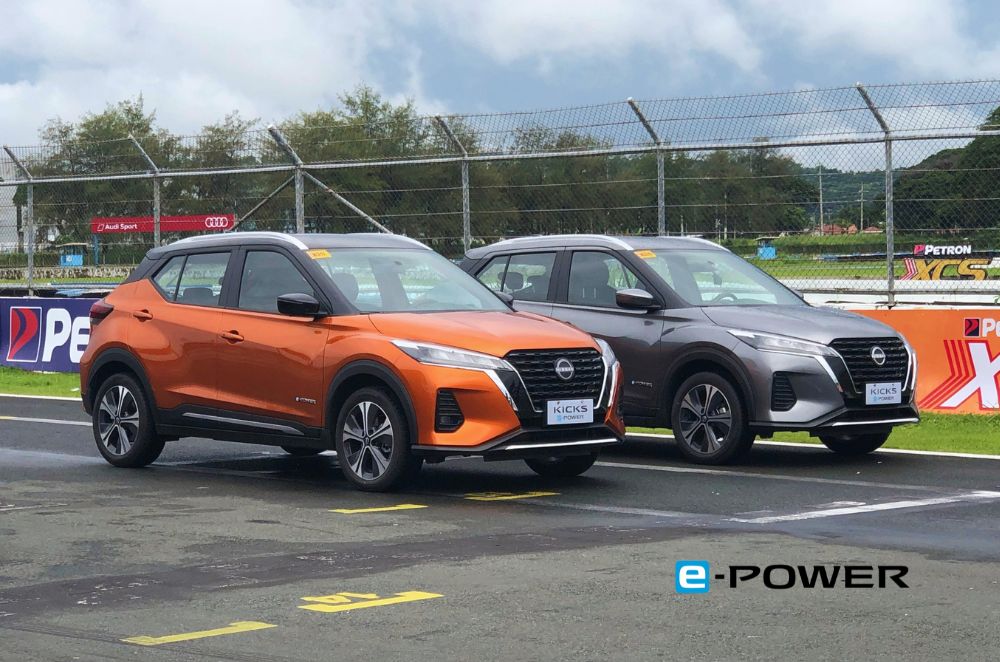 While the Nissan Kicks is not a full EV and should not be confused with one, its series hybrid e-Power technology might have what it takes to become a conduit for electric vehicles. In the end, Nissan knows what it’s doing. The company has single-handedly moved well over 500,000 e-Power vehicles in Japan. It has sold a further 150,000 LEAFs in its home country. Check worldwide figures and those numbers jump even higher.

If there’s any brand that could finally break the electrified horse’s back, it would be Nissan. There are only some products that could hope to strike while the iron is hot, with perfect opportunity and execution. The Nissan Kicks with e-Power could be the right product at the right time in the Philippines. We could be wrong, of course. But we still believe it’s ultimately up to the market to decide its electric fate.