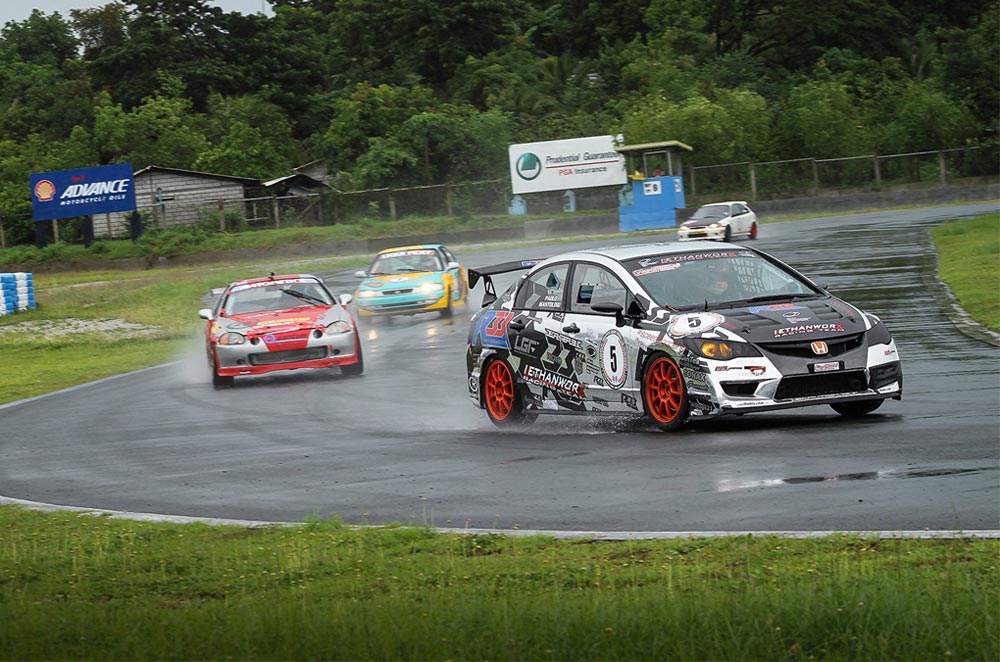 After 2 exhilarating rounds at Clark International Speedway (CIS), the 2015 Yokohama Philippine GT Championship will finally head down to the Batangas Racing Circuit (BRC) for Round 3 this July 26, 2015.

This is good news for motorsports fans down South after the 3.4 km race track went under mid-year repairs. But aside from this, a rule change was made which will take effect starting Round 3. Drivers under the GT150 and GT100 divisions will now be allowed to use the Yokohama S Drive high performance road tires. This will encourage more drivers to join the midfield action because the S Drive tires proved to be more economical to use on both wet and dry conditions.

As it stands, Willie Torres leads GT300 after being the only driver to compete in Round 2. On the other hand, expected to return this weekend is fellow GT300 challenger Veli-Matti kaikkonen.

Meanwhile, Richmon Dela Rosa is all set and ready to dominate GT200 once more. But he has to keep his guard up against Walter Zamora and Paolo Mantolino who are just as prepared to take the lead. Also, it would be interesting to see Joey Perry's car back on the track after his crash in the rain-soaked Round 2.

In the GT150, last round’s winner Patrick Dela Rosa will try his winning luck once again. Joining him are Dindo De Jesus and NR Joaquin for a 3-way Honda Civic EK battle. As if that’s not enough, an FD model Civic race car is said to join in with Bong Perez behind the wheel.

Lastly, GT100’s Ivan Diaz is on the lookout for another race win against his teammate Joginder “King” Sin and Edwin Rodriguez onboard the Mazda 2 SKYACTIV race car.

Aside from the GT races, other supports races for the weekend will be held. These include the Classic Aspirated Cup, the Sparco Bracket Circuit Racing, and the Sparco Grid Race.

The 2015 Yokohama Philippine GT Championship is sanctioned by the Automobile Association of the Philippines (AAP), sponsored by Yokohama Tires Sales Philippines, Inc., Sparco, and Aguila Auto Glass with support from the official dyno provider, Speedlab.

For more info or inquiries about the Yokohama Philippine GT Championship, please contact BRCI at (02) 729-5365 or 0932-860-4522. Get the latest announcements at www.facebook.com/BatangasRacingCircuit or log on to www.batangasracingcircuit.org.