We've had so much of Audi A8’s teasers, including the appearance of Spider-Man. Well, what seemed like a never-ending teaser has finally come to the final stage as Audi revealed the 4th generation A8 luxury sedan.

Audi summarized everything about the A8 in 4 terms: shape, shift, sense, and space. The first refers to the aesthetic qualities of the car, interior- and exterior-wise. Shift is about the new level in terms of power on which the car operates, such as the engine and the loads of features integrated in it. Sense stands for connectivity, while Space is all about the dimensional concept and comfort that the car is made up with.

Outside, the car features the wide and lower hexagonal Singleframe grille, complemented by its more muscular body compared to the outgoing A8. In addition, the vehicle’s LED headlights are integrated with lasers, which extends the range upon reaching the speed of 69 km/h. 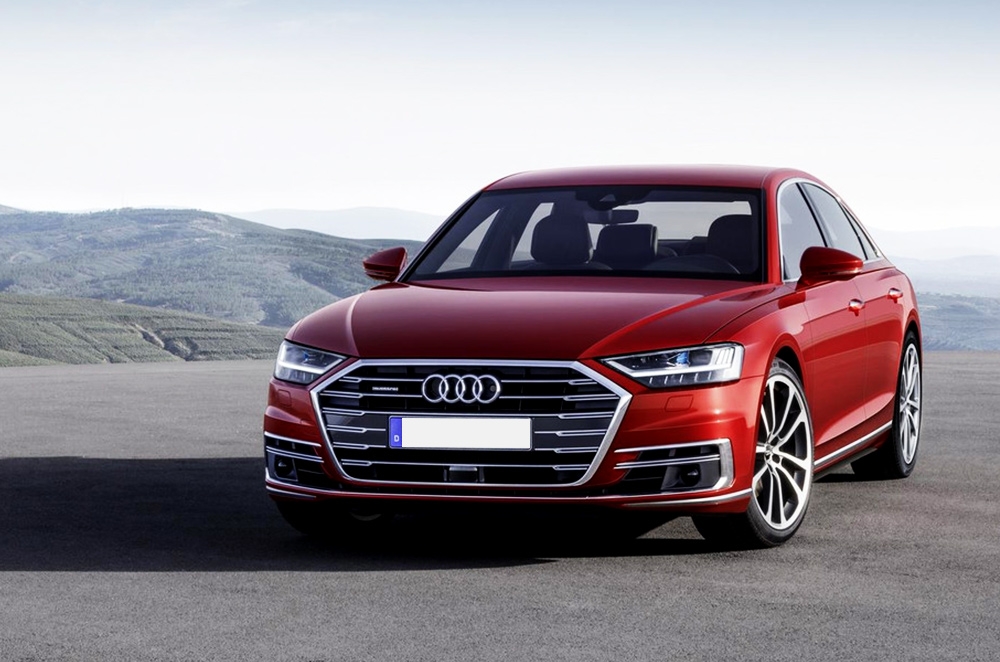 The cabin, on the other hand, includes what Audi claims to be the classiest seat inside the car. Located on the rear at the right-hand side is the optional ‘relaxation’ seat, which comes with 4 different adjustment options and a footrest that warms and massage the soles of the feet. At the center console, you will find a 10.1-inch touchscreen display that blends with the dashboard when turned off. 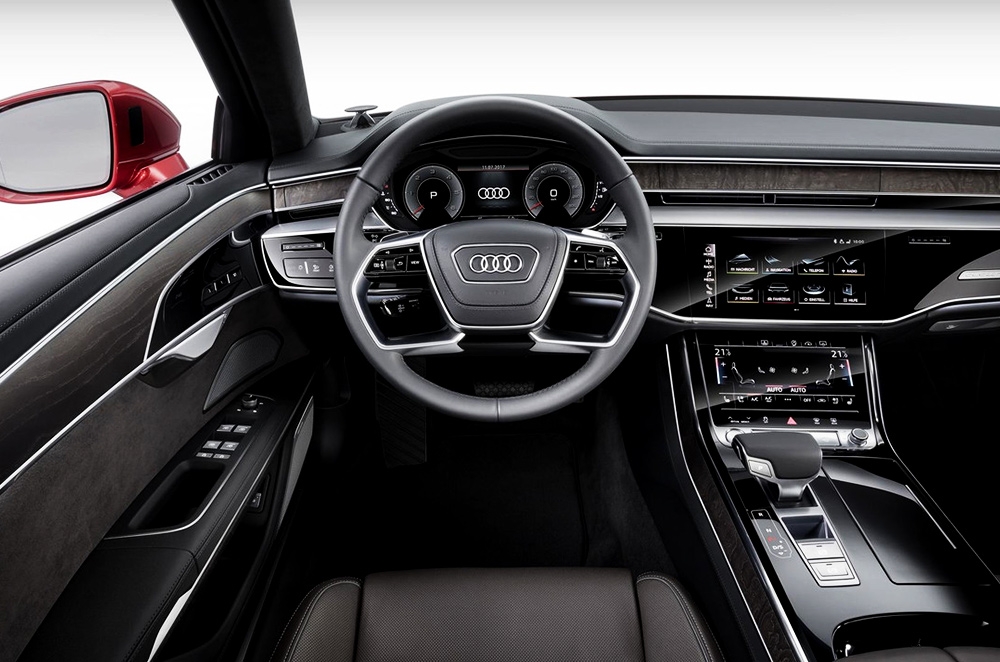 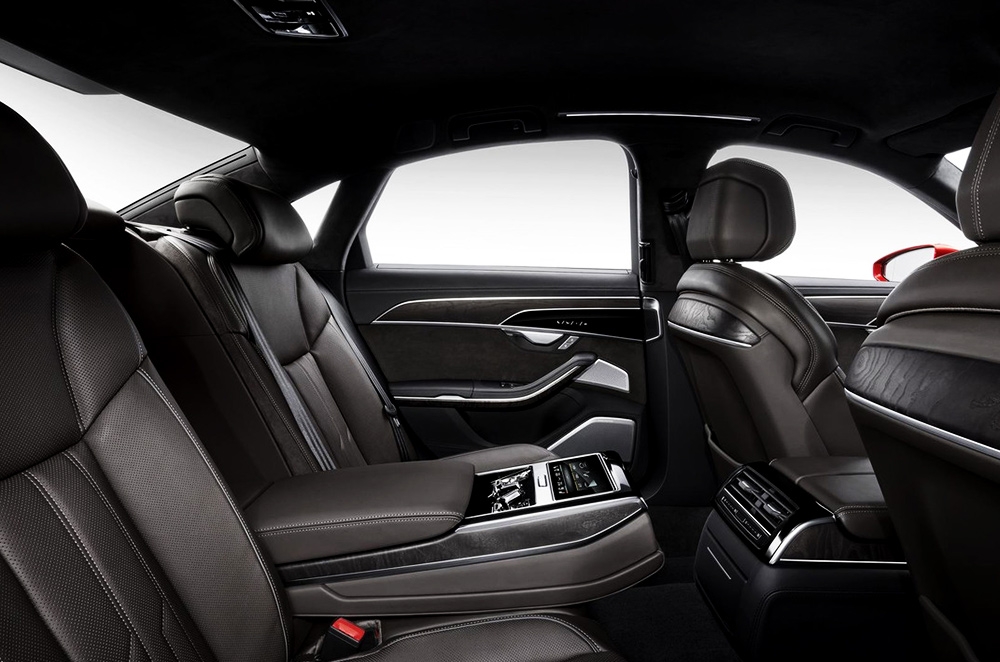 In addition, Audi introduces its top technology – the MMI navigation plus (MIB 2+). This infotainment technology provides 400 functions of personalization for user profiles, as well as 41 driver assistance including crossing assist and maneuvering assist. It is said to be 50x faster than the 1st-generation MIB system, and has navigation with self-learning function based on the driver preferences.

Another key thing the German automaker wants to instill in our minds is the first ever Level 3 autonomous capability in the planet. Dubbed as the AI traffic jam pilot, this lets the car take over the driving all by itself, at the same time giving the driver the freedom to recover control. The system is activated through a push of the AI button on the center console, managing the starting, accelerating, steering, and braking.

In addition, it can handle sudden cutting of vehicles closely in front. The AI traffic jam pilot also detects when the driver falls asleep, and sends off multi-stage warning. In this situation, as the system alerts the sleeping driver when the car rises above 60km/h, signaling that they need to take over again. When it doesn't receive any response, the vehicle will be brought to a full stop.

The new A8 also has the AI remote parking and garage pilot to complete the range of its autonomous capability. The mild hybrid electric vehicle (MHEV) technology that the German automaker will be using is based on the 48-volt primary electrical system. This will be fed by a belt alternator starter (BAS) that's connected to the engine's crankshaft by the belt drive. There will also be a lithium-ion battery placed under the luggage compartment floor.

In addition, there will be a plug-in hybrid variant that will follow this range – the A8 L e-tron quattro. Audi said it will have a 3.0 TFSI engine with electric motor that is mated to an 8-speed Tiptronic and a separating clutch under its belly. This engine will provide the car with 449 hp and 700 Nm of torque.