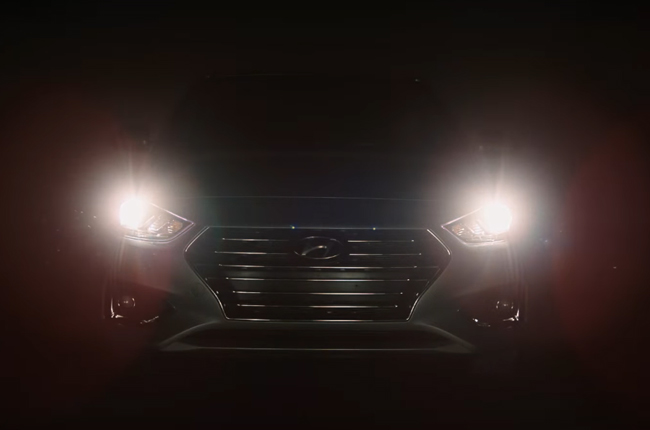 It seems that the subcompact sedan segment is set to have an exciting competition as auto manufacturers introduce its respective challengers.

Last January, Toyota launched the all-new Vios in Thailand featuring a refreshed exterior design, which is sort of a mash up of the Corolla Altis and the Camry. Now, Hyundai responded to the Japanese automaker’s assault by releasing a teaser video of the 2018 Accent.

Based on the teaser video, the 5th generation Accent wears the brand’s ‘cascading grille’, Hyundai’s signature design language. Turning at the side, the all-new Accent is characterized by a sharp character line and a sloping roofline.  The rear, on the other hand, gets an Elantra-like combination taillights as well as a trunk lip spoiler.

However, the Korean automaker has yet to release more details about the 2018 Accent such as its interior layout and power output rating. It will make its world debut on February 16 at the 2017 Canadian International Auto Show in Toronto.

Watch the teaser video of the all-new Accent below.