Ford makes a big reveal today stateside as the all-new Explorer takes center stage before its public debut at the 2019 Detroit Auto Show next week. It’s the sixth generation of the full-size crossover and of course, it’s better than its predecessors in so many ways, including the return to the rear-wheel-drive platform.

Aesthetically, the 2020 Ford Explorer gets a revamped look with its new peculiarly-shaped hexagon-esque front grille, while retaining its key, longtime traits such as the blacked-out A- and D-pillars combined with body-colored C-pillar. 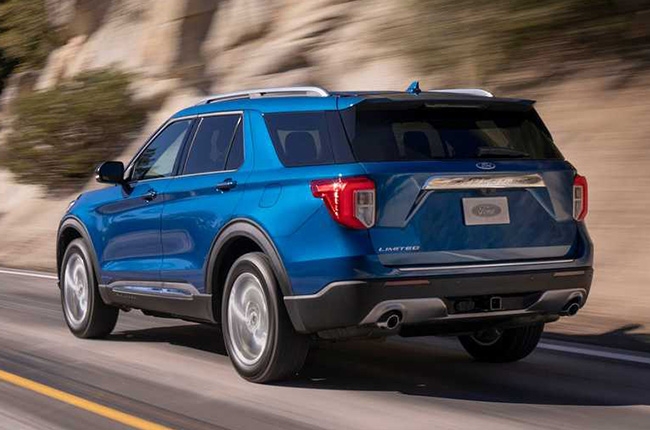 On its side, the all-new Explorer gets a more sloping roofline and shorter front overhang. It’s matched with a redesigned 18-inch aluminum wheels, but seven wheel designs come as options, including the 21-inch rims for the Platinum trims. The rear-end gets restyled as well, but still reminiscent of the current design.

Inside, the Explorer keeps its luxurious appeal intact but it’s hard to miss the 12.3-inch digital cluster display and the new upright 10.1-inch touchscreen infotainment system floating at the center of the dashboard. Ford said that this new orientation allows split-screen configuration, for simultaneous viewing of navigation maps and audio controls. And yes, it has the latest SYNC 3 installed, along with Apple CarPlay and Android Auto. A 4G LTE WiFi hot spot is also available, which can host up to 10 devices inside the car. 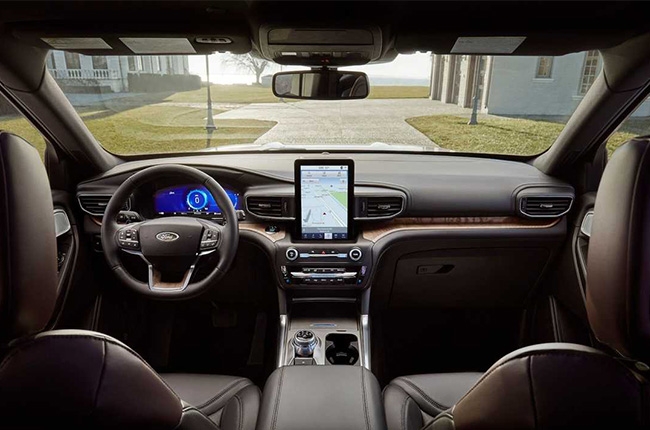 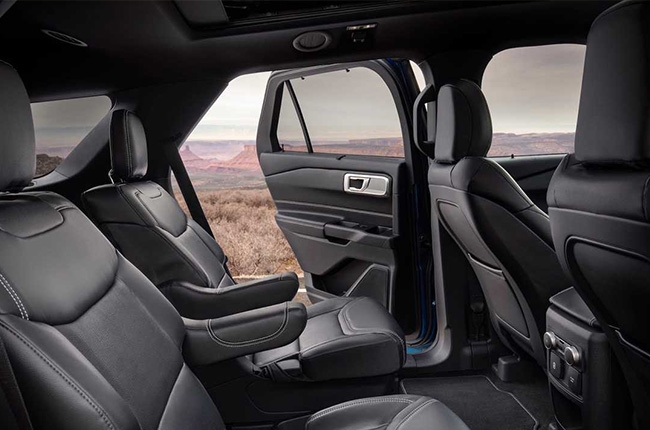 Also added to the 2020 Explorer are sliding second-row seats to allow easy access to the third row. Cargo space has also been increased to 2,486L with the second and third rows folded – an increase of 173L from before.

Probably the most compelling part of the all-new model is its return to the rear-wheel-drive platform – an Explorer trait that has been lost for almost a decade. Although, it keeps its unibody construction, so there’s that.

The 2020 Explorer also comes in two EcoBoost engine options: the standard turbocharged four-pot 2.3L and a new 3.0L V6 with twin turbos. Final output figures aren’t out yet, but the former is expected to produce more than 300 hp and 420 Nm of torque, which are improvements from the outgoing model with the same power plant. The new 3.0L V6, on the other hand, is expected to have an output rating of 365 hp and 515 Nm of torque – numbers that are greater than the old 3.5L V6. The increased power outputs of both engines also enhanced the crossover’s towing capacity. Regardless of the engine choice, the Explorer will come with 10-speed automatic transmission and an option to go all-wheel drive in some trims. Drive modes include normal, sport, trail, slippery, tow/haul and eco for the rear-wheel-drive variants, while all-wheel-drive variants get deep snow and sand mode for improved off-road performance.

As for safety, the 2020 Ford Explorer will have a slew of active and passive safety tech, dubbed as the Ford CoPilot360, which includes a blind-spot monitor with cross-traffic alert system, lane-keep assist, automatic high-beam headlights, and a forward collision system with automatic braking and pedestrian detection. Adaptive cruise control system with lane-centering technology will also come standard, as are an automatic rear braking system, evasive steering assist, and the Active Park Assist 2.0 – a fully-autonomous parking feature.

Locally, Ford Philippines just gave the Explorer a subtle facelift last year. With the all-new model hitting U.S. showrooms by June of this year, it might take another year or two before we see the next-generation full-size crossover on Philippine roads. But then again, we’ll see. We might get it sooner than we think.

Get Notified About Ford Explorer News