Maxus Philippines, the Ayala-owned importer, and distributor of British bred commercial vehicles are set to launch a new vehicle soon and it comes in the form of an MPV called the G50. The new 8-seater MPV will be joining the brand’s local lineup of vehicles such as the Maxus G10 and the Maxus T60. The official release date has yet to be confirmed but the automaker is slowly releasing more and more information about the upcoming vehicle as the years go by.

Related: The Maxus G50 is set to make its debut in the Philippines by the 3rd quarter of 2020 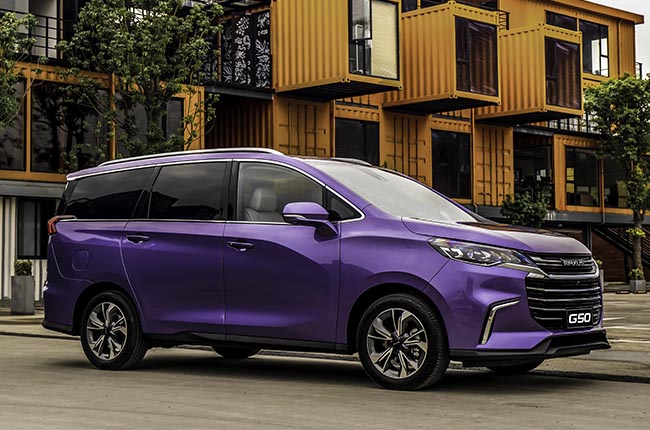 This time around Maxus Philippines has confirmed the official power plant of the local models that will soon go on sale in quarter 3 of 2020. The brand has stated that the all-new vehicle will come with a 1.5-liter turbocharged gasoline motor that will be mated to a 7-speed dual-clutch transmission. The gasoline engine produces 169hp and 250 Nm of torque. The British-bred automaker has also confirmed that three variants will be entering the country and all of them will be automatic.

What still remains unknown is what kind of interior and infotainment system the all-new vehicle will have. Our best guess is that Maxus Philippines will bring invariants that have the 12.3-inch infotainment system making it an attractive feature for those who have budding families and want to buy a starter MPV. Another unknown factor is the pricing, our estimates put the vehicle somewhere between the P650,000 to P1,200,000 range. If this holds true then the Maxus G50 could be a hit with the local market thanks to its very competitive pricing and possible upcoming features as well.

With no official release date still being mentioned by Maxus Philippines, it will only be a matter of time until the all-new vehicle officially launches in the local market. Until then we will keep you updated with more information that the automaker releases about the new model.