The 2022 Honda HR-V initially made its debut in the Japanese market earlier this year. With its release in its home market, it was only a matter of time before the popular crossover would make its way into the ASEAN region. Thailand was the first ASEAN country to receive the new vehicle as it now comes with a much sleeker design, a more civic-like cabin, and now comes with a hybrid powertrain. 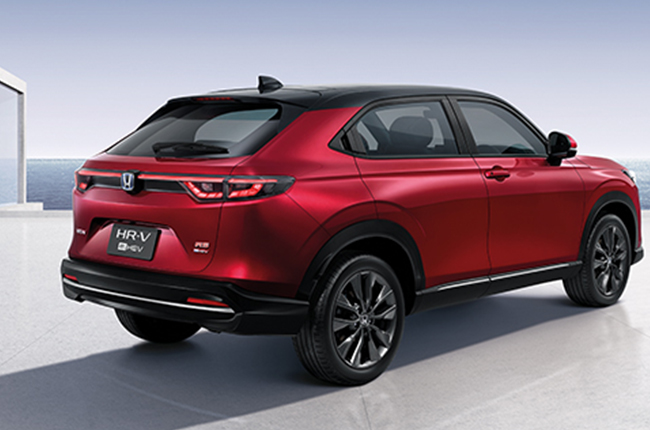 On the outside, the crossover now comes with a more upright front fascia that comes with a large grille, sweeping new LED headlights, LED daytime running lights, a new sportier-looking hood design. Overall its new fascia has a few design elements of the Honda CR-V mixed in it especially with its lower bumper which comes with similar creases and cuts as well as similar fog light placement.

Moving on to the side of the all-new Honda HR-V, you get a high beltline that is paired with a floating roof to help give the vehicle a more SUV-like look. The crossover also gets wider fender flares, along with a new set of alloy wheels that will vary in design depending on the variant chosen. Interested buyers will be able to get a set of optional Modulo wheels if they choose to customize their crossover. At the rear, the new HR-V comes with a much squarer rear design that is complemented with a back-swept tailgate. On the inside, the cabin of the 2022 Honda HR-V resembles that of its Honda Civic counterpart. It adopts a much more simplistic design with a dual-layer layout with a sloped dashboard. It now comes with a floating 8-inch infotainment system that supports Apple CarPlay and Android Auto, a new climate control system, a redesigned information display, and a three-spoke steering wheel that also houses multimedia controls.

Under the hood, the Thailand Honda HR-V comes powered by a 1.5-liter Atkinson-cycle inline 4-cylinder engine that is paired with two electric motors. The engine alone produces 103hp and 127 nm of torque. But with the electric motors assisting the engine, the vehicle produces a combined output of 129hp and 253 Nm of torque. Power is set to the wheels via an e-CVT developed by Honda. With this frugal powertrain, the automaker claims its crossover can achieve 25.6km/L.