The Covenant Car Company, Inc. (TCCCI) through MG Philippines has recently launched the new 2022 MG ZS T Trophy crossover in the country. With the new model comes an updated exterior that has been paired with a new motor along with a host of new features that help make the vehicle even safer and more competitive than ever. 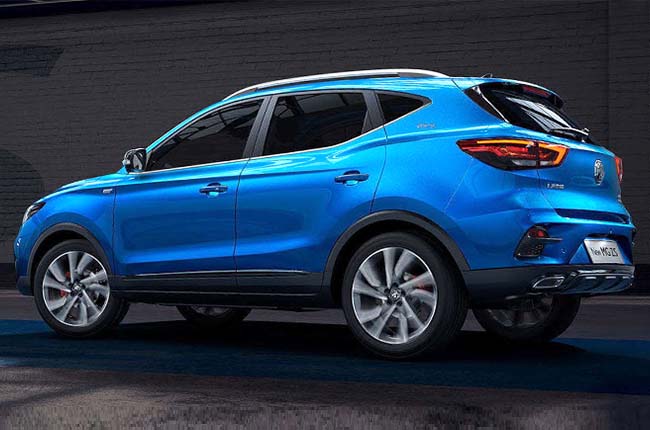 Starting with the exterior, the facelifted crossover now gets a new front fascia which is an evolutionary design as it still carries over a few elements from its previous iteration. It now comes with a stardust grille that features a hexagonal shape along with an obsidian matrix pattern that helps frame the massive MG logo. The new MG ZS also comes with a new set of sharper-looking LED headlights that help give the vehicle an even sportier appeal. Aside from this the vehicle also features a new lower grille and fog light housing design that help complete the new look of the crossover.

Moving onto the side of the vehicle and the MG ZS T Trophy now gets a new set of 17-inch alloy wheels that features a Tomahawk design. Aside from this the crossover also gets red-painted brake calipers to further enhance its new sportier design. At the rear of the MG ZS, there is the presence of more body-colored trim that helps give the vehicle a more sophisticated look, this is also paired with a refreshed set of taillights that further enhance its design language. The changes to the new MG ZS don’t end with the exterior of the vehicle, the interior also gets a few things changed to it as well. The gauge cluster has been changed, while at the center the crossover now gets a massive 10-inch infotainment system that features Apple CarPlay and Android Auto. The same large screen is also used as the vehicle’s display for its 360-degree camera.

Aside from these new features, the MG ZS T Trophy also gets more convenience related features added to it, these come in the form of a 6-way power-adjustable seat for the driver, leather upholstery that comes with monogrammed headrests, automatic climate control with rear air vents, and a panoramic sunroof. Under the hood of the new MG ZS resides a 1.3-liter 3-cylinder turbocharged motor that produces 161hp and 230 Nm of torque. Instead of being mated to a 4-speed automatic transmission, this new model now comes with a 6-speed automatic. This is a step up from its lower non-facelifted variants that are still on sale alongside it that come powered by a naturally aspirated 1.5-liter engine.

The 2022 MG ZS T Trophy is now available at all MG dealerships nationwide with a suggested retail price of P1,158,888.