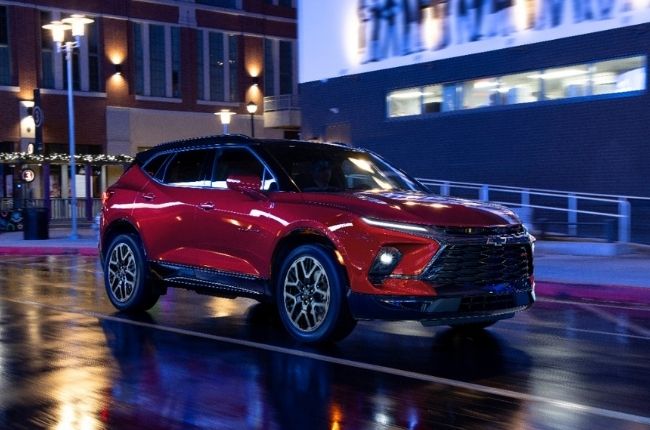 Chevrolet has launched the refreshed 2023 Blazer in its home market, the US. The Trailblazer's big brother gets a minor facelift and a larger touchscreen display, among other updates. On the outside, Chevrolet's updated mid-size crossover sports a redesigned front fascia with a new mesh grille and corner vents. A piece of black trim now connects the grille and the vents, lending a more cohesive look to the Blazer's front end. The headlights are also slightly changed, although the same slim and sharp design remains. Chevy also changed up the rear slightly, with the taillights gaining a cleaner look. 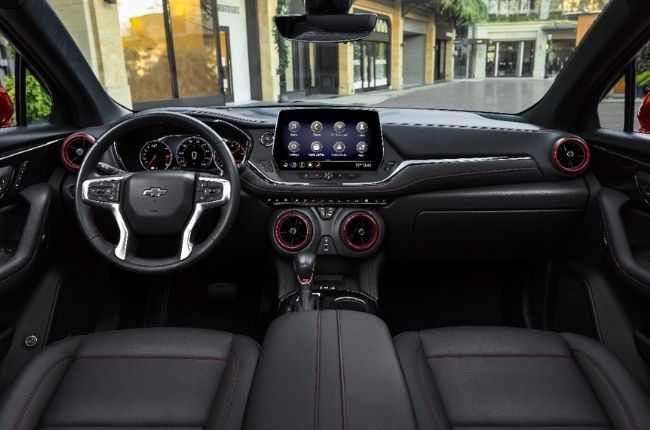 Stepping inside, not much has changed on the 2023 Blazer. The most significant change is with the touchscreen display, as it's now a 10.2-inch unit instead of the 8-inch LCD seen on the previous model. The Blazer also gains features like standard remote start, wireless charging, and available adaptive cruise control.

The new Chevy Blazer still packs the same engine options under the hood. It's a turbocharged 2.0-liter four-cylinder gasoline power plant that makes 228 hp. There's also an available 3.6-liter V6 that generates 308 hp. Both engines connect to a nine-speed automatic transmission, and either a front-wheel-drive (FWD) or all-wheel-drive (AWD) configuration is available. The refreshed 2023 Chevrolet Blazer will hit the US later this year. Chevy has yet to disclose pricing information, but the outgoing model did start at $34,595 USD (around P1.77 million). The Blazer is unlikely to launch in the Philippines, but at least we have the new Trailblazer crossover to tide us over. It features much of the same design language as the Blazer in a more compact and affordable form. The 2022 Chevrolet Trailblazer starts at P1,488,888.