The 2023 Honda Civic Type R has made its global debut. Following last year’s 11th-generation Civic, the Type R gains an all-new design highlighted by a slimmer, sleeker profile and a wider road presence. It’s also the most powerful and best-handling Civic to date, according to Honda. 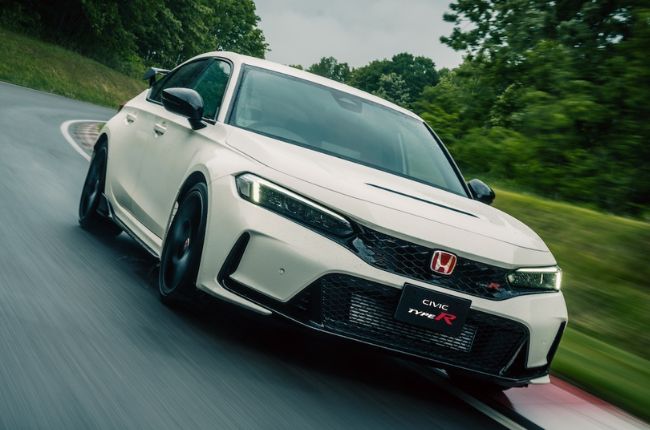 As the 2023 Civic Type R is based on the new Civic, it naturally gets a similar exterior update with a mature look and better aerodynamics. The Type R gets a more aggressive front fascia marked by a sporty honeycomb grille that matches the dashboard design inside. At the sides, bold yet slim fender flares show off lightweight 19-inch black alloy wheels wrapped in thicker Michelin Pilot Sport performance tires. The wider rear doors, exclusive to the Type R, complement the vehicle’s new liftback silhouette. Over at the rear there’s a redesigned spoiler, a resculpted bumper with a triple-exhaust setup, and a redesigned diffuser. 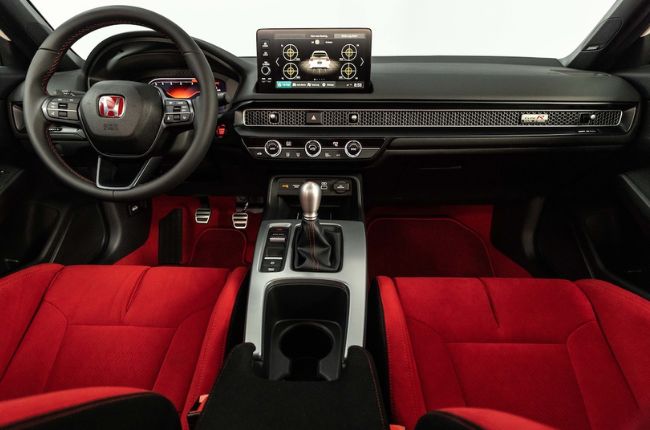 The next-gen Honda Civic Type R follows the same overall interior layout as the Civic, albeit in a more exciting form. As previously mentioned, a honeycomb pattern lines the dashboard, matching the design found out front. There are also sporty red seats along with red carpeting and trimmings. Honda rounded out the design with a serialized Type R plate placed parallel to the front passenger seat. 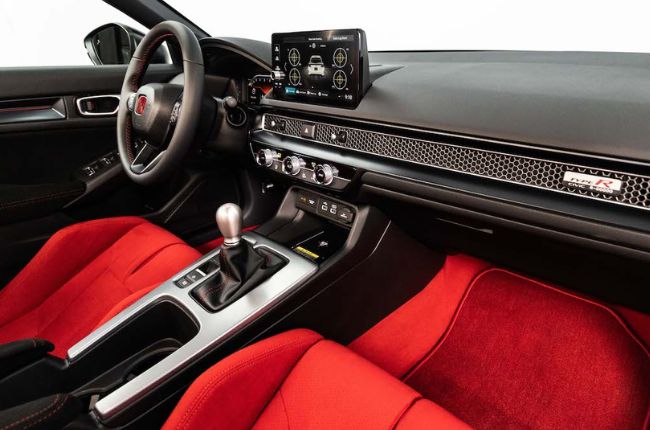 In terms of tech, the new Civic Type R gets a large floating-type touchscreen display with the Honda LogR data logger. It gives the driver access to real-time vehicle information. It also includes a stopwatch for recording lap times and a video-sharing feature. On top of that, the Type R gets a new R+ digital meter design that displays a wealth of driving information. Honda also included a graphic engine RPM display, rev indicator lights, and a gear position indicator. Honda’s turbocharged 2.0-liter K20C1 engine is now more powerful and responsive than ever, paired with an improved six-speed manual transmission with a rev matching system. Honda also updated the turbocharger with a redesigned housing and a new turbine with a different shape and blade count to augment airflow. It’s reportedly the most powerful VTEC Turbo in a production Civic Type R.

The 2023 Honda Civic Type R is launching later this year. Full specs and pricing information should become available as we approach the vehicle’s launch window.