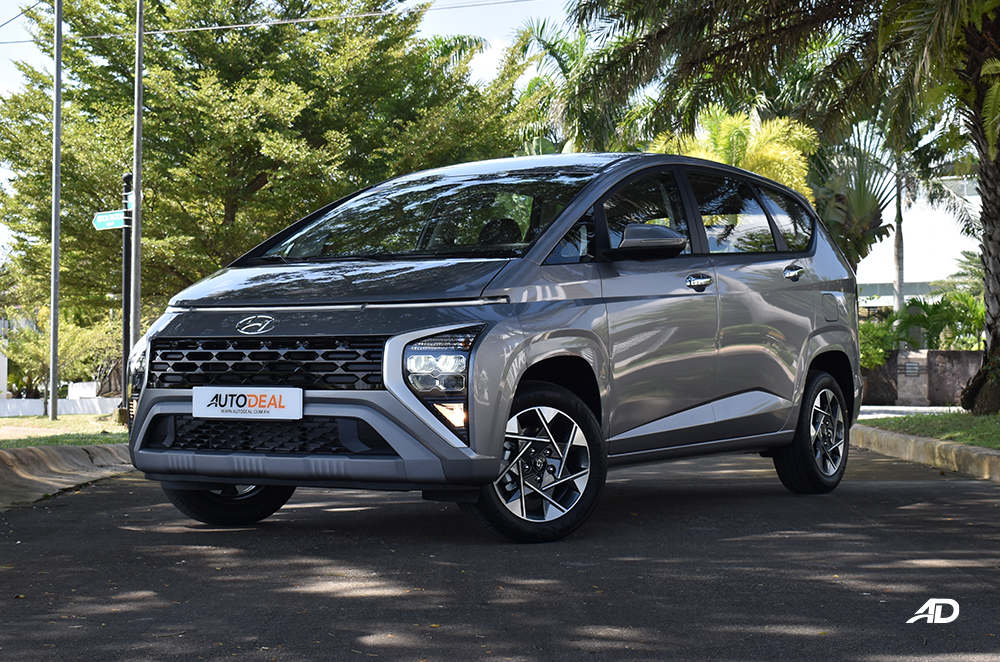 Hyundai Motor Philippines Inc. (HMPH) has officially revealed the 2023 Hyundai Stargazer MPV. It's the brand’s 5th vehicle to enter the local market under its refreshed lineup of cars. With that said, the automaker has also announced that it will now be accepting reservations for the Stargazer at its 38 dealerships nationwide.

To recall, the Hyundai Stargazer initially made its global debut at the 2022 Gaikindo Indonesia International Auto Show with it set to take on the likes of the Mitsubishi Xpander, Nissan Livina, Toyota Veloz, Suzuki XL7, and the upcoming new Honda BR-V. It is available in the Philippines in three variants, the 1.5 GL, 1.5 GLS, and the 1.5 GLS Premium. It also comes with a special introductory price of P998,000 for the GL model. As for its styling, the Hyundai Stargazer takes on a similar design language to its bigger brother the Hyundai Staria. It comes with a sleek and sloping front end with a flat face and a long horizontal LED daytime running light. It comes with an upper black grille with a unique design along with a lower grille that contains diamond-like patterns. It also comes available with LED headlights arranged in a similar way to its competitor the Mitsubishi Xpander. Aside from this the vehicle also rides on a set of 16-inch alloy wheels. 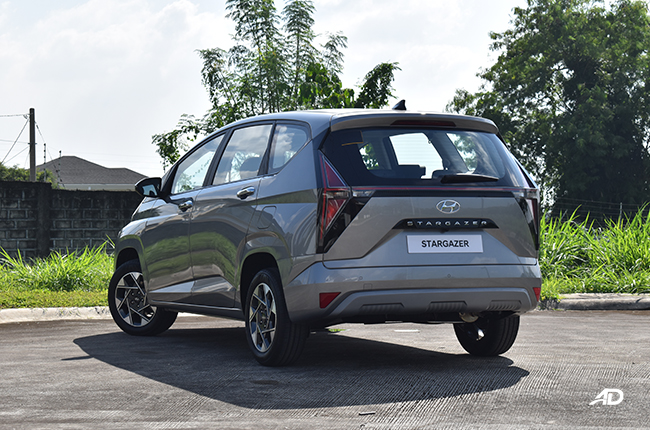 At the back, the Stargazer comes with an H-like rear. It has angular taillights that are connected by a horizontal light at stretches across the tailgate of the vehicle. Black accents can be found under and around the taillights to give the MPV a more unique and modern look. Couple this with a faux silver diffuser and you will understand why many call this the “baby Staria.” As for its cabin and amenities, Hyundai has given the Stargazer a minimalist interior with a large infotainment system at the center and a digital instrument cluster on the side. The automaker, has, however, given the MPV plenty of storage space throughout the cabin. A table tray can also be found behind the front passenger seat but this feature is only available in the GLS Premium model. 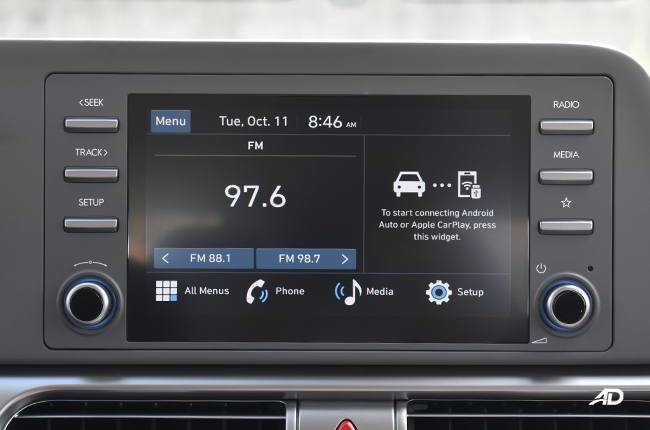 As for its infotainment system, the Hyundai Stargazer comes with an 8-inch infotainment system that comes with Apple CarPlay and Android Auto capabilities along with Bluetooth and USB connectivity. It is important to note, that the lower GL variant does not come with this infotainment system, instead, it has a standard radio with Bluetooth, Aux-in, and USB connectivity. Higher variants of the Stargazer come with a 6-speaker sound system, while the lower model gets a 4-speaker system instead. A wireless charger is also available but can only be found in the GLS Premium variant. Powering the entire model range of the Hyundai Stargazer is a 1.5-liter naturally aspirated gasoline engine that produces 112 hp and 144 Nm of torque. Power is sent to the front wheels via an Intelligent Variable Transmission (IVT) which is the only transmission option available for the MPV. Stopping power comes from disc brakes at the front and drums at the rear. The Hyundai Stargazer does not yet have its full pricing available, however, for its entry-level model, the South Korean automaker is offering it with a special introductory price of P998,000. The full pricing is set to be revealed once the Stargazer makes its full and official public launch on November 2, 2022.