Ford Motor Company Philippines remains as one of the biggest competitors in the Philippine automotive industry. Delivering a strong retail performance for the entire year of 2022.

Leading the charge are three of Ford’s best-selling vehicles - the Ford Ranger, Ford Everest, and Ford Territory. These three models contributed the most to its 24 percent growth in retail sales from 2021. The Ford Ranger takes center stage as the Blue Oval brand’s best-selling car last year, with sales rising 24 percent to 11,396 units, the Ranger is the second-best selling pickup truck in the country.

On the other hand, the Ford Everest also ended 2022 on a high note, with full-year sales growing by 99 percent to 3,534 vehicles, showing that it has a captivating presence despite the highly-competitive mid-size SUV market here. 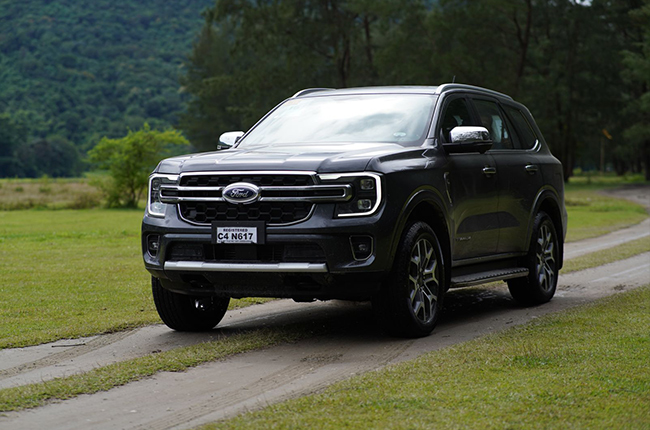 The latest generation of the Ford Ranger and Everest debuted last year, their current iteration aimed to blend the right mix of driving capability and riding comfort to make these vehicles retain the rugged qualities its predecessors had while delivering a much more refined experience.

Meanwhile. The Ford Territory remained the country’s best-selling compact SUV for its third year in a row, with full-year sales increasing by 35 percent to 9,269 units and a sizable market share of 51 percent. In September of last year, the Ford Territory reached its 15,000th sales milestone.

“It was a milestone year for Ford Philippines in 2022 with the launch of our next-generation Ford Ranger and Everest and the continued success of our Ford Territory, including a number of customer engagement initiatives that allowed us to enhance the Ford purchase and ownership experience,”
Mike Breen
Ford Philippines Managing Director

Ford Philippines also launched FordPass in 2022 for next-generation Ford vehicle owners. Vehicles equipped with FordPass can connect their vehicle to the internet and can access certain remote functionalities such as remote start/stop, lock/unlock, and fuel level check all through a smartphone.

Aiming to sustain their momentum in 2022, Ford Philippines announced that it will be offering retail promotions for its best selling vehicles this month. The Ford Territory will get P149,000 all-in downpayment promo and a free 3-year scheduled service plan. The next-generation Ford Ranger XLS 4x2 MT is available with a P105,000 all-in downpyment promo, while the next-generation Ford Ranger XLS 4x2 AT is offered at a P99,999 all-in downpayment.