Google the best dashboard cameras in the market today and chances are, you won’t come across this one – Japan's Comtec HDR 360 G Drive Recorder. In fact, nothing would come close to it in terms of coverage range and features. Well, it only covers 360 degrees, which in simpler terms, the whole surrounding circle of your vehicle.

Feel secured in and out of your vehicle as the Comtec Drive Recorder captures all directions, from front to the whole cabin and through the rear windshield. This camera doesn’t just record front collision accidents, it also is perfect for side and rear-end collisions. It’s an all-in-one car companion inside a compact body casing.

Related: 5 reasons why having a dashcam is a wise choice

So, be it for a serious accident or a spam one, this dashcam is like your knight in a liquid crystal casing. It pretty much makes other existing top dashcams out there and has a number of functions that you can’t find on conventional car cameras. Here are its three qualities we like the most. 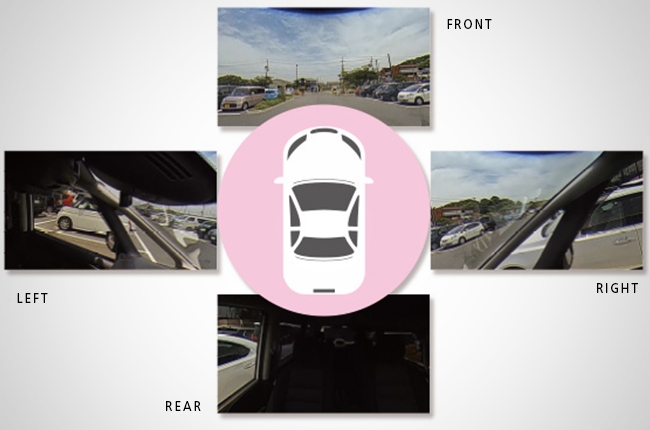 Alright, we exaggerated on that one but you get it right? Come on, it watches 360 degrees around you so what else could you look for? Now, you won’t need to spend more for a car variant that comes with rear back-up camera. The viewing angle is so wide that even capturing the traffic light that’s hard to achieve in conventional dashboard camera is made to look easy. On the other hand, vertical viewing angle is 240 degrees.

You may play the preview on your car’s main display unit by hooking it up with an AV cable, though you can preview it on the built-in LCD screen on the spot. In addition, you can download a viewer software so you could transfer the recorded data to your computer, including G sensor information. You may also choose from the three display modes: Round, Panorama, and 16:9. Whether your car is running or safely sitting on the parking lot, the Comtec Drive Recorder can perform its tasks. Recording time varies depending on the record mode you have selected. Memory is being taken care of automatedly by overwriting existing data when the limit is reached.

The good thing is even when the engine is off, the device automatically records whenever it senses impact. This is then saved as impact recording data. As standard, the Drive Recorder can capture data up to 12 hours with engine off. All it needs is a direct wiring code HDROP-14 to monitor your car in the parking lot.

Am I not putting my car battery at stake by recording 12 hours of footage? Nope, the device automatically cuts operation when the car battery voltage drops below the set power. Parking lot recordings are separately saved from normal recordings. In some conventional devices, the absence of worrying about your vehicle is sometimes substituted with worrying of losing everything you have recorded. The evidence you have now could possibly vanish into thin air. Good thing, it isn’t the case for Comtec’s Drive Recorder. The device has supercapacitors that suppress file corruption that’s often caused by sudden power disconnection while operation is taking place.

The device also comes with an SD Card Checking Function which avoids missed recordings when using a damaged memory card, as it scans it beforehand and sends out warning on the LCD screen to notify the driver. Lastly, it has a backup function so you’d feel more secure than ever. GPS-ready even when your car doesn’t have one.

Complete with GPS, the dashcam may also function as your navigation companion. Speed, and position information are also recorded along with the image recordings. It comes with noise countermeasure which fixes reception of terrestrial digital broadcasting and navigation. With this bonus feature, the device can actually display your running position on the map, as well as your speed – which we think is pretty nifty.

The Comtec Drive Recorder HDR 360 G has a price tag of P17,150 (35,969 yen). You could say it’s costly but with the aforementioned features, we’d consider thinking twice before going for another cheaper option. You may get a P10,000 dashcam but with considerably less features so we guess it isn’t that bad. It’s an all-in-one-er so why not?