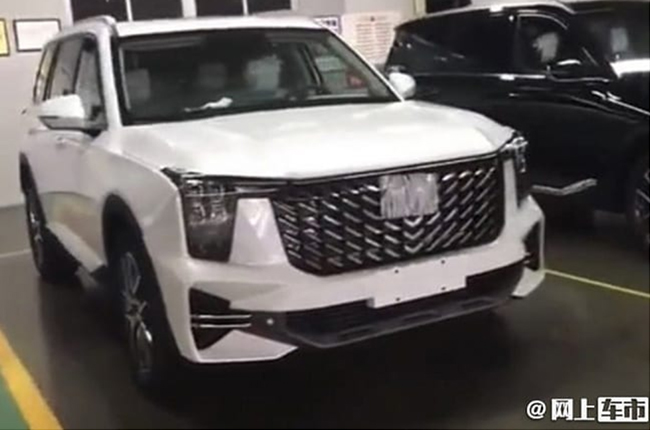 The all-new 2022 GAC GS8 has been leaked through a series of images posted by the Instagram page, kurdistan_automotive_blog_. The following photos reveal its redone exterior that now looks sleeker and edgier than the outgoing model. Part of the package is a redone fascia that gets a pair of newly shaped headlight which presumably houses LED projectors. Its lighting system is then connected by a shiny black material, apart from that, it also comes with a different grille that features a new pattern. You’ll also notice its new bumper which looks sportier than the one found on the current model, however, it seems like it’s missing a pair of fog lamps, though select variants of its updated range could possibly come with it. More changes continue over to its side, the strong yet composed exterior design has been retained all thanks to its well-planted character lines. The application of black cladding also continues over to the side further reminding you that this is a crossover. Its side mirrors still get blinkers, other notable design cues include the two-tone alloy wheels, silver painted roof rails, and its floating roofline which was made possible through its blacked out D-pillar. Like the rest of the midsize crossover, the rear has been totally redone as well. Everything has been changed, from the taillights, bumper, and even the shape of the dual-exhaust pipes. Likewise, it still gets a rear spoiler along with a shark fin antenna. Overall, its exterior looks sleeker and edgier than the outgoing model. Granted that we’re only showcasing the exterior images of the all-new GS8, the interior and powertrain details shall remain a mystery for now. However, rumors suggest that this next-generation model will be available with hybrid powertrain, which could mean that its 2.0-liter turbocharged engine will possibly be carried over with the benefit of electrification. While no official release dates were disclosed just yet, the debut of this all-new midsize crossover could possibly happen before the year 2021 ends.