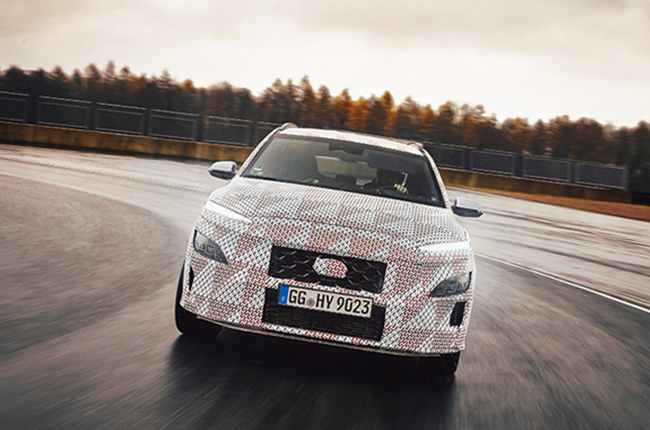 Just recently, Hyundai confirmed the expansion of its exciting N range of vehicles with the Kona. That said, like the rest of the N family, the subcompact crossover shall then feature a performance package that should make it worthy of being dubbed as a ‘hot SUV’.

We’re excited to expand the recipe for success we’ve developed with the i30 N and, most recently, with the i20 N to one of our most popular SUVs on the market today: Kona.
Andreas-Christoph Hofmann
Vice President of Marketing & Product at Hyundai Motor Europe Hofmann even emphasized that the addition of Kona N shall further bring its high-performance brand to the next level. Going over its mechanicals, the upcoming model shall be run by a 2.0-liter turbocharged engine that’s paired with an 8-speed Wet Dual-Clutch Transmission (DCT). While its figures were not disclosed just yet, Hyundai still promises that this motor is capable enough of rendering that powerful and nimble experience.

As mentioned earlier, like the rest of the N breed vehicles, the upcoming Kona N shall also come with a suite of high-performance driving features such as Launch Control and an emotional sound experience.

We may expect the actual model to carry a number of familiar cues from the standard Kona, from exterior to interior, though some distinctive appointments will surely invade the vehicle in order to properly distinguish it from the rest of the Kona lineup.

As a ‘hot SUV’, it will have plenty of versatility as well as the driving pleasure like any other N vehicle. N-thusiasts will enjoy taking this car anywhere; from road to the track.
Till Wartenberg
Vice President and Head of N Brand Management and Motorsport Sub-division at Hyundai Motor Company

As per the South Korean automaker, further details shall be announced in the coming weeks. So stay tuned for updates.