If you’ve ever been lost along EDSA because of misleading signs at the designated bus stops, you are not alone. Commuter guide Sakay.ph understands this dilemma and to address this issue, they are proposing redesigned signs.

They created their own version, which aims to be informative and commuter-friendly in the traffic-laden highway. Read on and tell us if their vision would be more effective than what exists on the road. The revised stop signs utilize a white background and a navy blue color for the bus icon. The letter categories for the buses are available in bright colors for visibility, and are now on the print itself and not just a sticker. The “next stop” signs under it are modular, meaning they are removable. 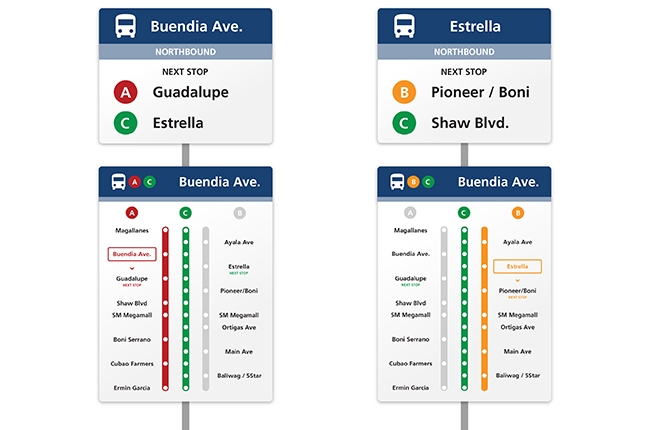 Compared to the typical bus directory, which shows the routes, the proposal now uses a dot-system, similar to what you will see in trains. A more detailed Route Map is available so you can view the approximate distance between the stops and major roads. They suggest a new Local Area Map which shows nearby establishments, perfect for those who frequently meet up at certain shops near the highway. 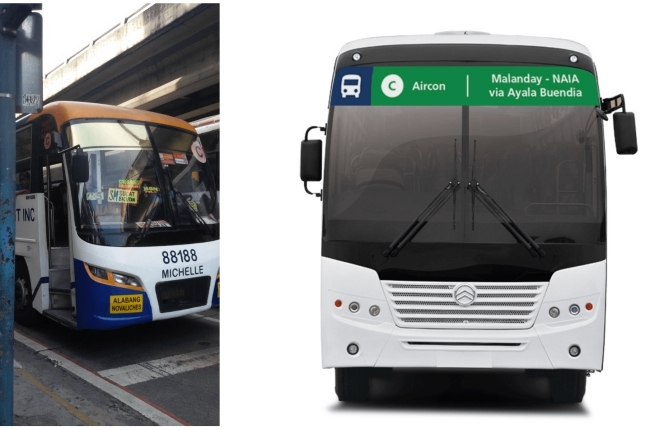 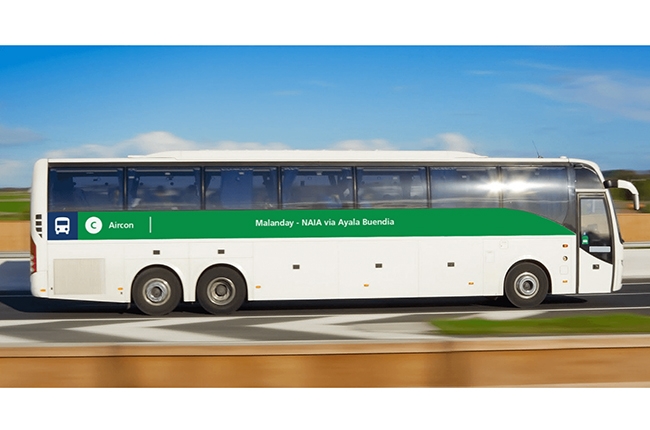 Aside from redesigning the stops signs and maps, they are also proposing for better bus signage/stickers. Instead of using route cards, they will add a sticker denoting details such as the bus route, bus letter and vehicle classification.

The sides of the bus will also have the same concept, only it spans across its entire length. Its color is the same as the bus’s category, so commuters can see even from a distance if the ride is worth running for.

Overall, this is a great concept that would make navigating throughout EDSA a lot easier. We just hope this gets to the concerned authorities so they can talk about improvement and implementation. If considered, this would be a good step towards better public transport.