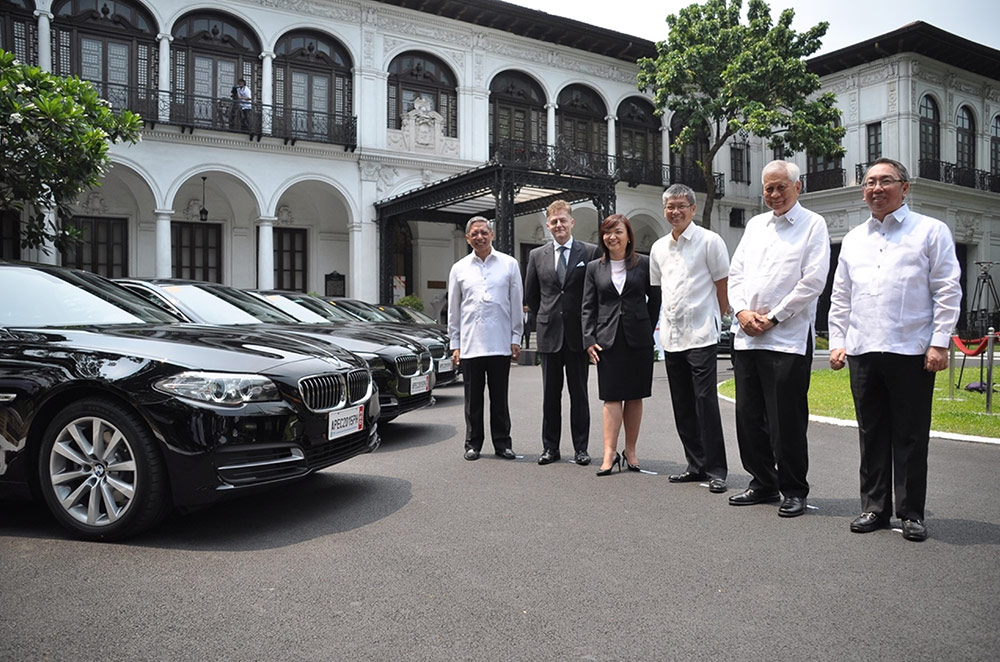 It was way back in November 2014 when BMW inked a deal as the official premium mobility partner for the APEC 2015 Economic Leader's Summit. Now 5 months later, they're sticking to their word as they turn over 200 fancy BMWs to the government.

The fleet of 5 Series, 5 Series Gran Turismo, and 7 Series Long Wheelbase were supplied by none other than BMW's official Philippine importer and distributor, Asian Carmarkers Corporation (ACC). But because they can't fit all 200 units at the Malacañan Palace, ACC only brought with them a small batch for the symbolic turnover ceremony held earlier this month. There to hand over the keys were Thierry Weidenbach, BMW Sr. Regional Manager for Asia Pacific and Maricar Parco, President of ACC (who happens to be the tall man in a business suit and lovely lady beside him in the supplied press photo).

“BMW is honored to play an integral part in the APEC 2015 Summit as its official premium mobility partner. We applaud the Philippine government for taking the lead in working towards the creation of one integrated Asia-Pacific economic community,” said ACC President Maricar Parco.

Starting in a week or so, the 200 BMWs will be used to chauffeur world leaders, industry experts, and representatives from the private sector (all dressed in fancy suits we imagine) to the ministerial meetings of the 2015 APEC Summit. This involves driving them to and from select venues in Metro Manila and the Visayas region.