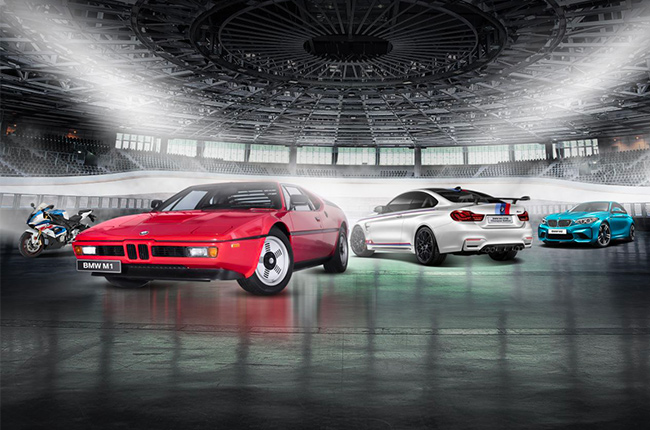 Rarity is a currency that not everybody can afford. With that, SMC Asia Car Distributors Corp. (SMCACDC), the exclusive importer and distributor of BMW in the Philippines, wants to pump up their booth at the 2018 Manila International Auto Show (MIAS) with the special appearance of their rarest and most iconic sports cars in the country.

We’re talking about the only BMW M1 in the Philippines today. This model is the first success story of BMW in motorsport and named one of the best supercars ever made. For starters, the M1 was produced from 1978 to 1981, and was supposed to be created with Lamborghini. Unfortunately, the partnership didn’t push through, which prompted BMW to produce the car themselves. Another car to witness is the BMW M4 DTM Champion Edition, which is the celebratory model of Marco Wittmann’s win in the 2016 German touring car series. This is one of the limited 200 units ever made, mind you.

We are proud to host an especially curated exhibit of the best of BMW at the Manila International Auto Show 2018, under the theme ‘Work and Play.’ The models that we will present truly embody not only this year’s concept, but also our promise of ‘Sheer Driving Pleasure’ in every journey.
Maricar Parco
SMCACDC President

Aside from those two rare cars, SMCACDC’s current local lineup will also be on display at the MIAS. The recently launched X3 crossover will be there, as well as the 370-hp M2 Coupe and the 4 Series Gran Coupe classy food-door sedan.

BMW Motorrad will also go side-by-side with the brand’s cars, starting with the S 1000 RR superbike, the G 310 R city bike, and the first-ever G 310 GS entry level adventure motorcycle. We’re not sure if the BMW Heritage motorcycle lineup will be there, but we sure do hope so as that would be a sight to see.

SMCACDC will also give away limited BMW gifts during the event, and will feature BMW Lifestyle items and merchandise at special rates.