The Chevrolet Camaro is an iconic muscle car that was launched back in the 1960s. It became so popular in the US, making several movie and TV appearances, winning races in the Trans-Am Series, and even had songs written about it.

To commemorate its heritage and success, the American brand created the 50th Anniversary edition Camaro.

This 6th generation muscle car comes in a distinctive color Nightfall Gray Metallic with a special stripe. It’s also fitted with exterior badges and body-colored front spoiler to set it apart from other Camaros. Other extra add-ons are the unique grille with satin chrome accents, orange brake calipers, and a set of 20 inch 50th Anniversary wheels. 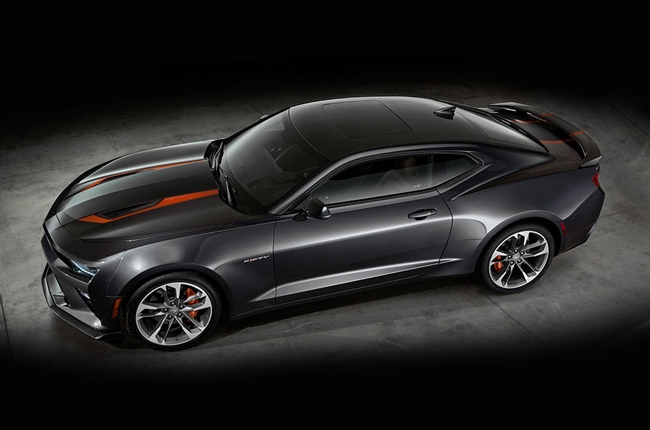 The interior of this coupe is wrapped in black leather with suede inserts and orange accents. There are also other 50th anniversary embellishments on the instrument panel, seats, steering wheel, and illuminated sill plates.

The 50th Anniversary Camaro is made available as a coupe or convertible with the 2SS and 2LT variants and will go on sale this summer in the United States.

Meanwhile, the previous generation Camaro is still available in the Philippines on a per-order-basis. For more information about the current Chevrolet Camaro, visit the AutoDeal Car Guide.