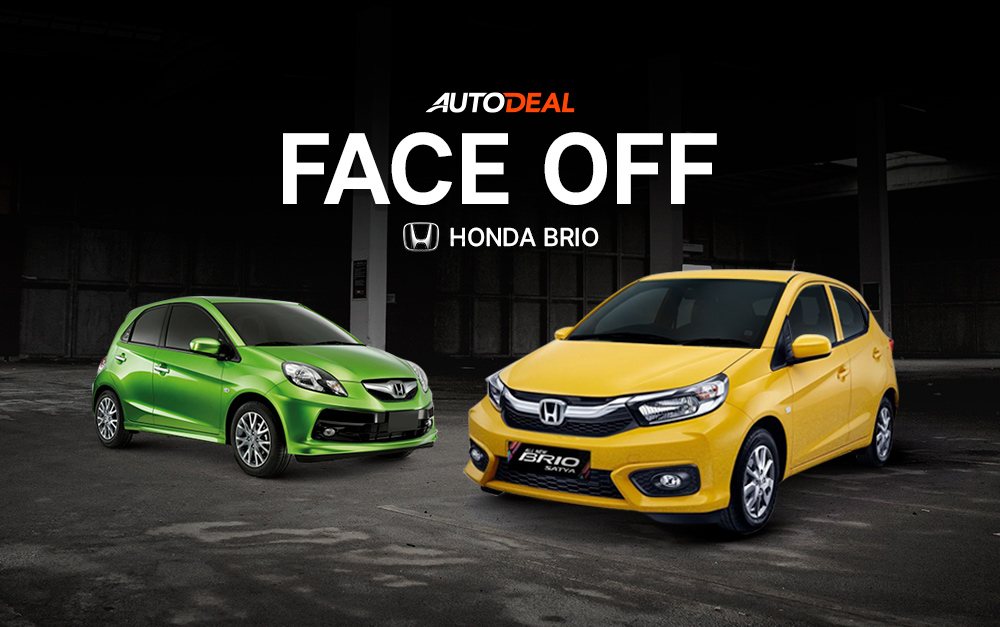 Honda Cars Philippines launched the first Brio at the 2014 Philippine International Auto Show (PIMS). For five years, the Brio struggled to appeal to the masses, while segment rivals flourished with relatively overwhelming sales output. This year, it begs to claim the reputation it deserves, with heavily refreshed exterior and interior design – including a new engine and an RS badge.

Probably the tiny big thing of the second quarter of 2019, the second-generation Brio now embodies the current design language of Honda. And, since there’s a new model in the market, avid AutoDeal readers know the call for a tradition – a face-off comparison of the old and the new. 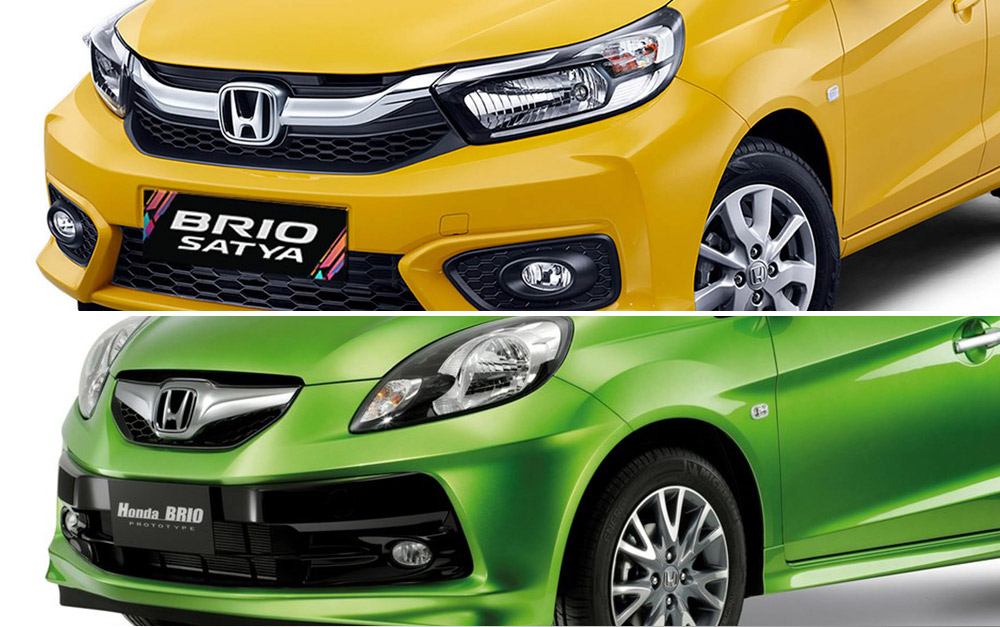 In comparison with the outgoing model, the 2019 Honda Brio is multiple times sportier. The all-new model now features Honda’s signature wing grille, which is composed of sharper headlights integrated with multi-reflector halogen lamps and LED guide lights. This is accentuated by sporty bumper designs with wide vents. Five years ago, the Brio featured large inverted teardrop-shaped headlamps. Instead of projecting sporty impressions, the old model leans more toward the quirky side. View the image below to tell the difference.

The new model also has an updated rear. Out goes the pizza-shaped taillights and in comes the C-shaped lamps. The rear bumper also complements the sporty front with dynamic creases – as compared to the simple flat surface of the one on the old model. A side view of both the 2019 and 2014 model shows that there is a slight difference in body length. The second-generation model has longer body due to a more angled tailgate and what seems to be a longer hood. For exact measurements, the new model’ body and wheelbase are 190 mm and 60 mm longer, respectively. It also sits lower to the ground – 137 mm ground clearance to be exact.

A copy of Jazz’s interior layout Moving onto the interior, there’s a refreshing cabin experience now that the dashboard was patterned to the one on the Jazz. The steering wheel design is kind of similar, though it now comes with audio controls for more convenience. The round air conditioning vents have been updated to flow along with the outline of the dashboard. Our most favorite part of the 2019 Brio launch was the RS variant. Take note that this is the first time that the Brio gets the RS treatment. Apart from the coveted red RS badge that decorates the front grille, this exclusive trim has a blacked-out grille, side sill garnish, blacked-out roof, 15-inch rims with distinct design, side-mirror-mounted repeaters, black rear diffuser, and spoiler with high-mounted LED brake light.

Further, the interior of the RS trim includes orange contrasting accents on the dashboard, gauge cluster, door handles, and the seat upholstery. On the center of the dash is a seven-inch infotainment screen with Bluetooth and iPod connectivity. Lastly, the Brio RS also gets a paint job exclusive to the badge, which is the Phoenix Orange Pearl. Despite the updates on the exterior and interior, it’s also evident that the Japanese marque scaled down the engine size. The former 1.3-liter gasoline engine is now replaced by a 1.2-liter L12B i-VTEC power plant coupled to a five-speed manual or Honda’s Earth Dreams continuously variable transmission (CVT). Since the engine is smaller, the power output is less compared to the former. The Brio used to have 100 hp and 127 Nm of torque, which is one of the dominating numbers in the segment. Now, the Brio only has 89 hp and 110 Nm of torque.

We can’t judge the car at this point in time yet, as we still haven't driven it. The only thing that would make sense is if the new generation has lighter body weight. If that’s the case, even if the 2019 model is longer, a lighter chassis could make up to the loss of power. For now, the only thing we know is that it has a smaller engine and a longer side profile. That said, we sure would love to take one out and experience it ourselves.

If you want to know more about the 2019 Honda Brio, you may visit AutoDeal’s car guide section. There you can see its detailed specifications, complete price list, and model range. You may also watch the launch video below: