Earlier this month, Mitsubishi Thailand dropped a teaser photo of the 2020 Mirage.

It only showed the side profile of the car and the rest of the details were covered in darkness. What was apparent in the teaser image was that the new subcompact sedan and hatchback would feature Mitsubishi’s "Dynamic Shield design" language. While the new look wasn’t as radical as what you see on the Xpander and Montero Sport it certainly is a big change from the current model.

The 2020 Mirage hatchback and Mirage G4 will be officially launched in Thailand on November 18, 2019. But thanks to a member of the Mirage G4 Philippines Club Facebook group, who asked not be named, we got our first full look at the new model that was spotted in Thailand. First off is the Mirage G4. The three-layer, horizontal-bar grille, sporting red lines on the first two bars, is combined with chrome accents from the headlights going all the way down to the lower bumper, reminiscent of the Xpander.

Meanwhile, the headlight projectors are now housed in pentagonal frames, while the park lights and signal lights have been moved inward. Topping off the new headlight housing is a daytime running light LED strip. 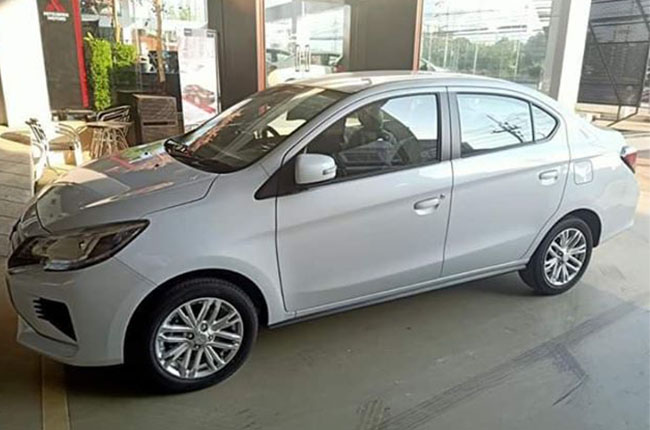 Even with the new nose, the facelifted Mirage and Mirage G4 still retain the same side profile. As before, an accented body line right above the door handles gives the car more depth.

The wheels are also all-new, but the sizes are still unknown. We think that these will still be 15-inch alloys, as with the current Mirage. 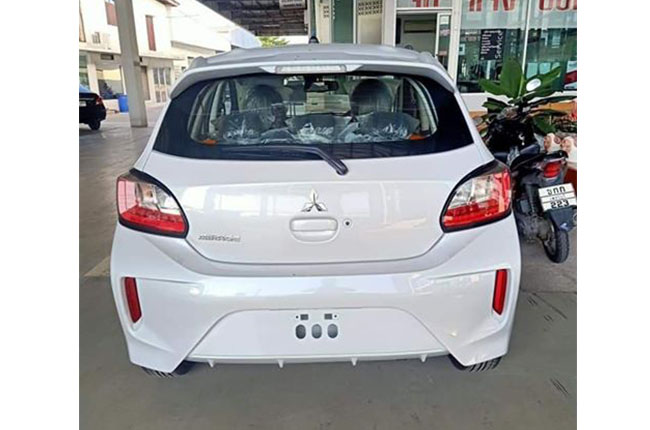 Move to the rear of the Mirage and you’ll spot all-new taillights and a new bumper. The taillights still retain the same dimensions as the current model’s, but the real change is in the design.

The taillights now stand out with a black plastic surround, much like eyeliner. In addition, the brake lights and running lights now form two L-shaped layers, while the innermost portion houses the signal lights and reverse lights. The Mirage G4 also gets the same tail light treatment.

Finally, the rear bumper now has vertical reflectors instead of the previous model’s horizontal ones. Both Mirage variants also feature what appears to be color-keyed air diffusers under the rear bumper, adding a sportier touch to the rear end.

Little is known if the new Mirage will come with a new engine to match the facelift. There is also no word yet when 2020 facelift will make it into the local market but we will keep you updated when more information comes out.