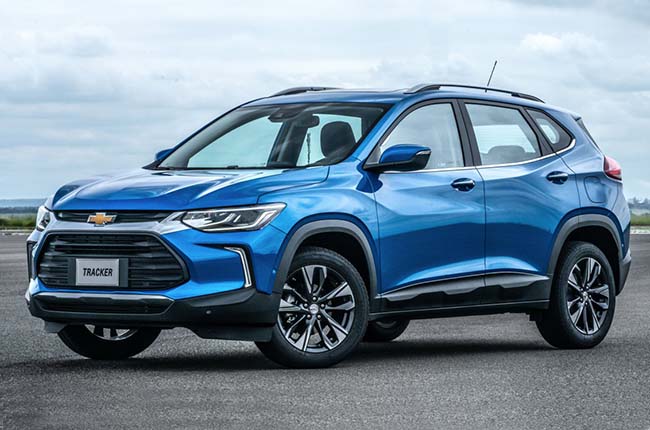 A new vehicle might soon be joining the model lineup of Chevrolet Philippines in the form of the Tracker. General Motors (GM), the Golden Bowtie’s parent company, has recently filed for a trademark on the Tracker nameplate in the country. The trademark was filed on February 14, 2020, just a couple of days before GM announced that it would be leaving Thailand. This indicates that Chevrolet might soon be sourcing its vehicles from a different country and signs point to China or Brazil being the next two source options.

The Chevrolet Tracker was already launched in China back in June of 2019 and serves as a B-segment crossover. It rides on GM’s Global Emerging Market (GEM) platform which is used for models found in Latin American and in other parts of Asia. Since the platform is designed for the emerging market it would be a perfect fit in the Philippines. The new platform gives the Chevrolet Tracker a length of about 4,270mm which puts it up against the likes of the Suzuki Vitara, Hyundai Kona, and Kia Seltos in terms of Size.

Power options for the Chevrolet crossover come in the form of a 1.0-liter and a 1.3-liter gasoline engine. While the engine displacement seems small on paper these motors do pack enough power to get the crossover moving. The 1.0-liter produces a respectable 112hp while the slightly larger 1.3-liter motor produces 162hp. Both powerplants shift via either a 6-speed dual-clutch transmission or a CVT. If Chevrolet Philippines was to source its new Tracker models from China then its exclusive distributor The Covenant Car Company Inc. wouldn't have a problem. The company is already well versed in the importation of Chinese made vehicles as the majority of its MG models also come from China. If the Tracker does enter the Philippine market it will be replacing the Trax as both vehicles reside in the same segment. There is no official word yet as to when Chevrolet Philippines might be launching the new vehicle but our best guess puts its launch date to be towards the second half of 2020.