The said venture will be based at GM’s existing battery pack manufacturing facility in Michigan. It is expected that the mass production will begin around 2020 and will generate 100 new jobs, with equal investments of $85 million (around P4.2 billion) from both companies. 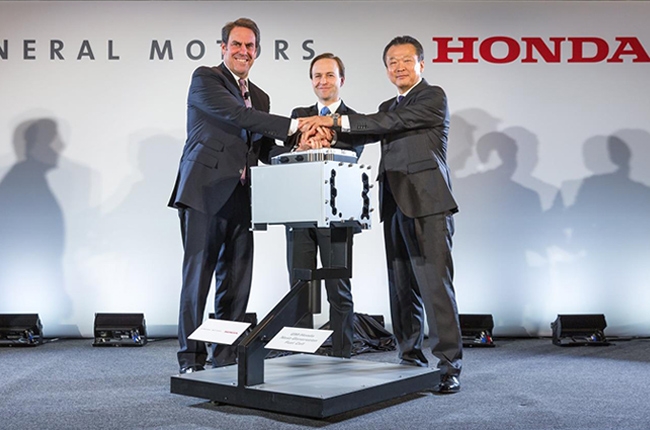 As a review, it was in July 2013 when GM and Honda announced their master collaboration for the co-development arrangement for next-generation hydrogen storage technologies.

Over the past three years, engineers from Honda and GM have been working as one team with each company providing know-how from its unique expertise to create a compact and low-cost next-gen fuel cell system,” said North American Region for Honda Motor Co., Ltd. chief operating officer and Honda North America, Inc. president Toshiaki Mikoshiba,

As for their achievements in fuel cell development, both automakers are well-known leaders in the said technology. With approximately 2,220 patents under their name, GM and Honda rank 1st  and 3rd respectively in total fuel cell patents since 2002 to 2015.

Honda is also an active member of the Hydrogen Council established by 13 leading energy, transport, and industry companies. This is a project that looks forward in commercializing the use of hydrogen as energy source or clean fuel in cars.