The Toyota GR Supra’s product life cycle is in full swing, with the model’s sporting prowess and engineering is being put to the test in all parts of the globe. The new car has lived up to most expectations, and then some. Many tuners and enthusiasts have already taken to this platform and made it their own just like the Mark IV back in the day. Though just like any other Japanese car, it appears that the Japanese Domestic Market (JDM) always gets the best stuff, and we’re a bit jealous.

Don’t get us wrong, we’re extremely thankful that the new Supra made its way to the Philippines, but the Supra RZ Horizon Blue variant, exclusive to the Land of the Rising Sun, is just so drool-worthy — as if the vanilla one wasn’t enough. A similar counterpart can be found in the US market’s A91 edition — a splitting image of the Horizon Blue Limited Edtion, that features the same improvements and a similar hue of blue as well as other colors. The A91 edition will be limited to only 1000 units, unlike the RZ Horizon Blue, which will be made in considerably-less quantities.

For the 2021 year model, the Supra RZ Horizon Blue will receive a devilish blue paint job and several and substantial upgrades that improve performance. An uprate of 14% over the standard Supra brings the power figures to 382 hp and 499 Nm of torque. As a reference, the base power figures of the normal Supra is rated at 335 hp and 495 Nm of torque. The small bump in power nets a quicker 0-100 km/h acceleration time of 3.9 seconds, two-tenths of a second quicker than the previously advertised 4.1 seconds when the model first launched. 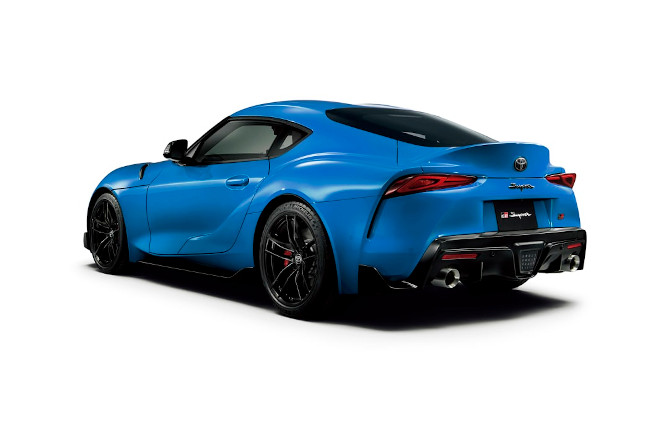 Handling is also improved, with a front brace that improves chassis rigidity and a retooled suspension for enhanced cornering ability.

On top of all of these upgrades is a limited-edition Horizon Blue color, that may be familiar if you play Gran Turismo Sport. The hue can also be found in the cabin’s accent colors in the form of stitching that can be found on the seats, steering wheel, and dashboard upholstery. Toyota has also outfitted this model with an 8.8-inch infotainment screen which is a marked improvement over the smaller 6.5-inch unit found in the standard model. 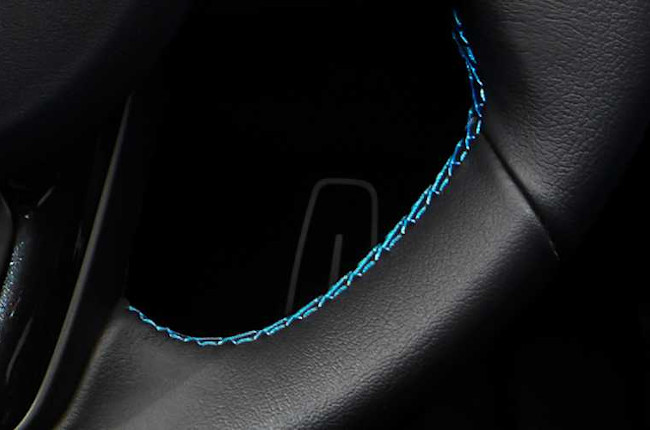 The 2021 Supra is also available in seven colors in Japan, which include the limited Matte Storm Grey Metallic with only 27 units, and the new Horizon Blue with only 100 units. Toyota is taking orders in Japan for its halo car and will be able to deliver the units by October of 2020. We’re hoping that maybe a special edition or an updated model will be slated for the Philippines as well.