Earlier in July of 2020, Ford Philippines announced that it would be bringing in an all-new vehicle to add to its local lineup of vehicles in the country. At the time we were only given the name - the Ford Territory. Now, however, the Blue Oval has added more information about its upcoming 5-seater crossover.

Ford Philippines has confirmed that the all-new Ford Territory will be coming into the country with a 1.5-liter EcoBoost motor that will come with CVT. The American brand has also confirmed the dimensions of the vehicle. It will measure in at 4,600mm in length, 1,900mm in width, and 1,700mm in height. Ford even states that with its new powertrain customers can expect to enjoy lower service maintenance costs with a once a year scheduled service interval instead of the regular servicing that is done twice a year.

Related: All-new 2020 Ford Territory to launch soon in the Philippines 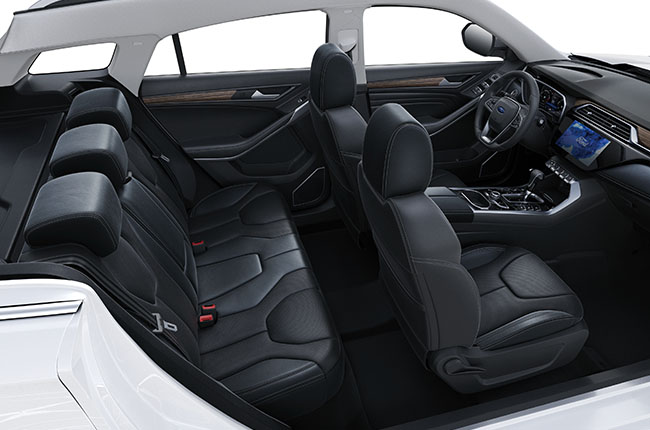 The Ford Territory will be available with two variants, Trend and Titanium. It will also come with driver assist technologies such as a 360-degree camera, adaptive cruise control, adaptive park assist with parallel and perpendicular parking function, leather power adjustable seats with cooling function, and a 10-inch touchscreen infotainment system along with wireless charging. The all-new Ford Territory will also come with a panoramic moonroof along with 18-inch alloy wheels.

With the Ford DNA ingrained in its design, quality, and capability, the all-new Ford Territory is designed and engineered following Ford’s highest global quality standards to deliver an all-in- one SUV package that will deliver great value to Filipino customers looking for a stylish, spacious and technologically-advanced SUV.
PK Umashankar
Managing director, Ford Philippines

Ford Philippines has yet to release information as to when it plans to officially launch the all-new vehicle into the local automotive market as well as the official pricing of the anticipated vehicle. However, the local branch of the Blue Oval has stated that it plans to launch the new model sometime in August of 2020. With that said all we can do for now is wait for more information from the brand to arrive to finally find out when the Ford Territory will officially launch in the country.