In a relatively low-key launch, PGA Cars Inc., the official distributor of Porsche vehicles in the country, has revealed to the public the 2018 model of their flagship SUV, the Porsche Cayenne. The third generation SUV was shown off in the color white at the Power Plant Mall in Makati, alongside the recently launched Panamera Sport Turismo. Changes for this year include newly designed rear combination lamps, which feature a one-piece design, matching the look of the rest of the 2018 lineup of Porsches. The front headlights still feature the quad LED daytime running lights and LED projectors for maximum light output, matched with a larger and wider front grille. 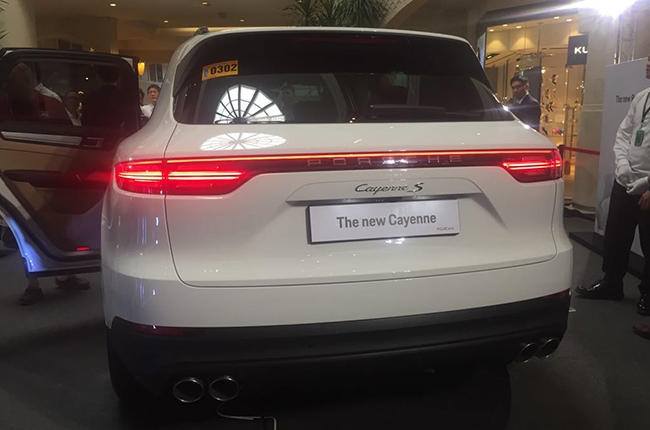 In terms of size, the Cayenne remains relatively unchanged, as the wheelbase is the same (2,895mm), but great lengths have been taken to maximize interior space by increasing body size by 63mm. The new Cayenne will come with three engine sizes at launch, each of them turbocharged gasoline mills mated to an 8-speed Tiptronic transmission. The first being a 3.0L turbocharged V6 with 335hp and 450 Nm of torque, the second being a 2.9L biturbo V6 with 430hp and 550 Nm of torque, and the last being a 4.0L biturbo V8 that creates 550hp and 770Nm of torque. These engines are available to the base Cayenne, Cayenne S, and Cayenne Turbo respectively. Rear axle steering (taken from the Panamera and 911), standard all-wheel drive, three-chamber air suspension, Porsche 4D Chassis Control, and the Porsche Dynamic Chassis Control (PDCC) electronic roll stabilization system are also new features found in the Cayenne. 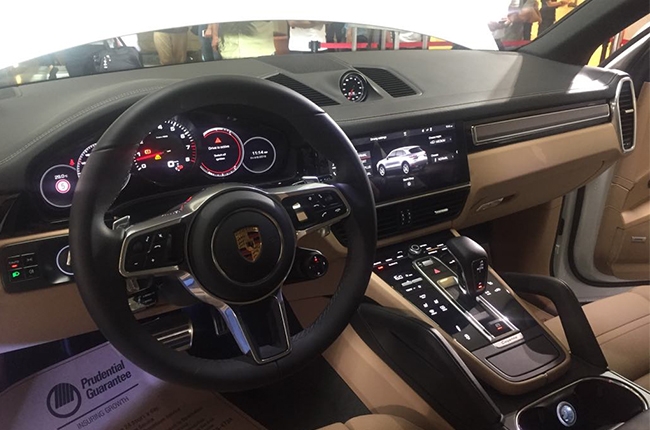 On the inside, cabin changes are minimal, with most of the new touches being applied to the instrument panel and multimedia system. Called the Porsche Advanced Cockpit, most vehicle functions and controls have been moved to the 12.3-inch center touchscreen, and the familiar analog gauges are flanked by customizable driving displays.