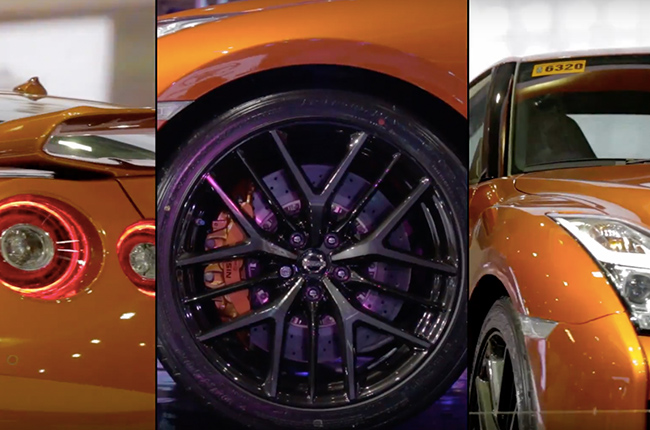 The 2018 Philippine International Motor Show (PIMS) is right around the corner, and if you’re just like us, we’re ecstatic to see what will unfold during the event. Besides, the theme of this year’s event is Future Mobility, and the participating brands were asked to interpret what the future of mobility in the Philippines is all about. This means one thing – forthcoming vehicles will be displayed side by side with the participating brand’s current new models and best-sellers. Well, not all brands, but most of them.

For starters, this is the 7th iteration of PIMS, which happens every other year (or biennial). While suspense was a weapon used during the previous PIMS, participants of this year’s motor show have disclosed what their booths will showcase, and we’re lucky to have them ready for disclosure.

Here are the 17 participants of the 2018 PIMS (in alphabetical order), along with the vehicles that they will display during the show:

BAIC interprets future mobility using its company name – BAYAN, which stands for Brand loyalty, everything is Automated, Youthful designs, Alternative vehicles, and Niche markets. The Chinese brand looks to represent BAYAN through its newly-launched M50S MPV and BJ20 crossover. We’re also informed that the bigger M60 MPV will also be exhibited during the auto show. Luxury brand BMW will always be known for its Sheer Driving Pleasure, which will be represented by the first-ever 6 Series Gran Turismo and X2, the all-new X4 and M5, and the heart-stopping M2.

Commercial vehicle manufacturer Daewoo will offer its Clean & Green Technology at the 2018 PIMS, which will be embodied by the Daewoo Bus BS120SN and Daewoo Truck Medium Commercial Vehicle with Euro 5 Emission Standard Engine equipped with SCR System.

Aside from its light, medium, and heavy trucks, FUSO will also put forth its modernized PUV and light buses to show a future geared toward safety, cleaner emissions, and economy.

Honda wowed the crowd when it introduced the Philippine-spec Honda Civic Type R at the 2017 Manila International Auto Show, and it plans to do so again this year in PIMS, along with the BR-V, City, and CR-V. Isuzu’s Blue Power prowess will take center stage in its booth, including the much-talked-about 1.9L RZ4E versions of the D-Max and mu-X. The company’s version of modernized PUVs will also be presented, along with its latest EXZ QL truck.

Although not identified in the press release, Jaguar is set to reveal all-electric, autonomous cars at the 2018 PIMS. The E-Pace and F-Pace crossovers will also be present in its booth.

Land Rover, on the other hand, focuses on environmental responsibility, developing fuel-efficient vehicles with lower environmental impact. The Discovery and new Velar will be up for public viewing as well.

Revealed to the media last week, Mazda will be showing the more powerful MX-5, updated Mazda6, and the flagship CX-9 Signature to the public, showcasing the strength of its SkyActiv technology.

Among the first to announce its lineup at the 2018 PIMS is Mitsubishi, with the e-Evolution Concept and Outlander PHEV in line for public viewing. Both green vehicles will be joined by the brand’s formidable lineup: the Xpander, Montero Sport, Strada, and the Mirage G4.

Nissan’s best-selling Leaf EV will be on the spotlight in the brand’s booth being the forefront of the Nissan Intelligent Mobility banner. It will go side by side with the all-new Terra, Navara, and X-Trail.

The only Korean in the bunch, SsangYong will boast its contender to the booming pickup truck segment, the Musso.

Suzuki and its lineup of compact cars will also be present, which will be represented by all-new Swift and Dzire, as well as the popular Vitara subcompact crossover. Probably one of the most exciting reveals will be in Toyota’s booth, as its TJ Cruiser Concept will finally reach the Philippine shores. Along with the concept are the brand’s best-sellers – the new Vios, Innova touring Sport, Fortuner, as well as the Prius C hybrid.

Last, but definitely not the least, Volkswagen will exhibit its BlueMotion technology with the new Santana AT subcompact sedan, as well as its wagon GTS version. The German brand will also boast the new Lamando 280 TSI DSG Comfortline and Highline in its booth.

The 2018 PIMS will happen on October 24 to 28, Wednesday to Sunday, at the World Trade Center in Pasay City. Don’t forget to bring your family as there are family-friendly activities during the five-day event. Test drive activities are also bound to happen in the show’s parking grounds. Tickets to the car show se for P100 only and are available via smtickets.com.