Establishing its foothold, and committing to extending its total support to more Filipinos, Hino Motors Philippines (HMP), extends its dealer network in the Philippines to Southern Mindanao with its first dealership for 2019.

The modern jeepney maker, since its groundbreaking ceremony back in September of 2017 has conducted its ribbon cutting ceremony on February 8, 2019 in the south of Mindanao.

Situated in General Santos City, specifically in Barangay Apopong along the city's national highway, The second, and newest dealership in the region under Motomall Davao Corporation (MDC) opened its doors on February 8, 2019. The 3S dealership offers service operations, sales, and spare parts to address the city’s needs in logistics, transportation, and other industries.

We have been looking forward to this day since the ground-breaking ceremony. We are confident that Hino General Santos will be another successful dealership under MDC’s supervision. As we open more dealerships this year, we will continue to work hand in hand with our dealer partners to ensure that our operations stand by our Total Support mantra,
Hiroshi Aoki
HMP President

Being one of the more developed provinces in SOCCSKSARGEN, and known for being the Tuna Capital of the Philippines, Gen San is a major hub for commerce in the area. Thanks to its readily accessible water and airports. HMP aims to spur economic growth by providing Filipinos with reliable transport and freight vehicles. 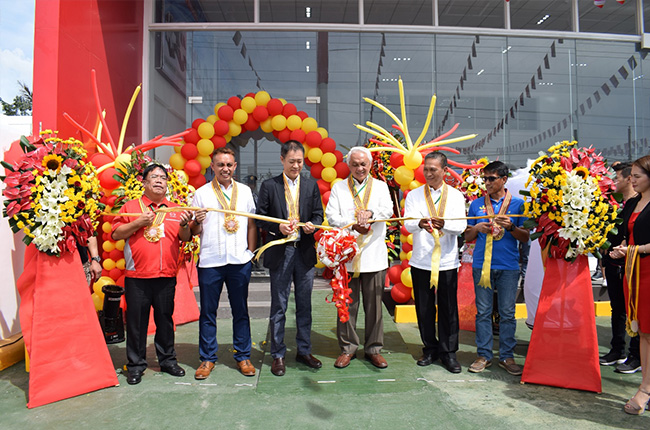