Honda Philippines has announced that it will be collecting safeguard duties on select vehicles in its model lineup. This was done in order for the Japanese brand to comply with the Department of Trade and Industry’s (DTI) new tariffs on imported vehicles in the Philippines. While other car manufacturers have been collecting the whole amount of the import tax, Honda is only collecting a smaller amount and is shouldering the rest. This was done so that the customer’s welfare would be prioritized especially during these trying times.

The safeguard tariff affects the Honda City, Honda Brio, the Honda Civic E, and the Honda HR-V RS. Other vehicles in Honda’s local lineup such as the Jazz, Mobilio, BR-V, Civic Rs, and the CR-V in its 2.0 S gas variant, and V diesel variant will also be subjected to the new provisional safeguard duty. However, the automaker will announce these adjustments at a later date. 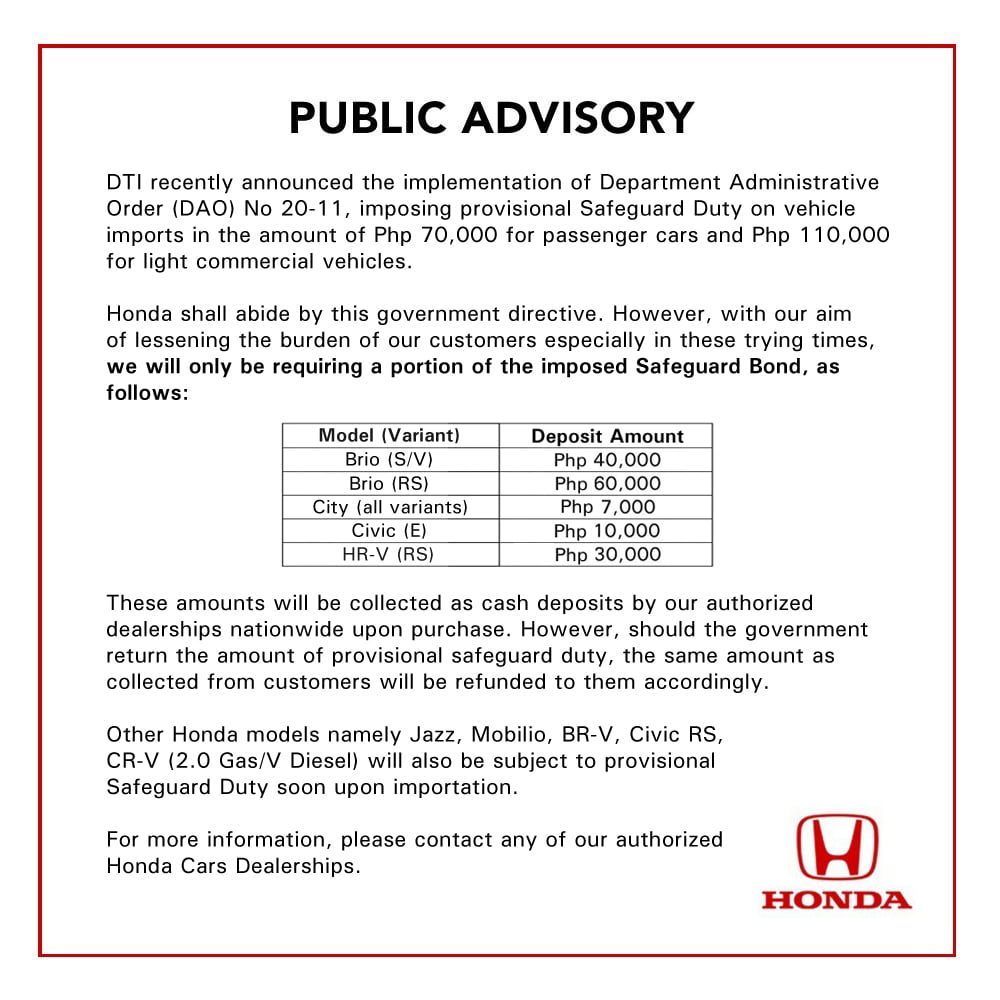 In the event that the safeguard duties on imported cars are removed by the DTI and Bureau of Customs, Honda Philippines will refund its customers that amount that paid for the tax. The automotive brand has also stated that it will issue a separate advisory that will pertain to the required deposits for the affected models.  Honda has also announced that those looking to get vehicles that arrived before the safeguard duties were implemented will still be able to get the units without paying for the extra deposits. A special road caravan will be held to push these pre-DTI safeguard duty vehicles from March 8 to 14, 2021 at select Petron gasoline stations.

The following are the list of Petron Gasoline stations participating in the event:

Our dear customers continue to be Honda’s top priority at all times. We are hoping that with the aforementioned efforts, we will be able to extend a helping hand to our customers in addressing this challenge.
Masahiko Nakamura
HCPI President